While sitting at a particularly long stoplight after trying my hand at leatherwork, I started thinking about what I would say if someone complimented my new handbag. “I like your bag,” they’d say. “Oh, thanks, I made it!” I would cheerfully reply. “You do leatherwork?” they would inquisitively ask. “I dabble in it.”

Ooooooooooooooh, that’s why it’s called Dabble. Now I get it. 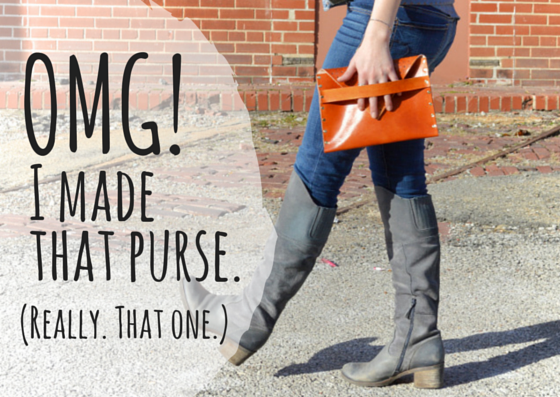 Let’s backtrack. I was just invited to try a Dabble class, and — despite apparently not thinking twice about the name until the drive home — I immediately jumped at the chance to make my own purse.

Here’s what you need to know about Dabble: Dabble is like a phone book of budget-friendly classes taught by your neighbors with serious skills. Or, as Dabble eloquently says it, it’s “an online marketplace for fun and affordable classes in the community.” Programs are currently set up in St. Louis, Chicago, San Francisco, Denver, New York, Los Angeles, Kansas City, Pittsburgh, and Zurich. Current St. Louis offerings range from Scotch 101 to Beginner Bike Repair to Shibori Happy Hour. Classes vary in price, with some as low as $5. 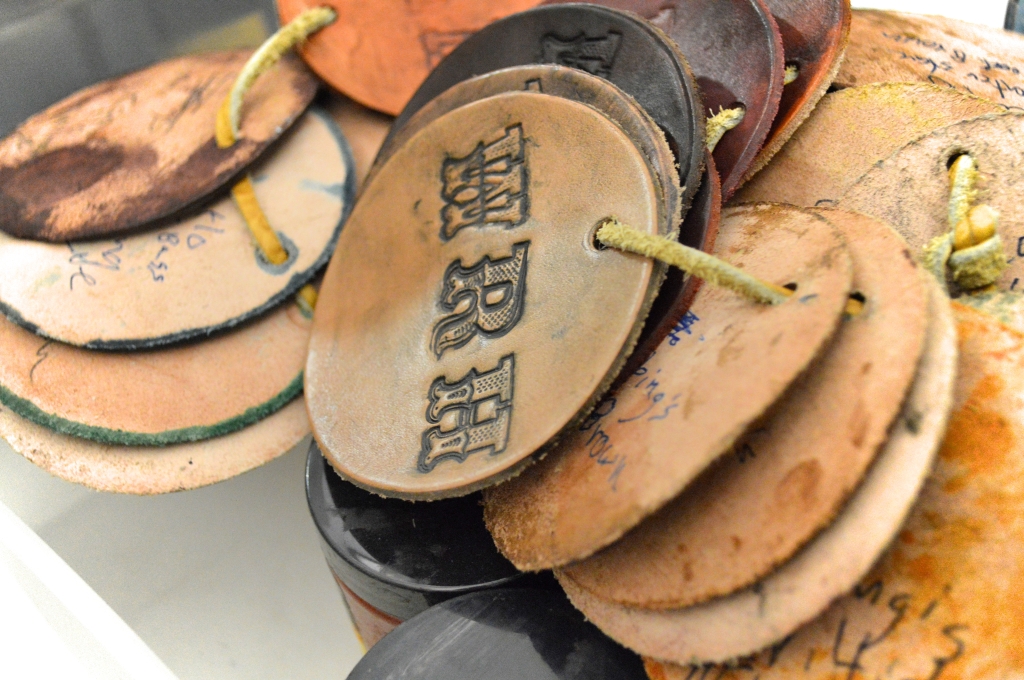 My first Dabble class was the BYOB two-hour Functional Leatherwork course, taught by local artisan William Rae Hatch. There were a few handfuls of attendees, and we all made a laptop case, tablet case, or purse. We started by trying out the tools on scrap leather — turns out, once you screw up leather, there’s no going back, so practice was key. We decided on a pattern we liked, grabbed our real pieces of leather, and got to work. The instructor pre-cut the leather before the class so we would have as much time to work on the designs as possible. After the pattern was perfect (or rather, done; mine is perfectly imperfect, I’d say!), it was dyeing and water-proofing time; we then added the grommets to close up the sides. Lots of mallets were used throughout, which somehow makes me like leather more. (And using said mallets all evening was weirdly therapeutic.) 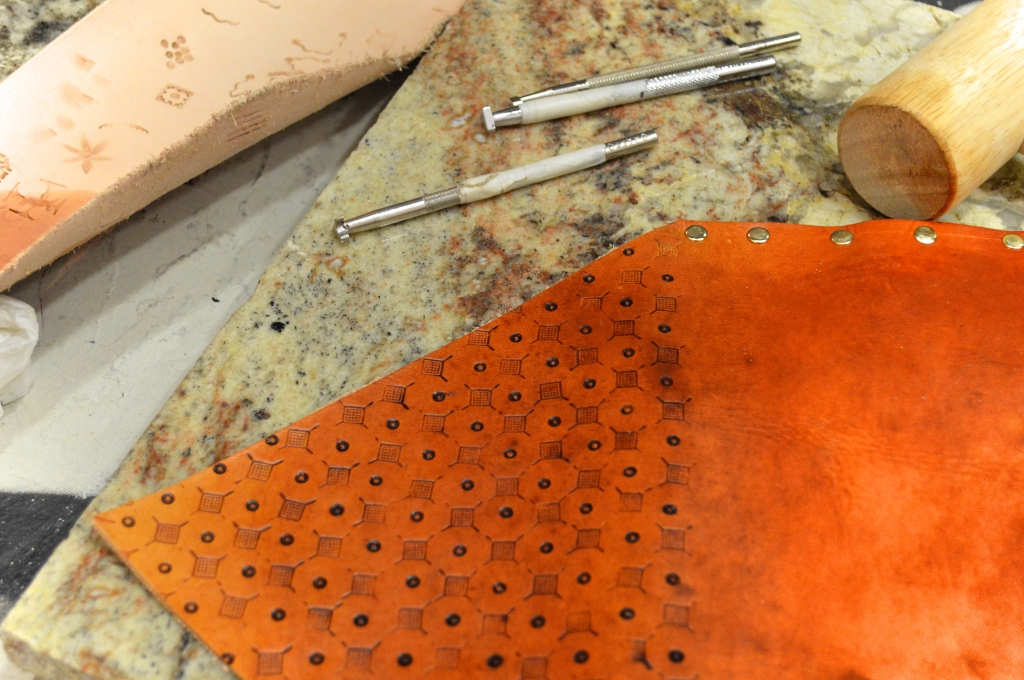 Hatch warned that we should let the items rest for at least a week to allow full drying time. I am ecstatic to report that it’s finally time to start using mine; it has been so hard to wait. 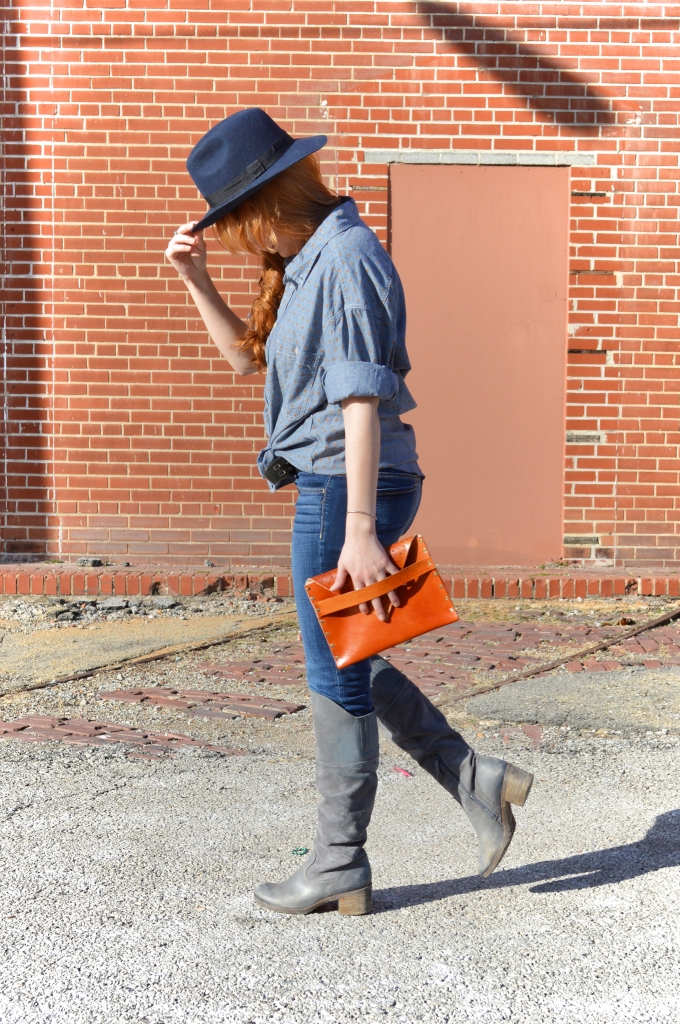 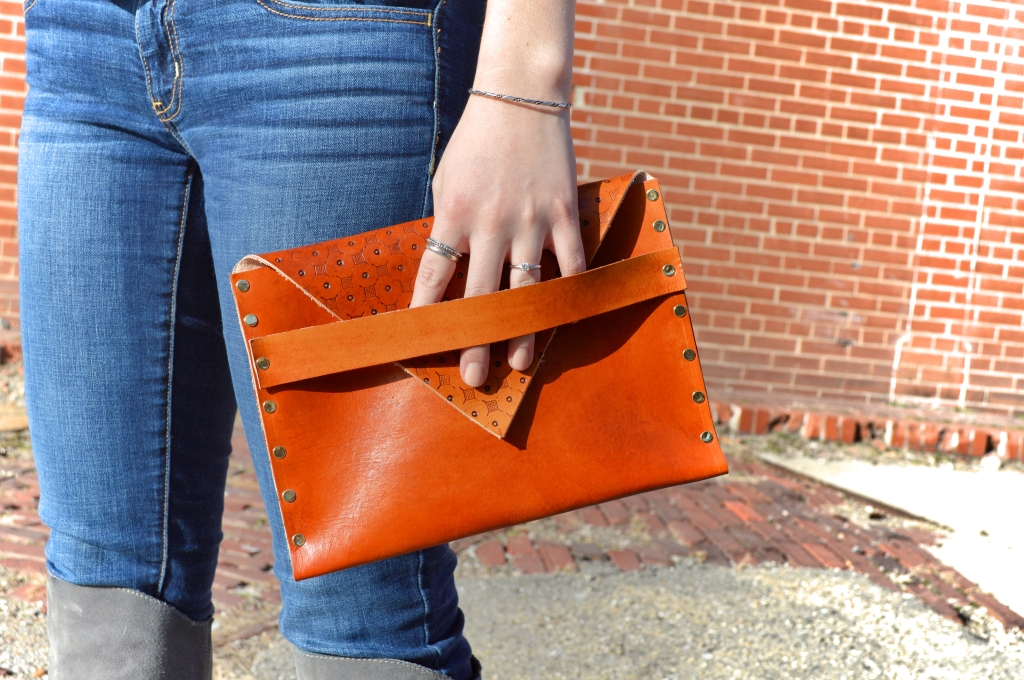 Would I ‘Dabble’ again? Absolutely! With their one-time nature, these courses offer a commitment-free way to try something out while supporting a neighbor. I’d love to learn lots of new skills, or find out more about appreciating things my taste buds ignore, or try my hand at a new exercise class — and I’d really, really love to make another purse.