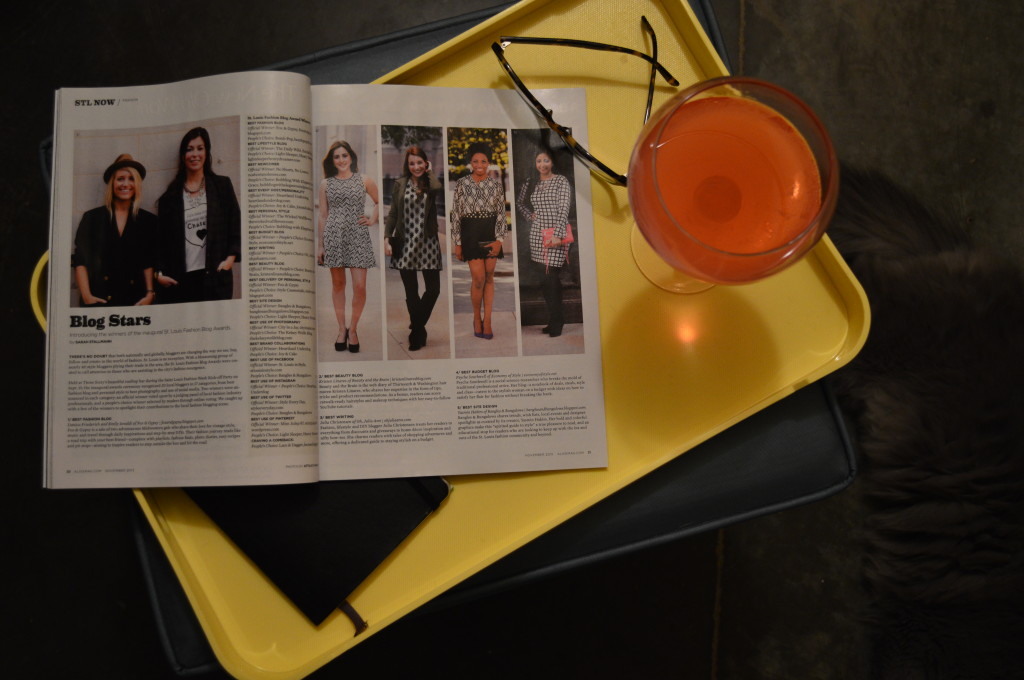 Blog Stars in the Nov. 2013 issue of ALIVE Magazine is Yogurt approved. (And yes, he blends into the floor.) 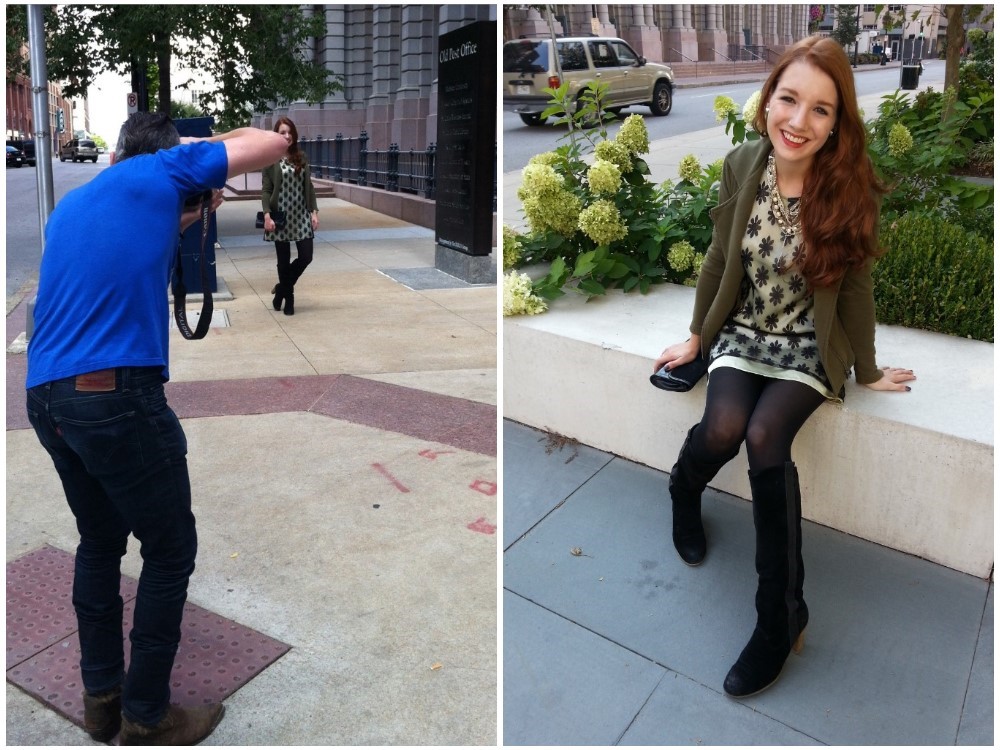 Learning new poses from Attilio D’Agostino outside St. Louis’ Old Post Office. Oh, and pretending like it felt like autumn. It didn’t. // Photo via Economy of Style. |  Enjoying downtown. // Photo via Bangles & Bungalows.

It was such a pleasure working on this feature, shot by  Attilio D’Agostino and written by Sarah Stallmann. I had never been on that side of the article, which made it equal parts exciting and nerve-racking. After all, considering how many times per week I tell people what to wear for a photo, it’s sort of pathetic how many outfits I tried on before picking a winner. No matter how many things I write or how many photos I take, I’ll always be semi-awkward/totally-self-deprecating Julia. Honestly, it’s a wonder I didn’t stumble into traffic mid-shoot. I did tip over, but that’s a different story…

Thanks again, ALIVE! You were all fantastic to work with!