St. Louis is full of picture-perfect places. From the Gateway Arch to Forest Park, the Delmar Loop to the Central West End, there is no shortage of spots to snap the photographs you intend to keep for a lifetime. So when Lance and I began our chat with our wedding photographer, Lillian Peters, about where we wanted to take our engagement photos, the options were overwhelming.

Then we remembered it: Skee-Ball.

Lance and I have sought out arcades in every state we have visited together, from out west in Colorado to down south in North Carolina and Florida. We both have fond memories of the long-gone arcade in our hometown, and we’ve visited many in St. Louis that were clearly on the brink of demise. We get it. I’m sure to those who are younger than the Xbox,  something like Skee-Ball seems downright archaic. Who wants to earn 50 tickets for an item so cheap you could literally collect thrown-away pennies and buy it yourself? Why trek out for a pay-per-play game when the possibilities are infinite in your own living room? Skee-Ball is loud, the games are short, the balls get jammed… but there’s just something so perfectly fun about the game that we’ve made it a minor pastime to hunt down the places that are still holding on.

And a while ago, we were introduced to one set of Skee-Ball machines that has weathered the storm, at a place that can only be described as a punk rock waffle bar.

The folks at Melt — aka the #STLWaffleMafia, aka the greatest hashtag of all time — were kind enough to let us shoot our engagement photos there, in a place we frequent on dates, at a venue that houses our favorite games. Since it is in such a fun neighborhood, we also spent a bit of time wandering around the block. It was just the right combination of nostalgic, romantic, and hilarious. 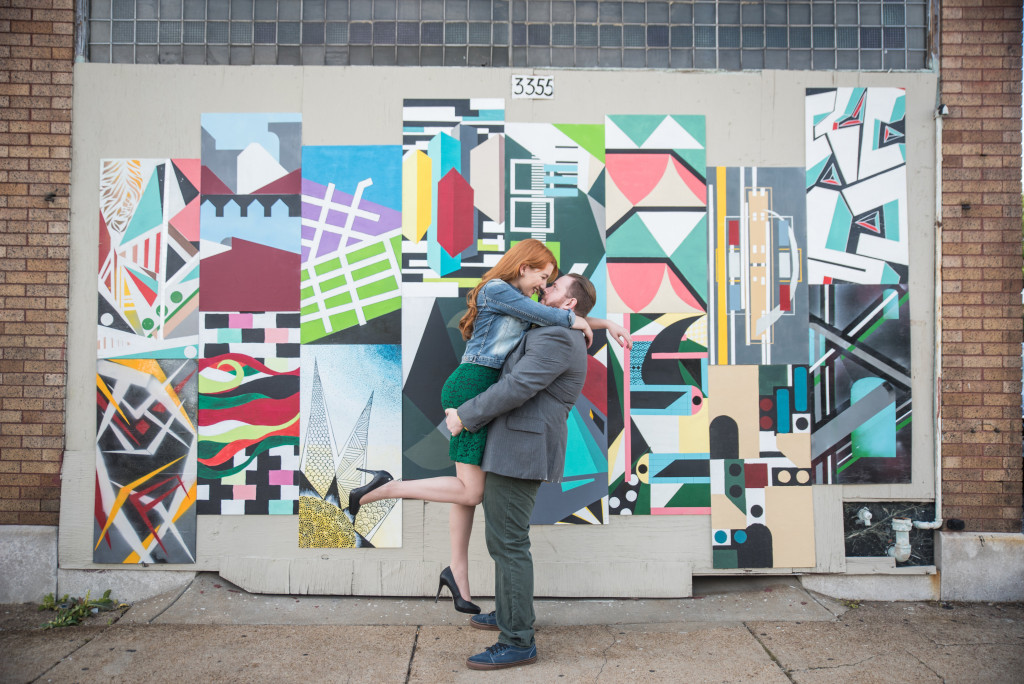 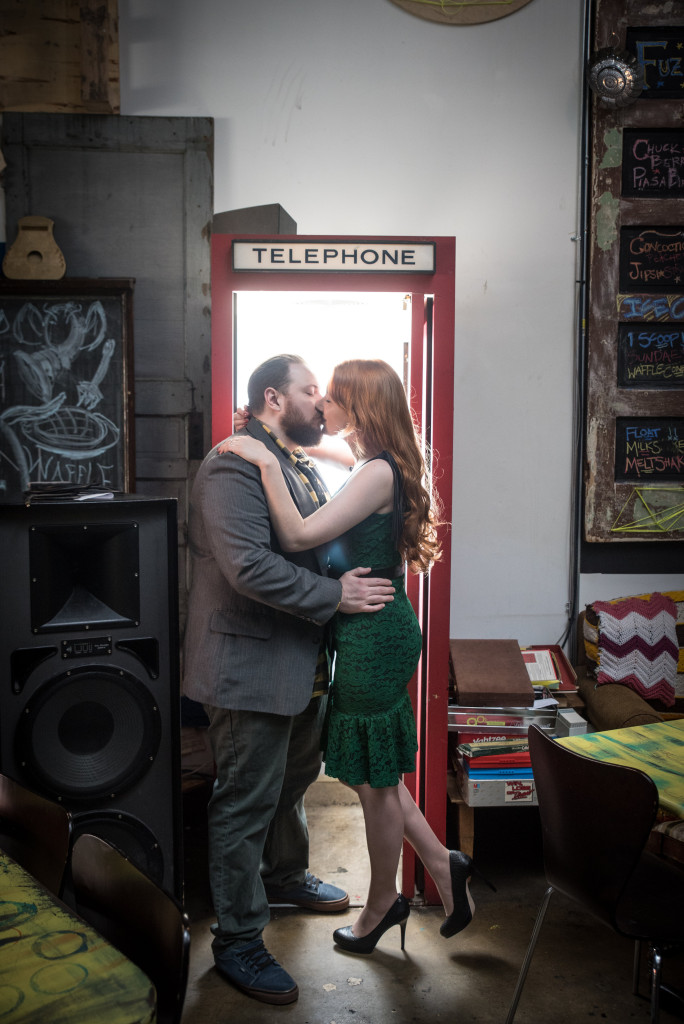 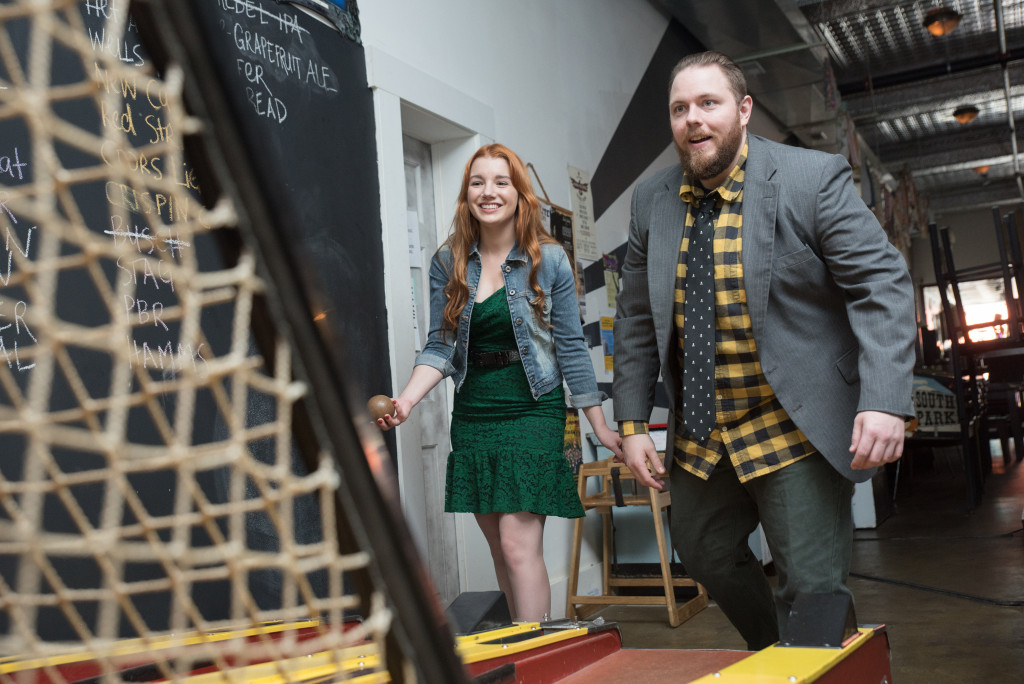 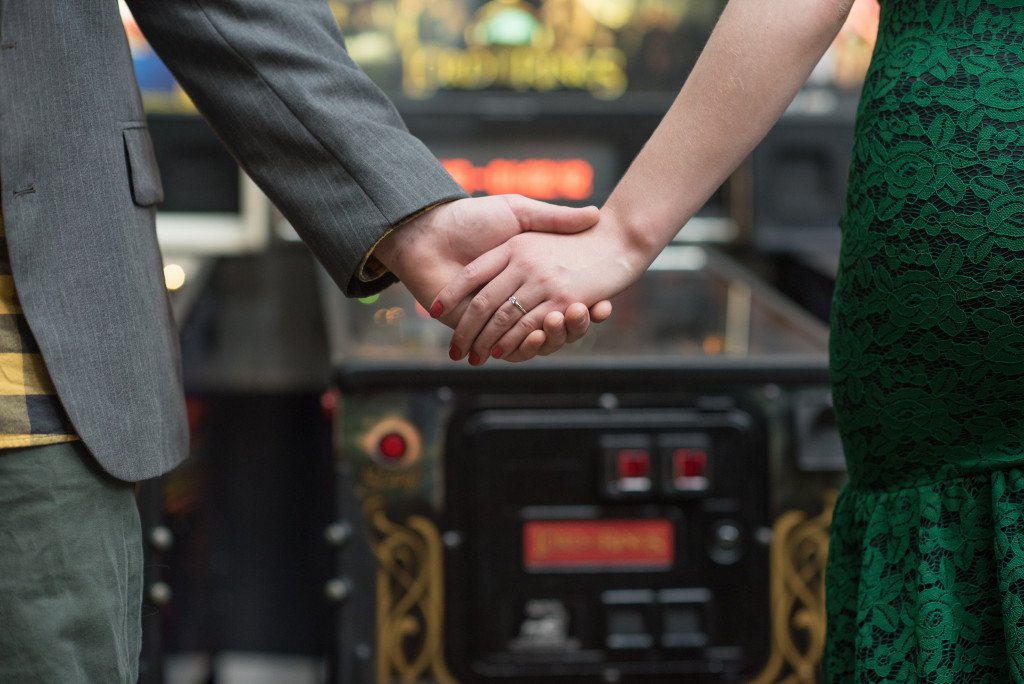 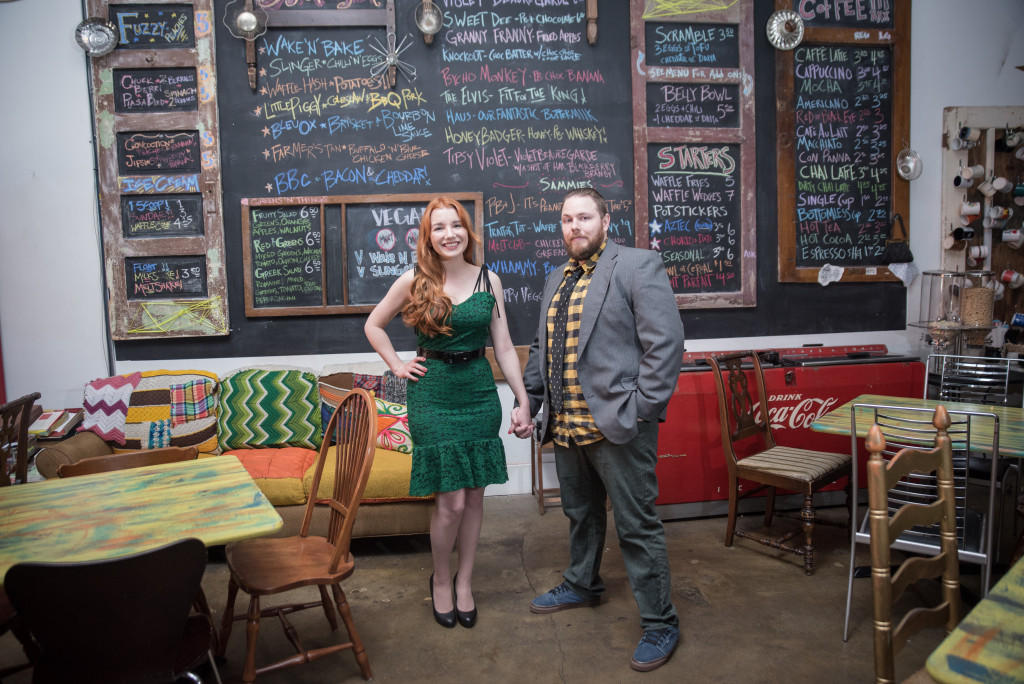 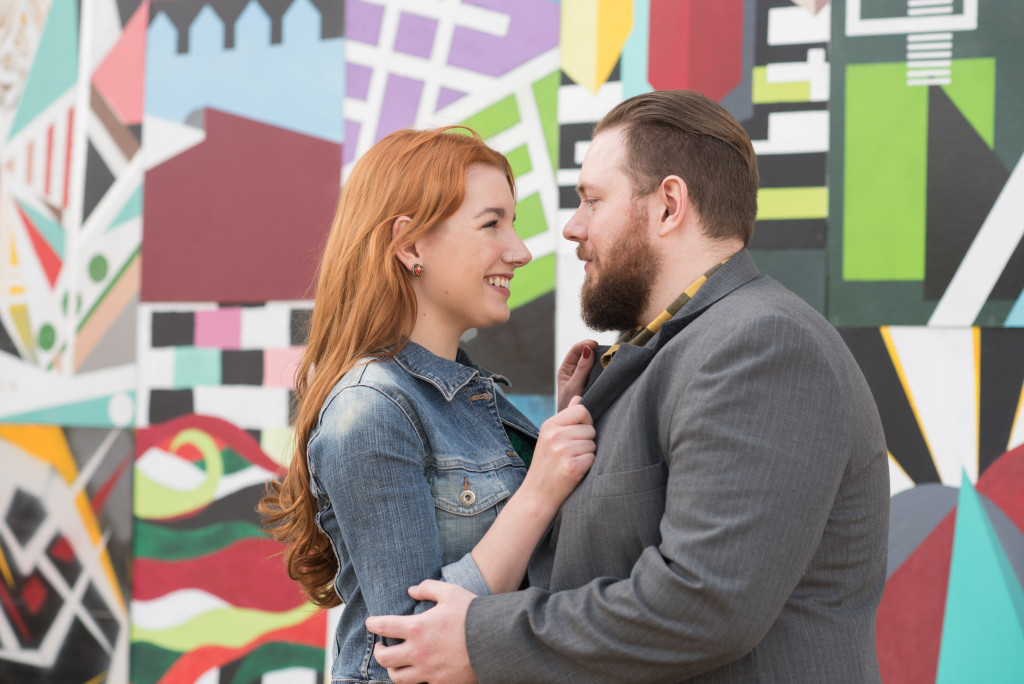 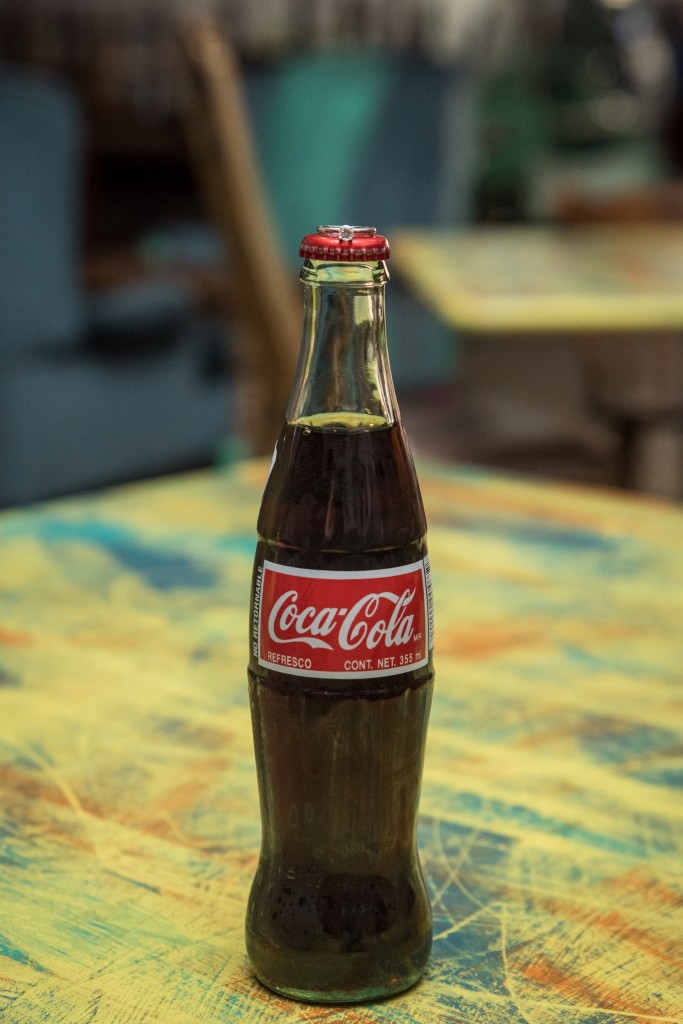 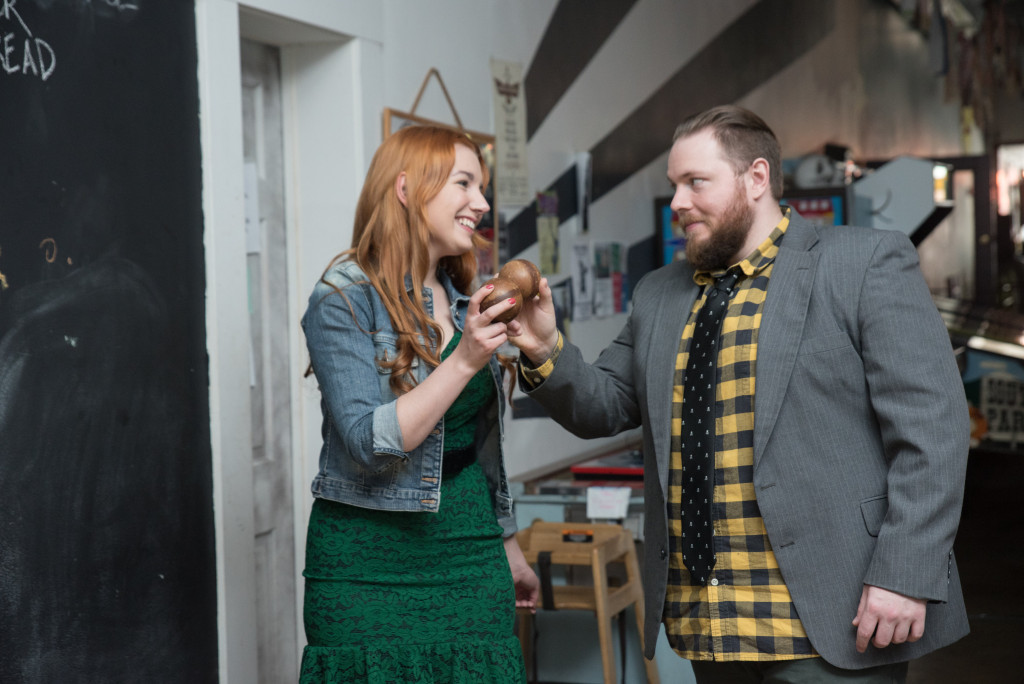 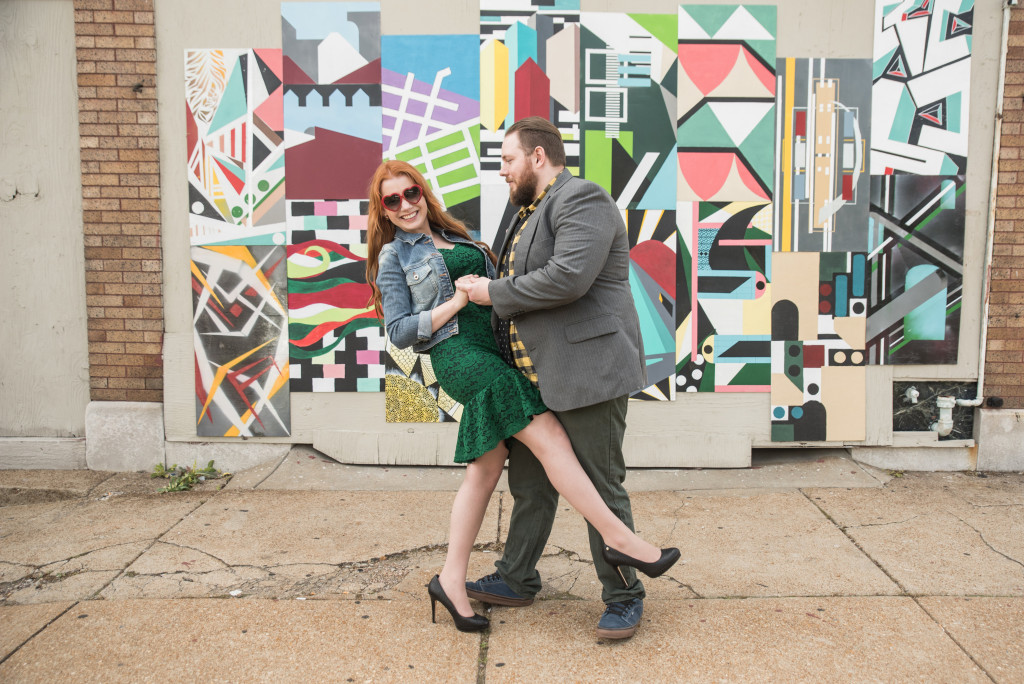 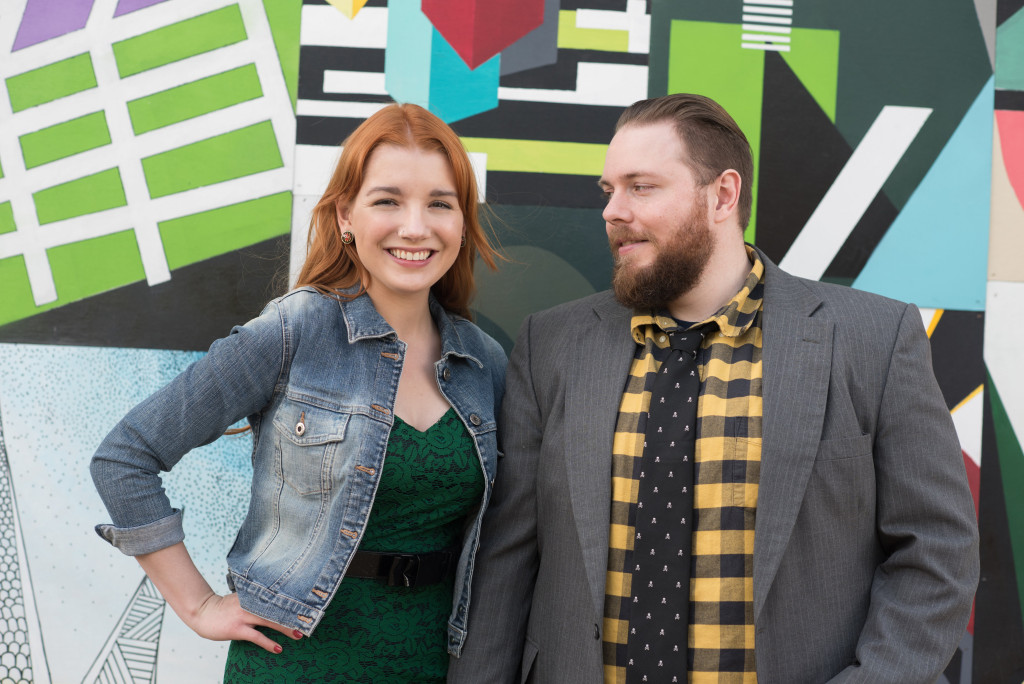 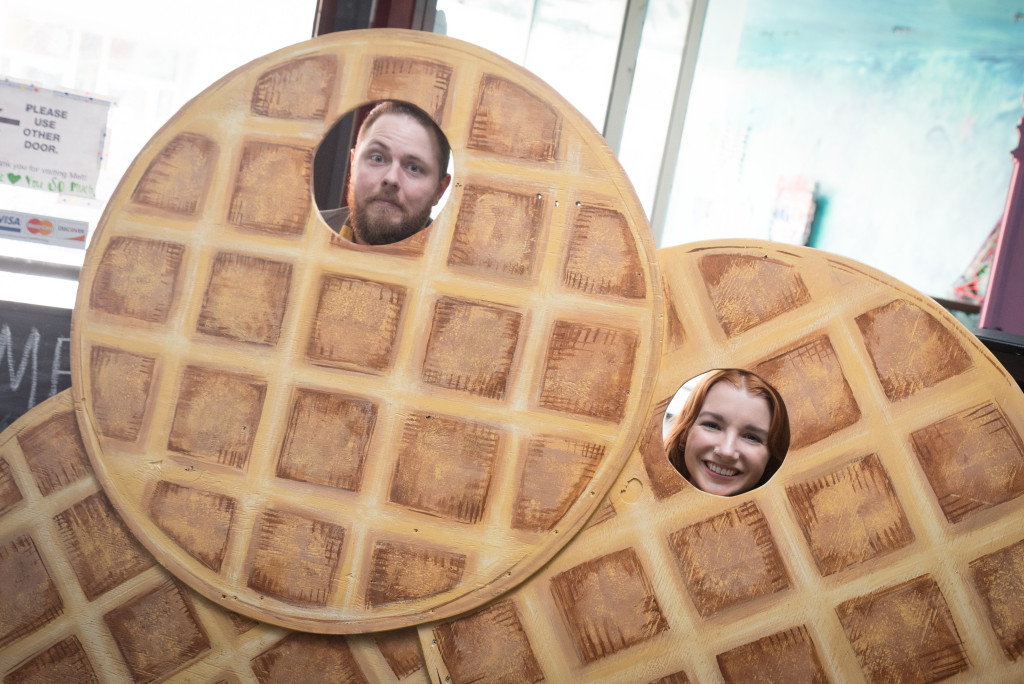 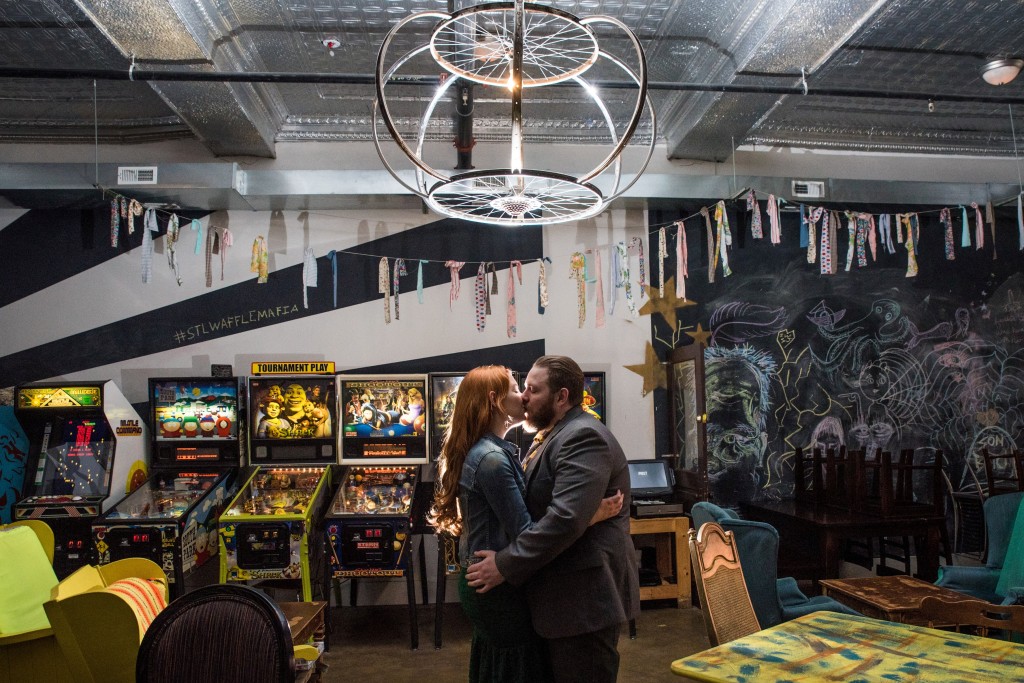 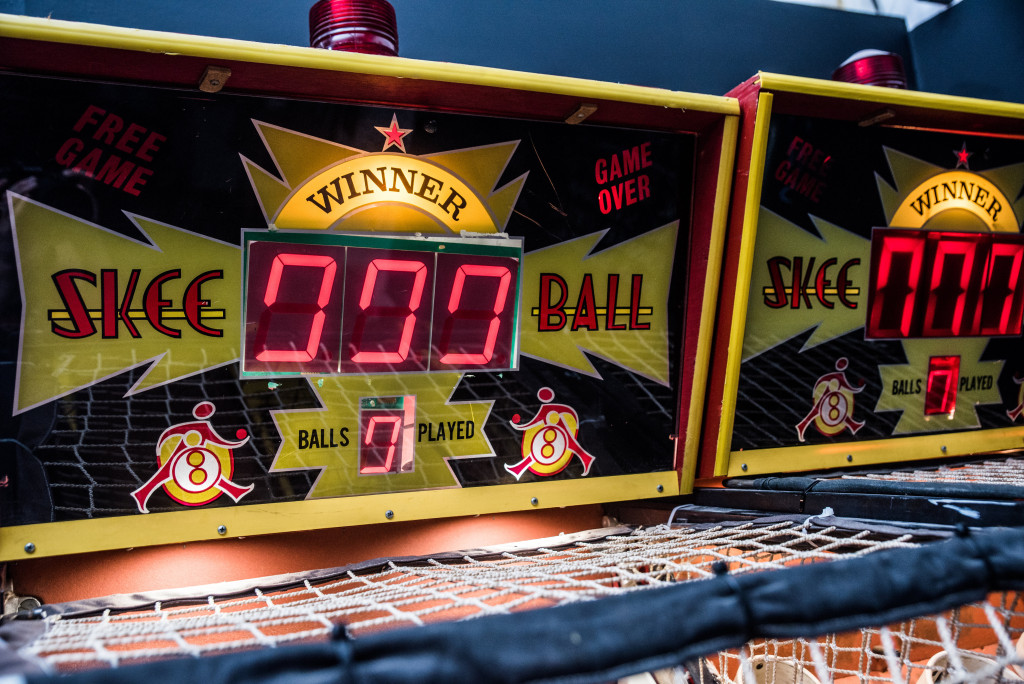 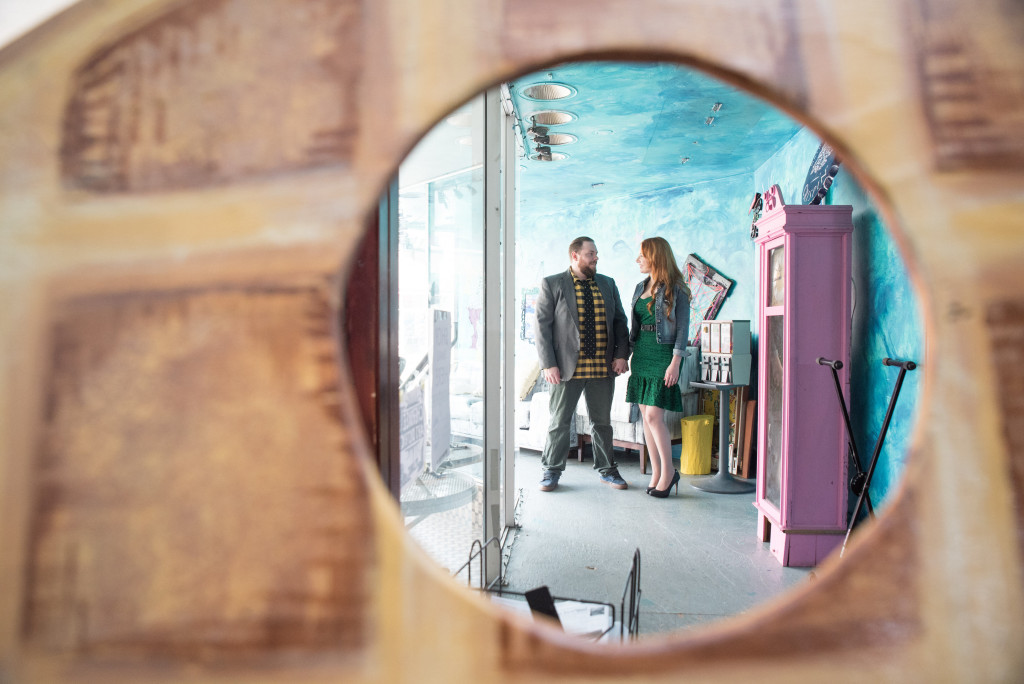 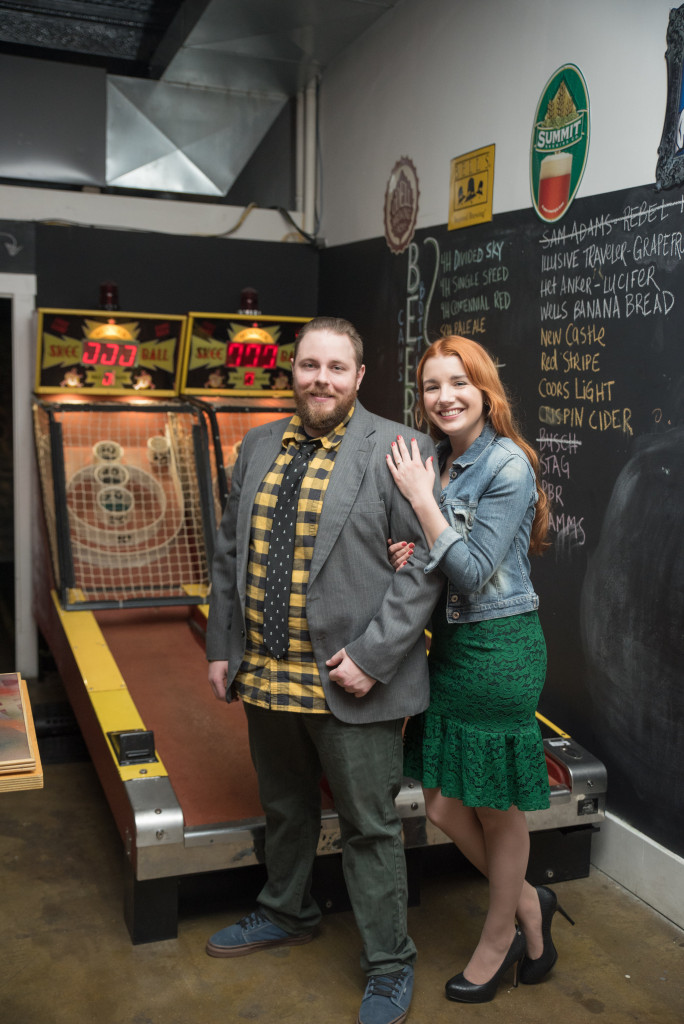 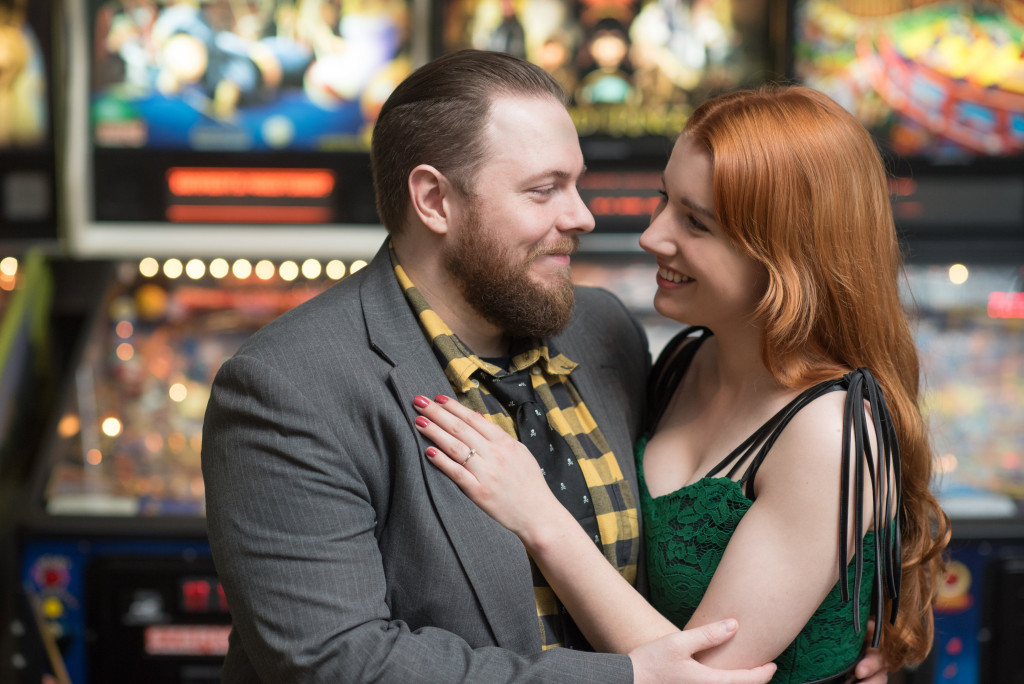 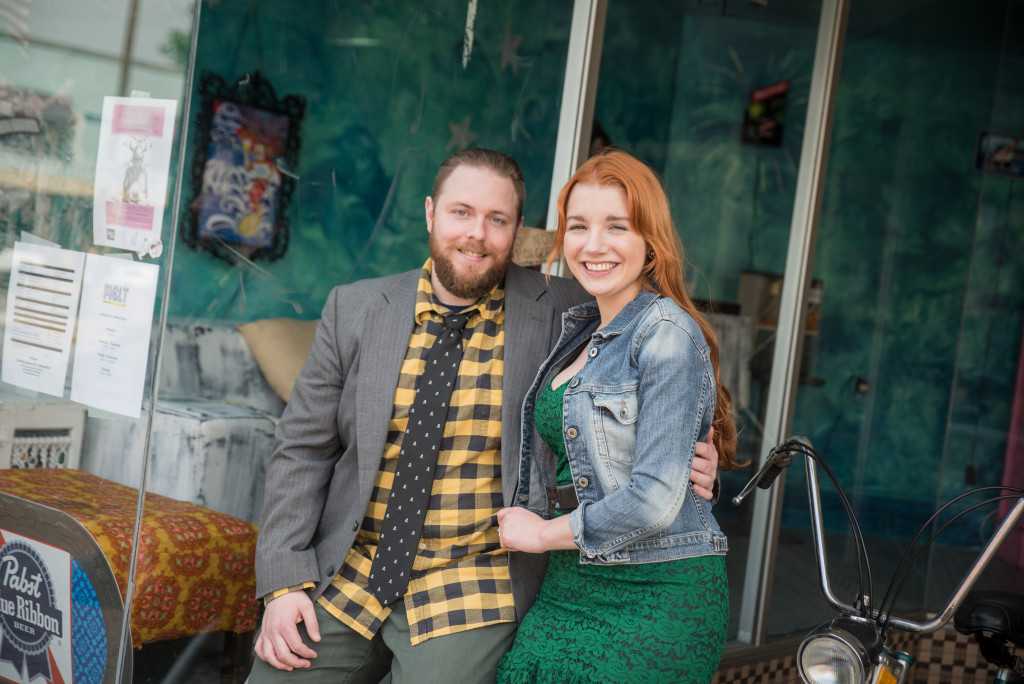 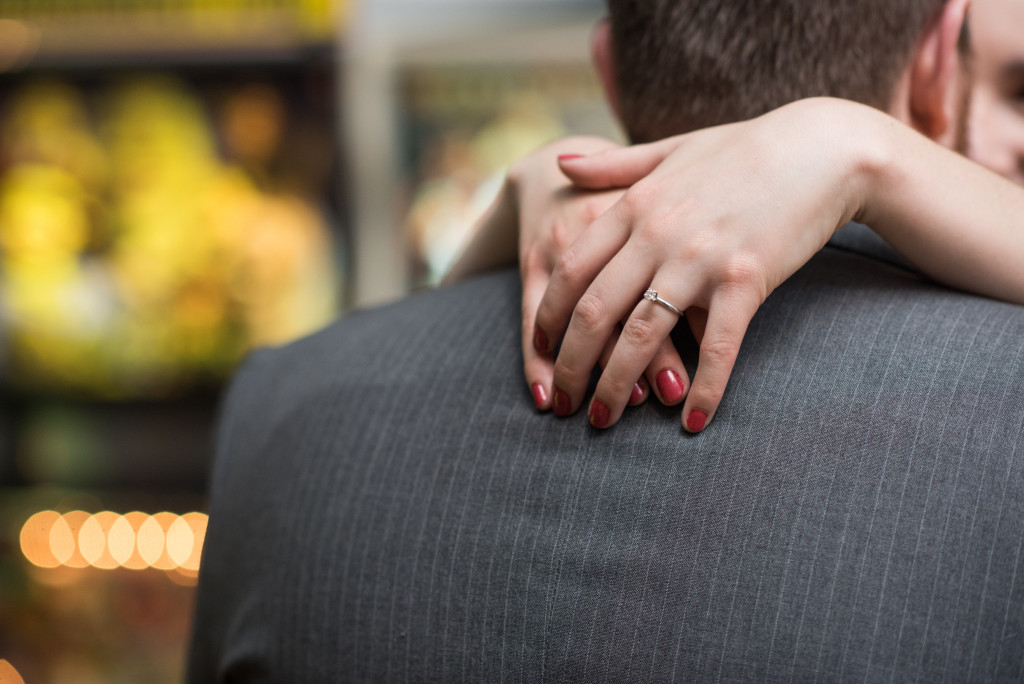 The dress was given to me by the one-and-only Voodoo Vixen. In case you don’t remember, this isn’t the first time Voodoo Vixen has made a major improvement on my wardrobe. I fell madly in love with the Voodoo Vixen Victoria dress the moment I saw it online, and it turned out to be so perfect for this shoot. A drop-waist dress is made for dancing and dipping! (And for playing Skee-Ball. Who knew?)

Thank you so much to everyone who helped make this shoot incredible: Lillian Peters of Chameleon Imagery; the staff of Melt on Cherokee; Voodoo Vixen; and, of course, one Mr. Lance Cain. I can’t wait to spend the rest of my days hunting down Skee-Ball with you. Only 290 days until we’re married! I have a feeling that is going to go by a lot faster than I know.