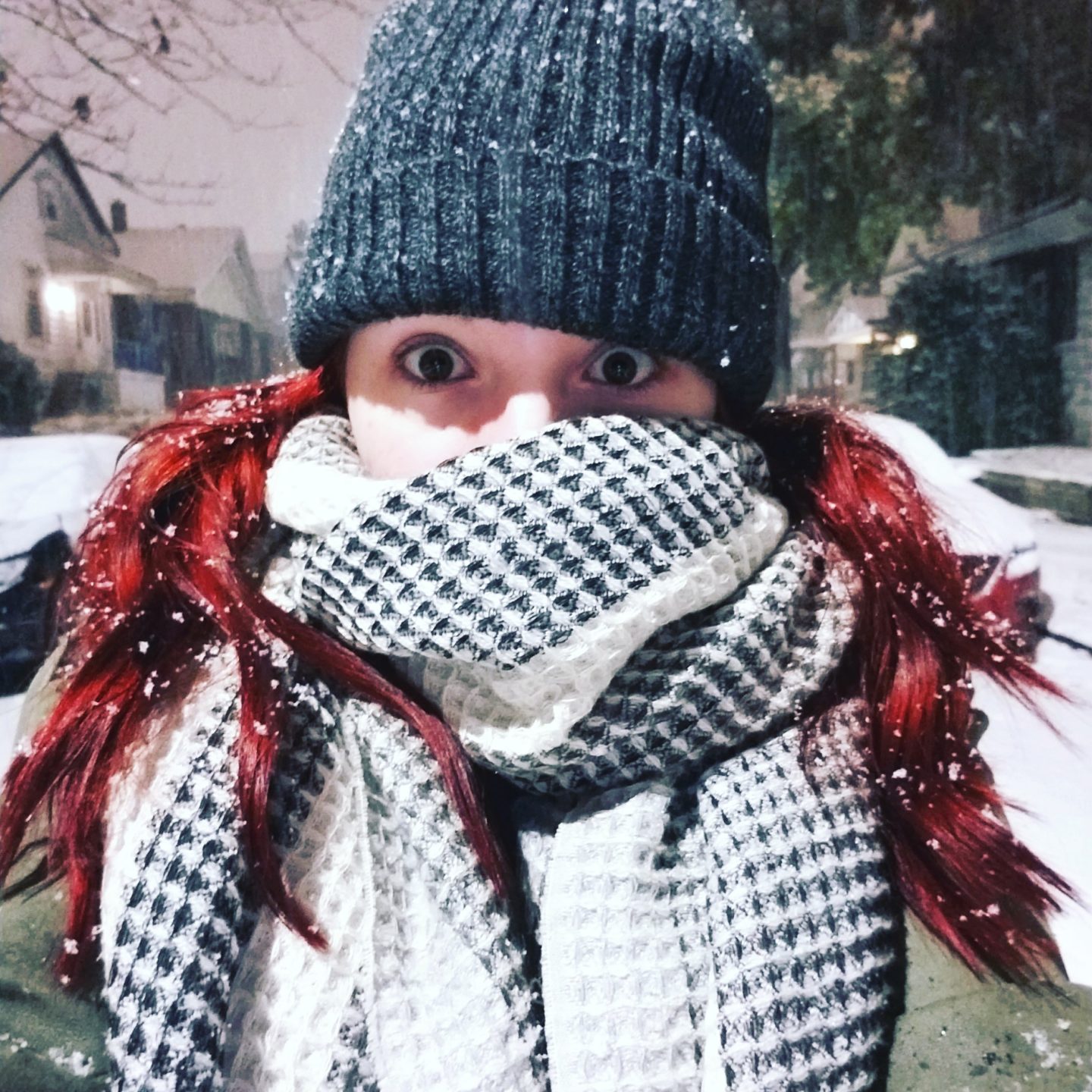 I wasn’t surprised to learn our second embryo transfer didn’t work. After the pain of the first failed transfer—emotional, yes, but I screamed during the implantation so I quite literally mean physical pain—I went in ready for the worst. I had Lance drop me at the door for the blood test and met him back at the car. I took a nap after. When I woke up and saw “Unfortunately, the results…” in my inbox I rolled over and went back to sleep. I eventually got up and said I felt disappointed, but fine. And I was telling the truth. I drove to a thrift store alone to wander for a few hours. The CD in the car was a mix I’d made as a teen. I screamed along to Leftover Crack’s Atheist Anthem and wondered when the feelings would start. Nothing happened. When I got back it started to snow.

We had an appointment following the failed transfer to discuss our options—the kind where you sit in an overly decorated office and look at diplomas while you try to remember all your questions. The medical team was convinced it was simply part of the numbers game. “We never want it to happen, but for us this is incredibly common. Everything looks good. We just have to keep trying.” We’ll do an endometrial scratch before our next transfer, apparently, which sounds nothing short of barbaric but I’ve been told it’s not the worst part of the IVF experience. If everything looks good, we’ll try again and see what happens. If it doesn’t, we’ll treat that issue and move forward at a later time. Infertility treatment has become my sole gauge of time. The days of the week have morphed into medication times, and months shifted into target and test dates. I miss the old calendar, but after more than two years it’s starting to seem standard.

The bad news didn’t hurt the first day and it didn’t hurt the second day but it hurt the third day and the fourth and maybe not the fifth but then a handful after because there’s no logic in this bullshit. Like so many hard things, the pain of IVF surfaces in different ways on different days. Sometimes it all makes me so sad I can’t sleep. Other times all I want to do is sleep. One day work will feel impossible. The next day I won’t be able to leave the computer. Occasionally the gym is helpful… Or maybe it’s junk food and Netflix. I was nursing high-school heartbreak the last time I felt this emotionally exhausted, and I’m sure I wrote about that on the internet too.

I don’t have a solution today, or a fun joke to wrap it up with. I don’t even need one this second, despite how unintentionally depressing this post may seem. It all feels okay right now, but maybe it won’t later on which is why I wanted to write myself this note. It snowed the day we got our bad news and it melted as fast as it came. It’s funny how different things can be by morning.