With Thanksgiving just around the corner, now is the time to share my favorite tips, recipes,  decor and more in Thanksgiving 101!

Much like cocktails, appetizers are one of the make-or-break aspects of hostessing. If you leave people thirsty and hungry, they will go home. If you feed them, give them drinks, and provide some form of entertainment, you are more than likely throwing a rad-tastic party.

Since Thanksgiving (or any big meal) can sometimes vary in cooking time, I think it’s best to have extra appetizers. This was particularly helpful this year, as dinner was served 35 minutes later than planned.

But, it is important to remember that the appetizers are not why people are coming. Unless you’re throwing an appetizer-only party, they are just the tasty treats that tide guests over and prepare them for your scrumptious meal. But, if it’s a full dinner you don’t want to fill people up too much with appetizers — and this is particularly difficult in the world of Pinterest, where there are so many delicious appetizer recipes all labeled ‘easy’. I try and stick two to three appetizers for parties of eight or less, and four to five for larger groups. Limiting yourself is important; you can’t let yourself get so caught up in making the appetizers that it takes out time you should spend making the actual meal.

Let’s take a look at what I served this year.

I see no point in changing something good, so instead of creating my own recipes for the appetizers I happily used a few I found online. First up was the turkey cheese ball, created using Martha Stewart’s Dijon cheese ball recipe. Instead of simply rolling the outside in pecans, as noted in the recipe, I took some inspiration from Pinterest and made mine look like a turkey. To do so, I used pretzel rods and crackers for the feathers. The neck was created using a beef stick, which everyone asked about during the party and one person mysteriously ate. Ha! 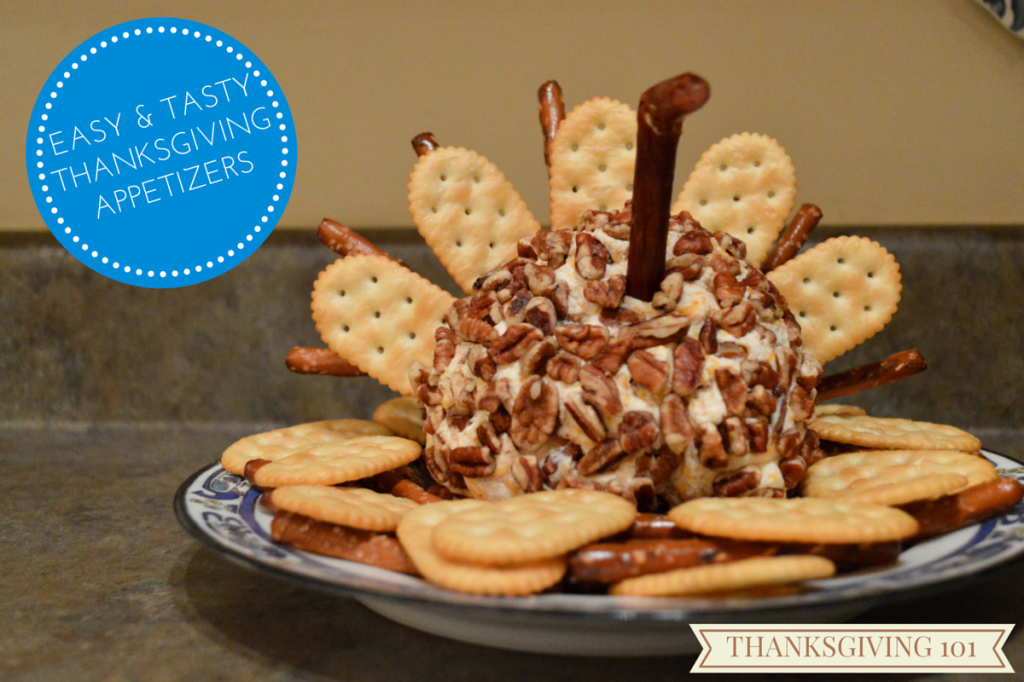 Up next were easy slow-cooker meatballs. This recipe is floating around everywhere online, but I grabbed mine here. To sum things up, you simply combine one bag of frozen pre-cooked meatballs, one jar of grape jelly, and one bottle of barbecue sauce in a slow-cooker and cook on high for three hours. Once they were done, I turned the slow-cooker down to warm and waited until the party was about to begin. Right before guests arrived, I used pretty, decorative toothpicks to make the meatballs easy to eat without getting messy. They were gone almost immediately. 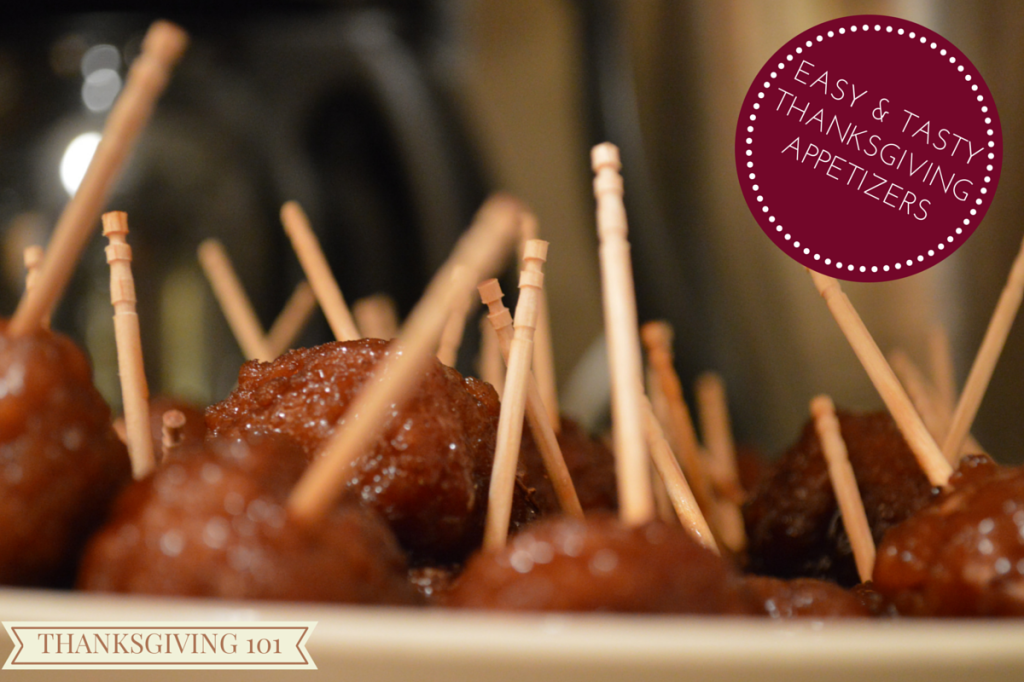 Rounding off the list were the cheesy bacon-stuffed mushrooms, which I’d guess were the crowd favorite. I found this recipe from Kraft Foods, and prepared it much earlier in the day. This meant that 20 minutes before guests arrive, I was able to put the dish in the oven and have it pop out at the perfect temperature just on time. Instead of serving them plain, I used miniature plastic forks; they were a huge hit, and very practical. 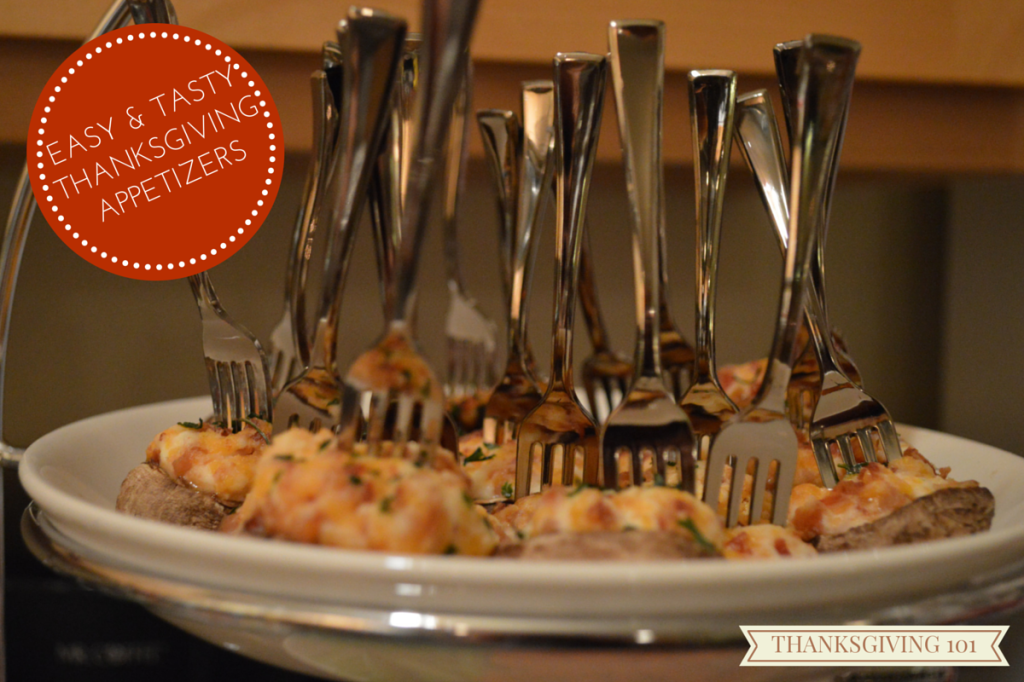 Since we had a total of 15 hungry adults at our Thanksgiving, I also put out carrots, celery, potato chips, and French onion dip. Simply put, people eat a lot — especially while drinking — and you never hear anyone say, There were just too many snacks.

Did you notice how all of those treats can be done in advance? Slow-cookers, prepare-ahead appetizers, and cold snacks are your best bet while trying to cook an actual meal but still keep guests from getting too peckish. We are the proud owners of two slow-cookers, one of which I was supposed to — but am not going to — give back to my mother. (I have a feeling she’s reading this, so this seems like as good a place as any to tell her I plan on keeping both. They are just too handy!)

Coming up next in Thanksgiving 101… Table decor, place settings, and party favors!