Writing about the scene is hard, because at its best it comes off as nostalgic and a touch corny — and at its worst it’s pretentious and artificial. There’s an unavoidable arrogance in any piece of writing with the, intended or not, ‘We did it better’ theme. So instead of discussing why 90s-style punk is my ideal genre, or how spending years in mosh pits you’re genuinely too small for makes you tougher in all facets of life, I will instead tell the story of why I still own a jacket I was supposed to give away. 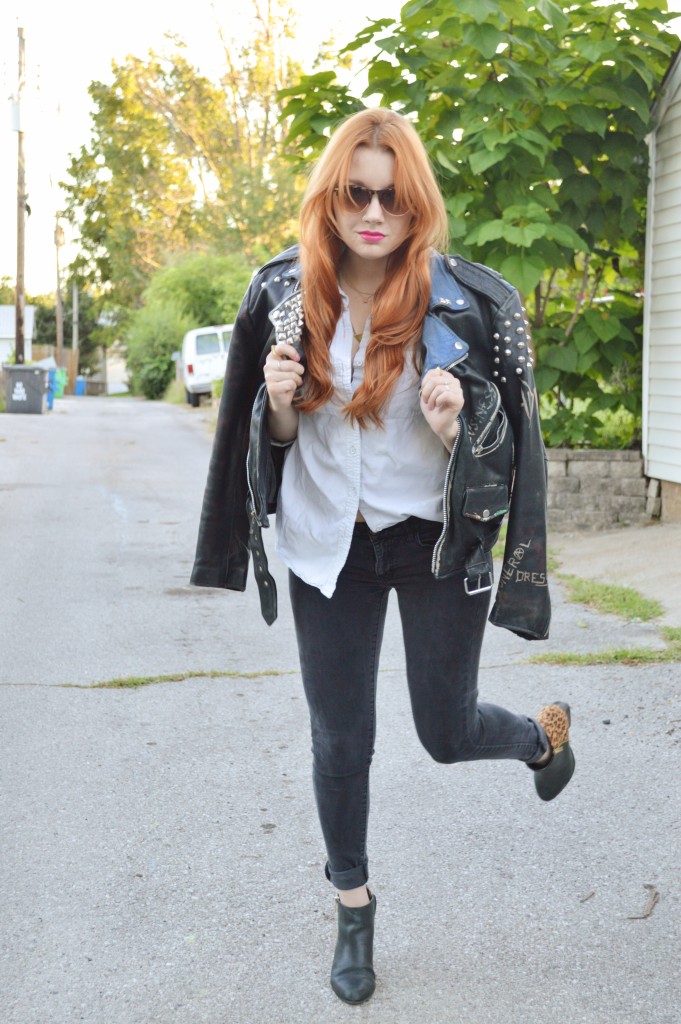 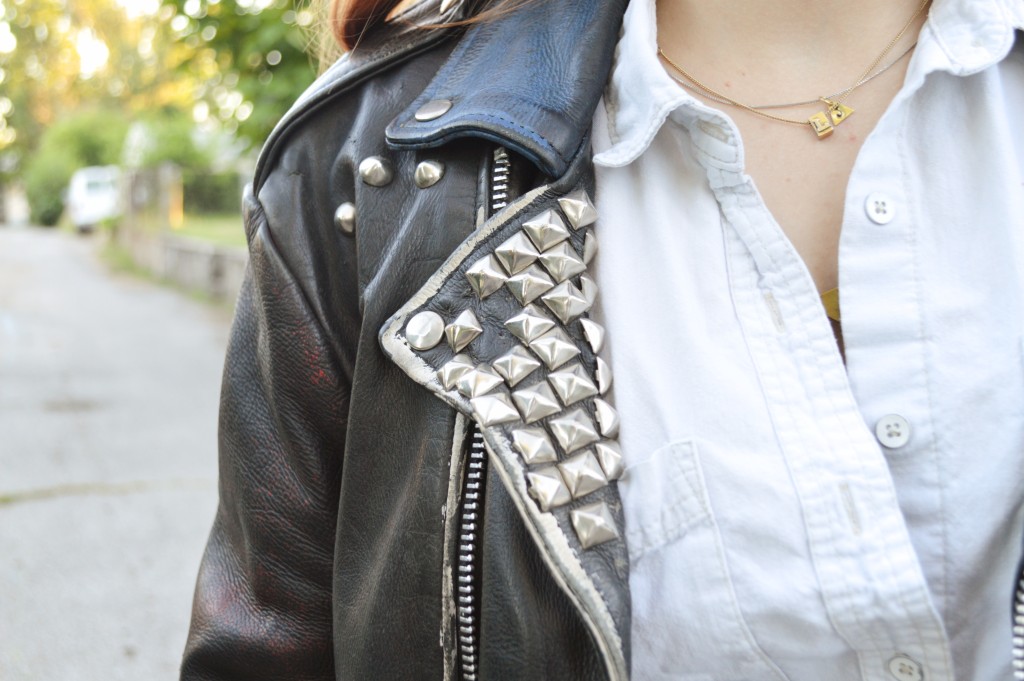 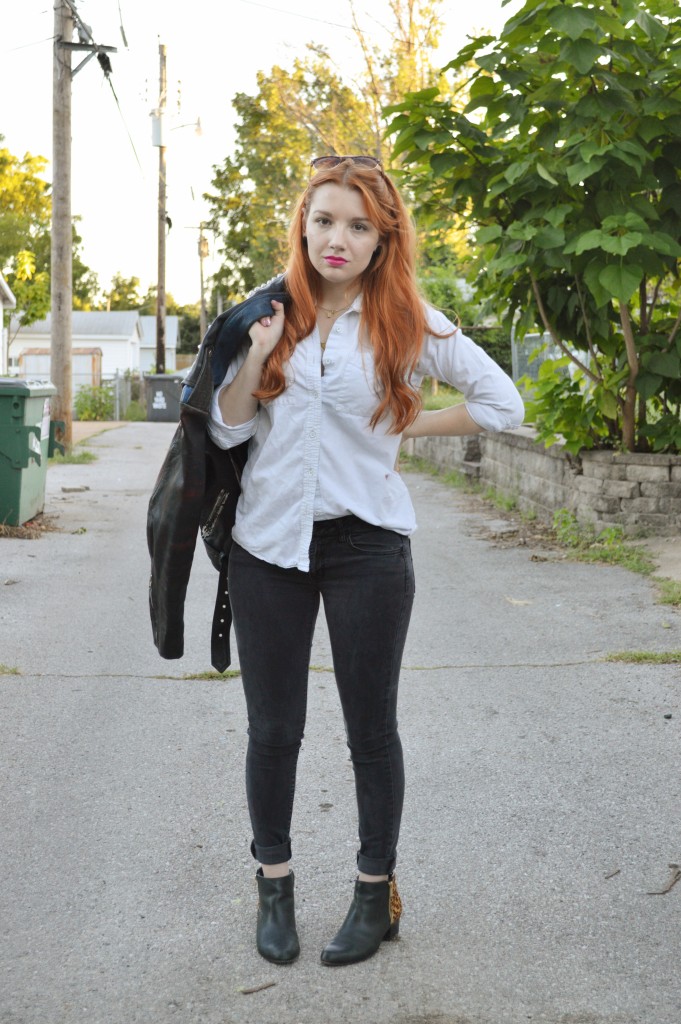 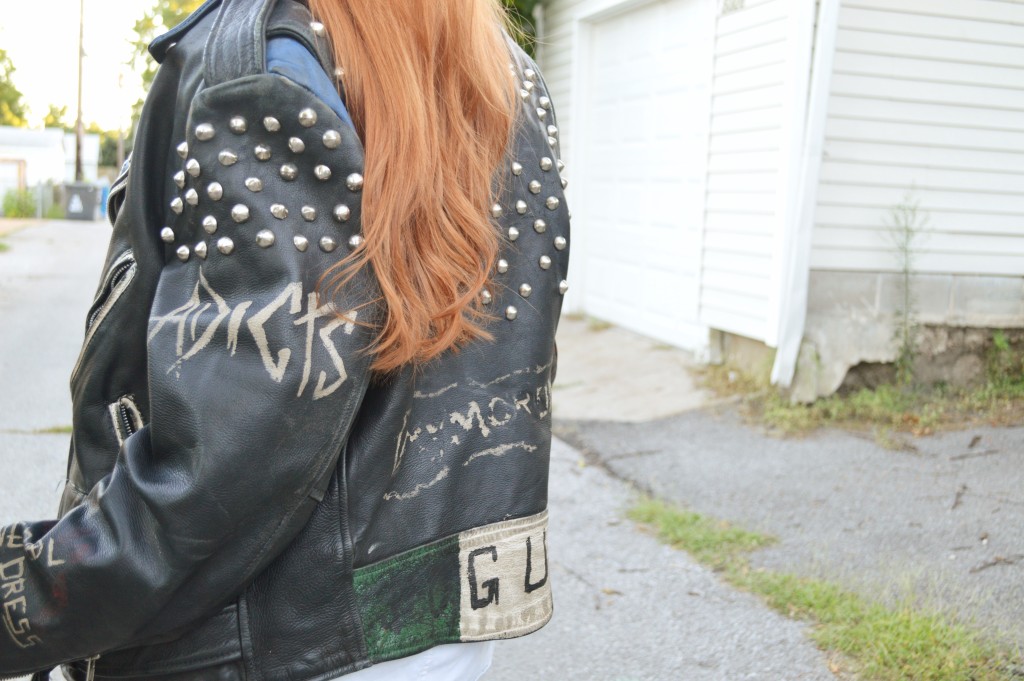 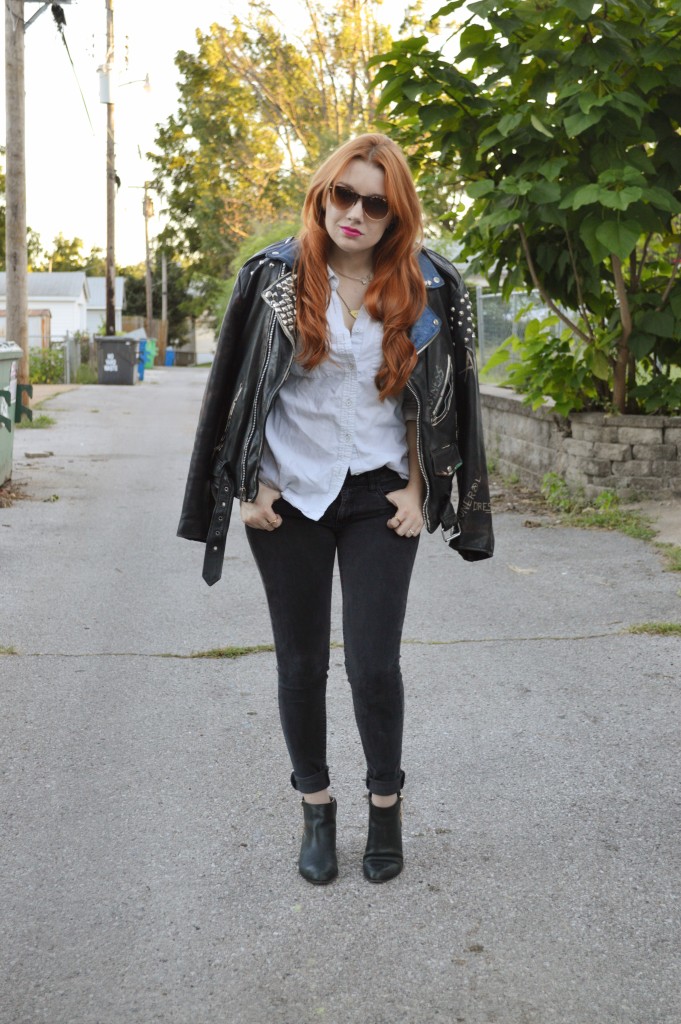 When I was fifteen, my friend Dylan gave me his jacket. I got my own lusted-after leather jacket for Christmas, and its cheap stitching self-destructed within three days, so it was returned. To ease my aching heart, Dylan — my late night cigarette companion, my forever diner date, and the only person my mother let wear shoes in the house because his boots had too many laces — pulled this guy out of the trunk of his car and gave it to me. There were two rules: I was to fix it up (I clearly did not) and I was to give it away eventually (again with the failure.) I liked the way it looked, all banged up and faded. It was already much too large, so why not enjoy the hand-me-down flair? He snatched one button off the lapel and told me it was mine, so I put my Bic in the pocket and wrapped myself up like some wide-eyed caterpillar in a musty-smelling leather cocoon. It was longer than my miniskirt.

But I never found anyone to give it to.

To start, I didn’t want to part ways with the jacket. I loved it, and it was also winter, so I needed it. I continued to adore this piece season after season, and one year the scene took a shift, as it always does. The music changes for the next group of angry kids and the older ones hold on to what they preferred. Some, like Lance, continue to test the waters of all genres; and others, like myself, stay glued to the same albums for the foreseeable future. Even though it was still our subculture, I was always the young one in our group of friends — ah, the day my children hear the nickname Julia Jailbait shall be an odd one… — so there wasn’t some new baby punk in need of a jacket that I knew. And then I moved. And then I moved again. And again. And somehow it has been a decade and I just uncovered the jacket while unpacking boxes.

At this point I might come across as odd if I go down to the neighborhood skate park, spot a confused looking teen and throw her a coat. I think I’ll have to keep it, with that belt-sized miniskirt and patched up hoodie and studded belt. It will be a hand-me-down to my kids, with a few great mix CDs and a solemn swear of, “It’s the best music, I promise!” They’ll laugh, I’m sure, like I laughed at my mom’s hippie bell bottoms and my dad’s momentary ponytail.

The funny thing is, if Lance and my future children ever decide to rebel against their parents — their pierced, tattooed, skateboarding, NOFX-blaring parents — they will be preppy kids. Jocks, perhaps. Wanna-be yuppies. Isn’t that a scary thought?

At least they’ll have my jacket.