We in this apartment eat a lot of chicken. Chicken is easy, healthy, affordable… And sometimes, after days of chicken, an exhausting thought. When I was convinced the sight of another frozen chicken breasts cooked any which way would make me lose my mind, I turned to Pinterest– and adjusted the recipe I found there to be perfect for our tastes. May I please have your attention? Because I am thrilled to introduce bite-sized baked tacos. 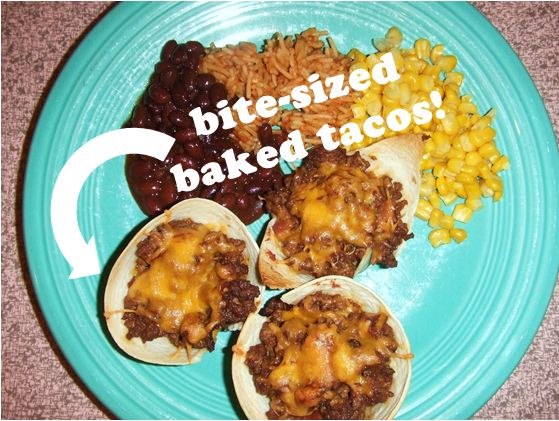 This recipe was inspired by the Double Decker Taco Cupcakes by The Girl Who Ate Everything. While these look like an amazing appetizer, I was wanting a mess-free dinner that could be eaten A) while holding conversation, B) while downing margaritas, C) while watching TV marathons, or D) all of the above.

Step One | Cook the beef on the stove top completely and add the taco seasoning according to the direction on the package. While that’s cooking, cut tortillas into either thirds or fourths, depending on how much filling you want. I’ve tried both, while they were easier to eat when small, they were equally scrumptious. 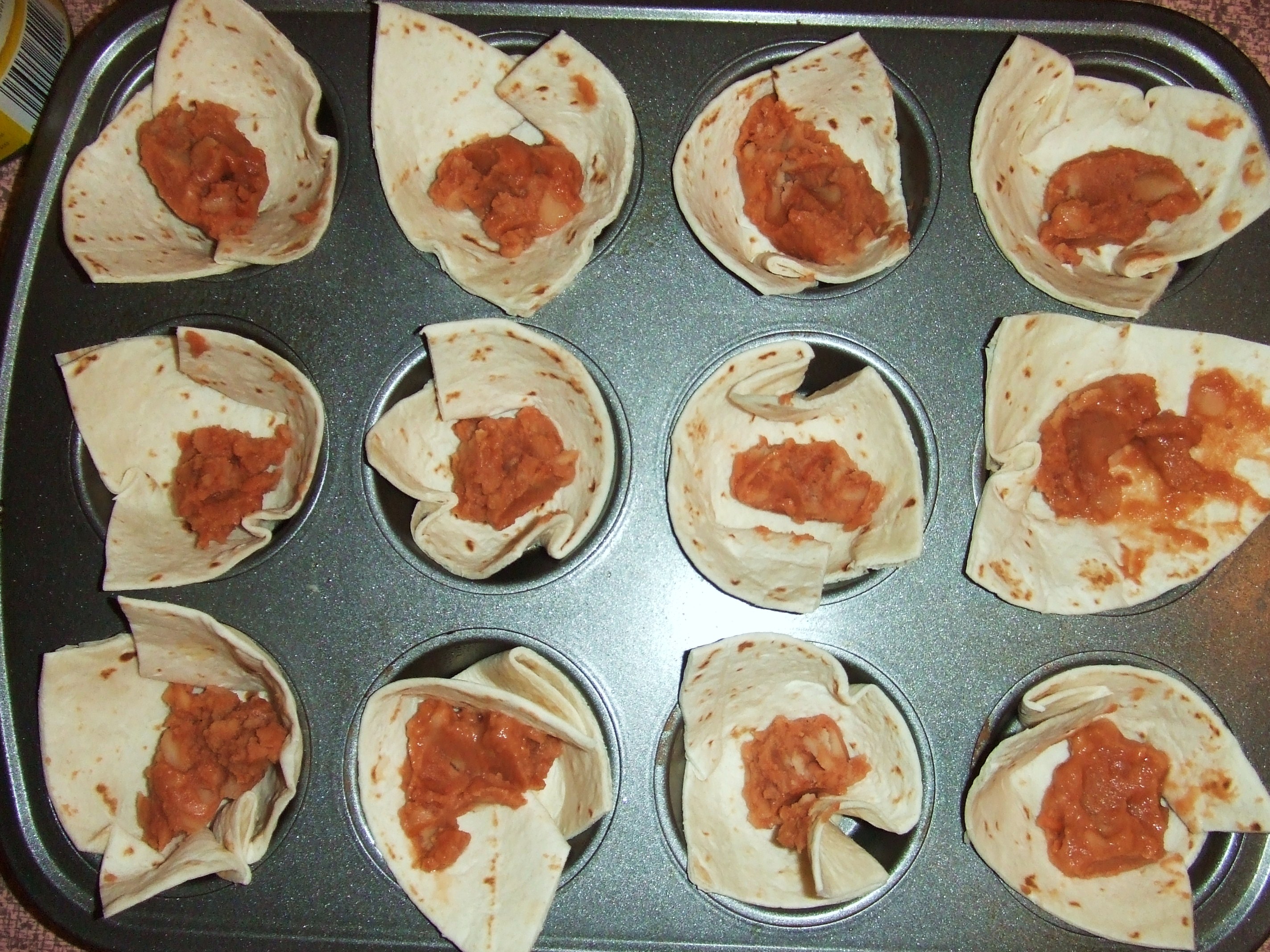 Step Three | Spoon the refried beans into the tortilla cups. You probably won’t use the entire can of beans; I used two-thirds a can to make two dozen bite sized taco bites. 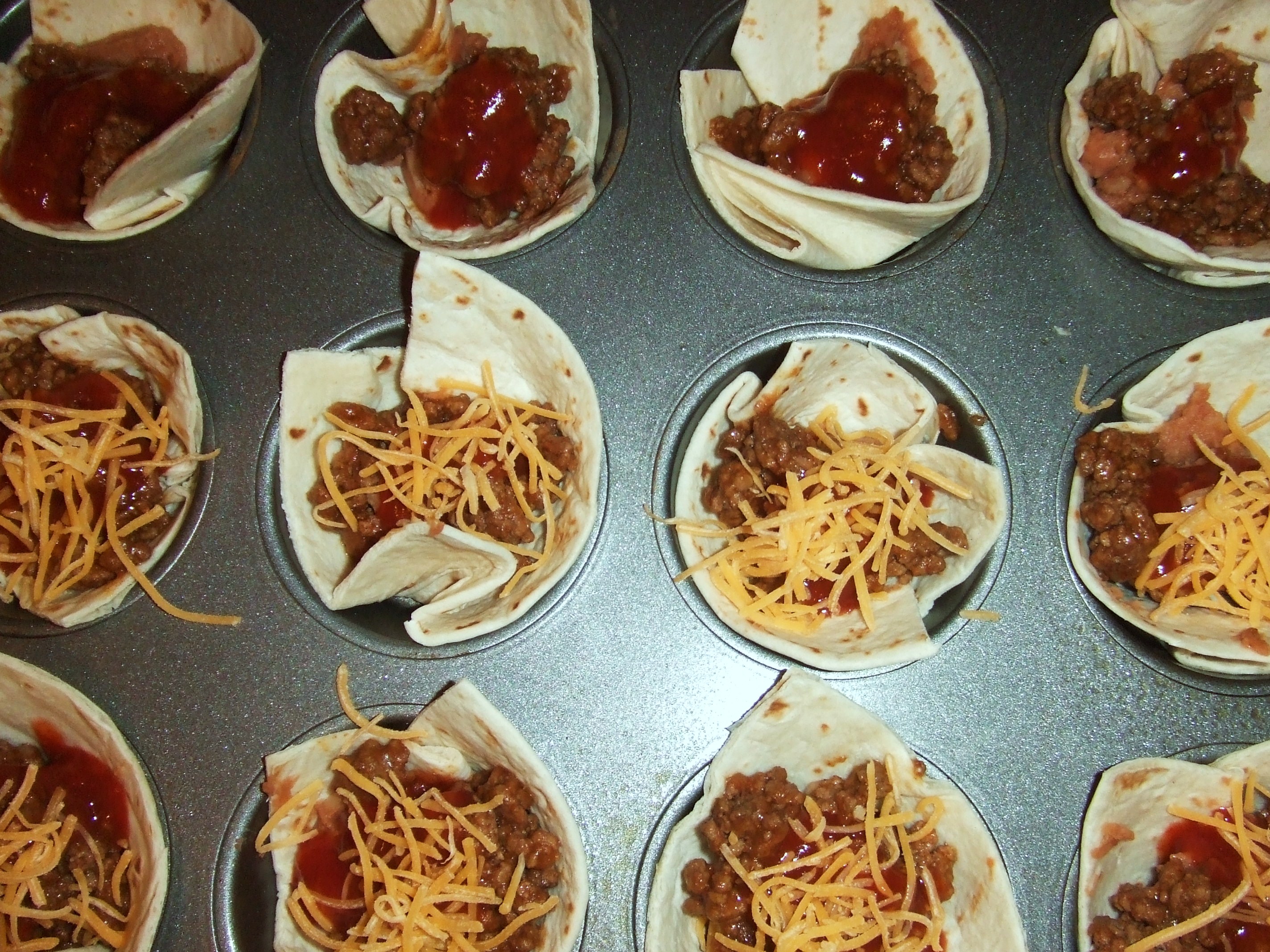 Step Four | Add the (cooked!) meat to each cup, then drizzle with taco sauce and (if you so feel the need) sprinkle with cheese. 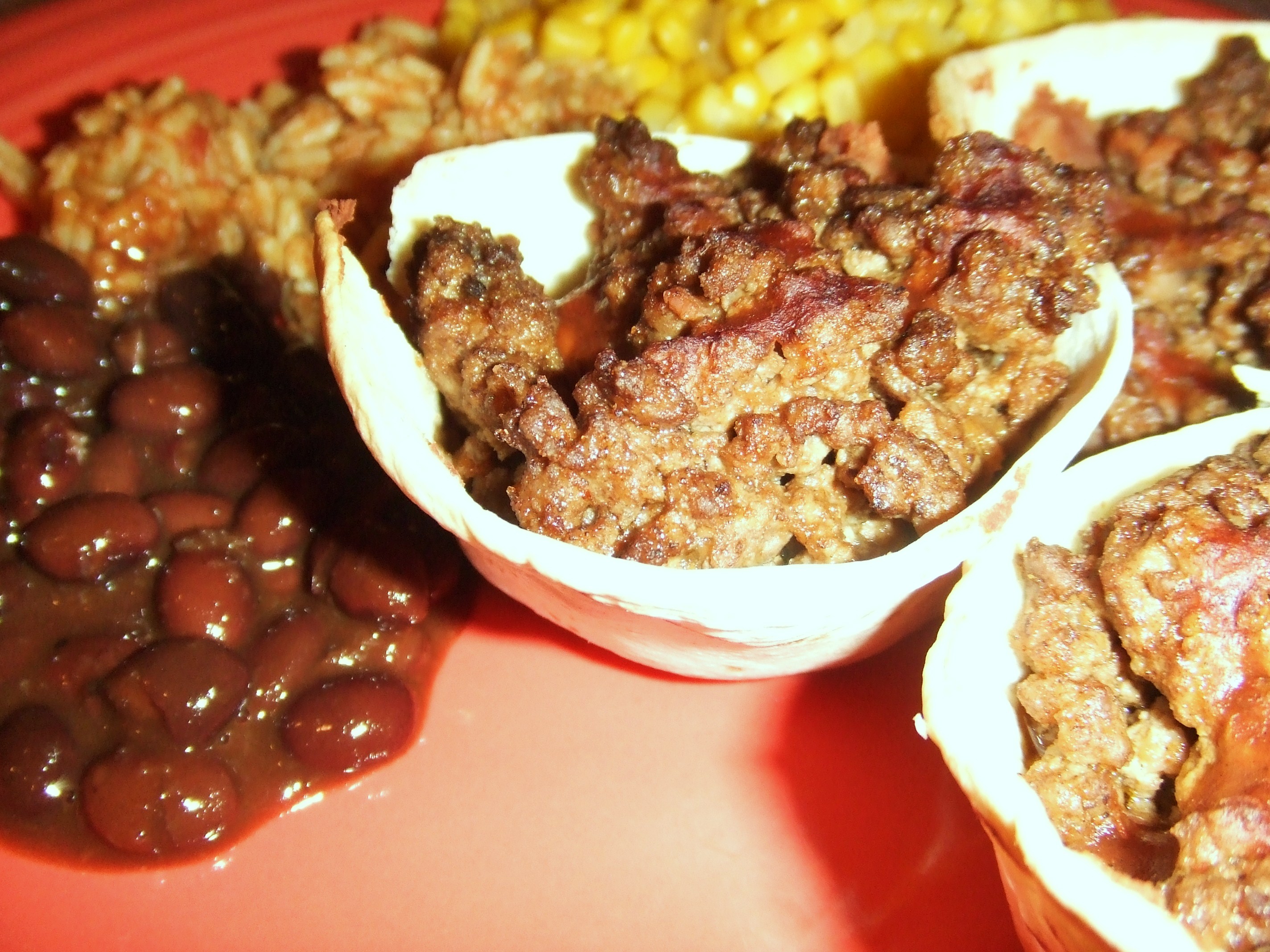 Step Five | Cook for 20 minutes at 350 degrees, or until the sides of the tortillas are crispy and the cup keeps its shape when removed (cautiously!) from pan. 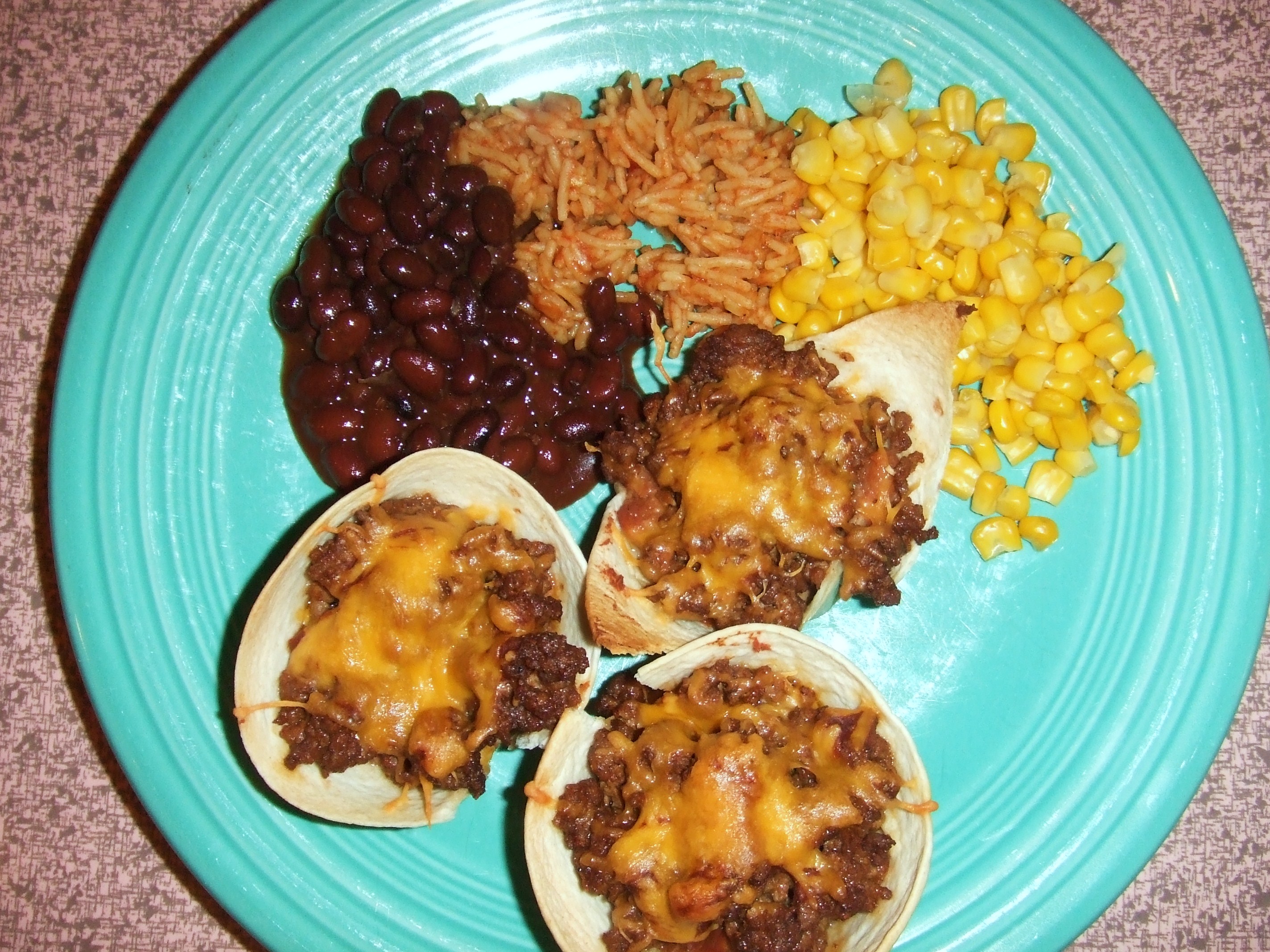 Step Six | Let cool, remove and serve. We had our with Spanish rice, beans and corn (and strawberry margaritas!) Yum!