Cone studs have always been my personal favorite. Pyramid studs are fine, sure, but they’re kind of the go-to when it comes to edgy embellishments – and when you’re a high school student wanting studs to show just how against-the-norm you are, picking the commonplace stud seems counterproductive. It’s simple angst logic. Ya follow?

Since then, I ordered a crazy amount of cone studs from the internet to use in DIYs. I think I bought them from Angry Young + Poor, but I remember having the hardest time getting that site to load so maybe not. (Come to think of it, that’s likely because every store was hard to shop online not too many years ago, but I digress.) Once my bulk batch was in hand, I used cone studs in a few of my earliest Oh, Julia Ann crafts, like the studded oxfords and embellished sweatshirt. I still have maybe 100 or so leftover in my sewing kit, but they haven’t found a home yet. I have, however, been feeling extra cone stud-inspired since I’m seeing them everywhere right now. Turns out, cone studs are tres chic this season! Who knew?

The other day, while shopping with a 70% Off Strung Beads coupon, I spotted some cone stud-like charms at Joanns that I knew I had to have. I may not rock the studded belt anymore, but teenage Julia is still in there somewhere and damn it, she wants to wear more spikes. 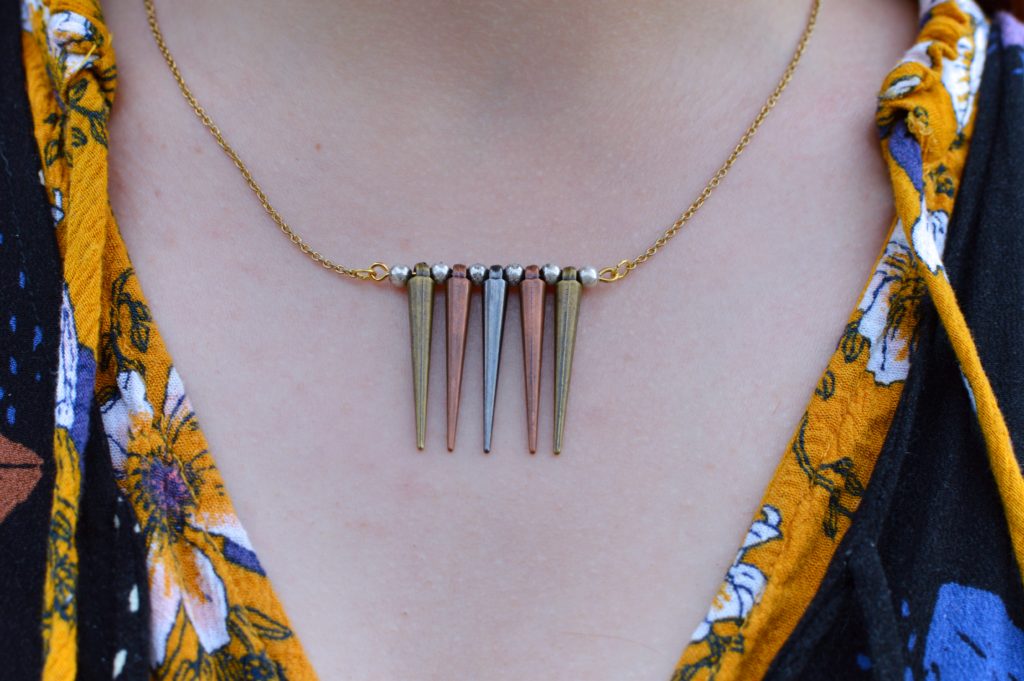 Does the thought of studded anything bring out your inner angsty teen? Then I’ve got a craft for you. 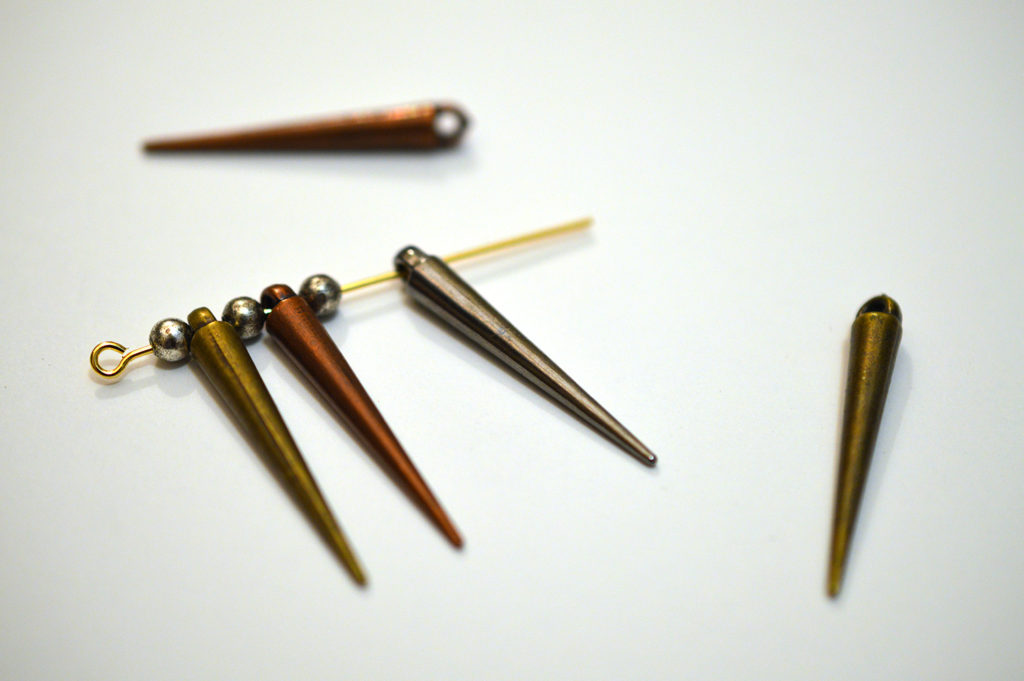 String your beads onto the eye pin alternating spacers and studs, then create a loop on the open end using your pliers. Attach the chain and clasp with jump rings. Boom. You’re done. 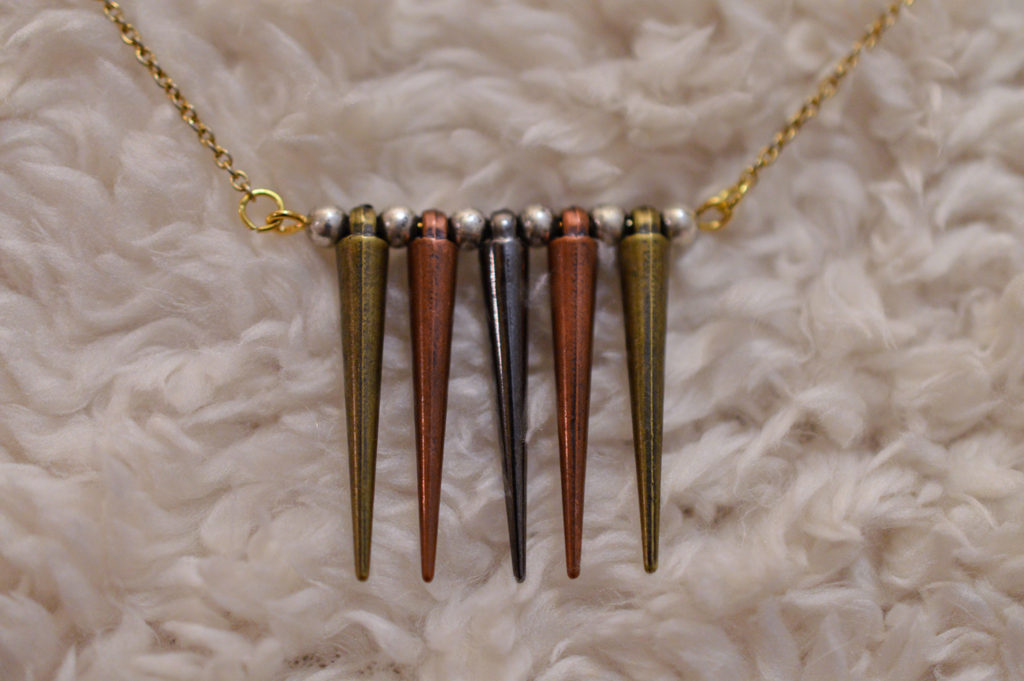 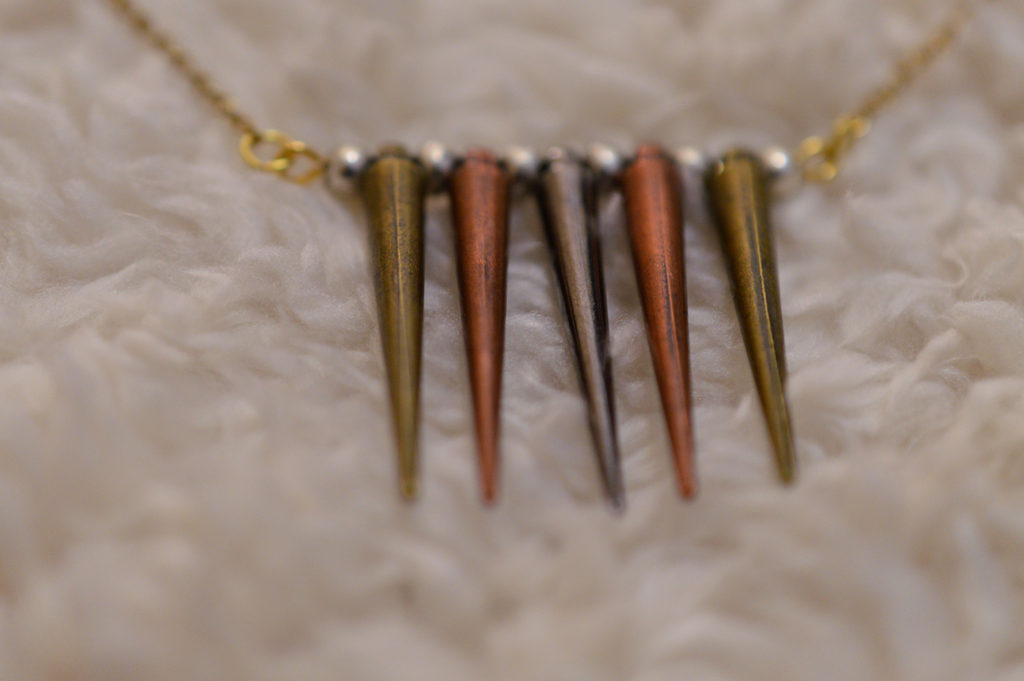 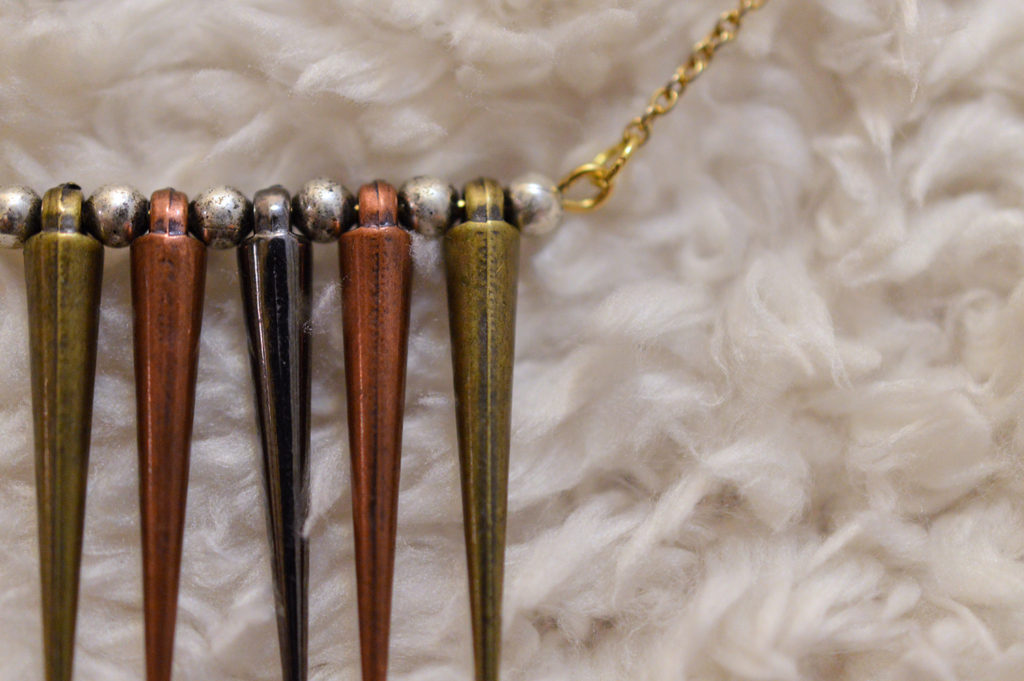 All this talk of teenage years has me wanting to watch Beavis and Butthead, so that’s where I’m heading. Long live your angst.