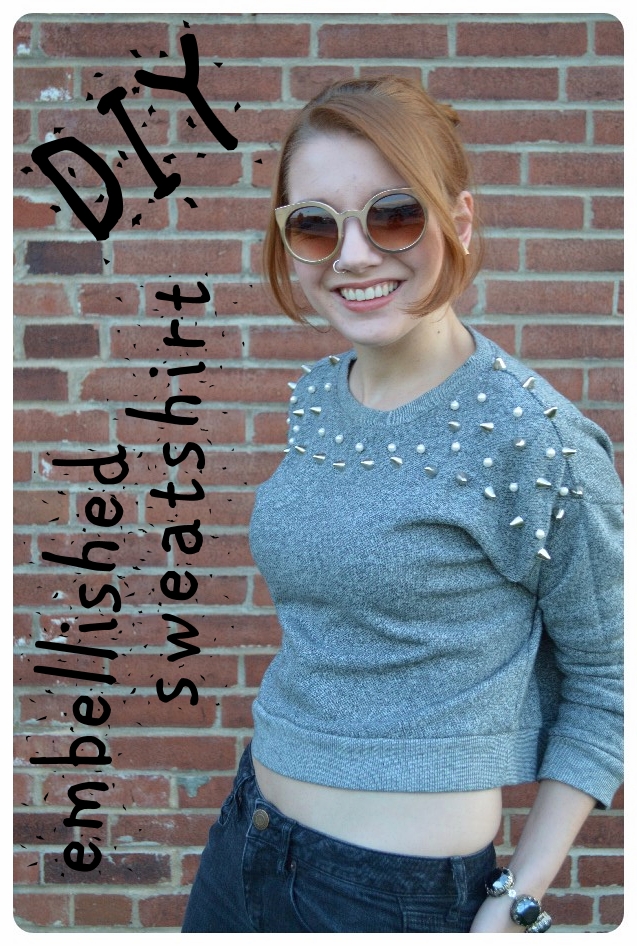 Despite my love/slight fear-based relationship with Stacy and Clinton of the late, great What Not To Wear, I’ll openly admit that comfort is one of the most important aspects of fashion… Or Monday fashion, at least. That means I was beyond thrilled when embellished sweatshirts became an acceptable replacement to real-person shirts. It’s not that I don’t like normal shirts, it’s just that these are, y’know, cozier.

Did I mention that tons of major designers and brands have jumped on the sweatshirt bandwagon?

Sparkling in Sweats by ohjuliaann

While I’m sure you do have $600+ to drop on a decorated sweatshirt, let’s pretend you found that price to be, I don’t know, insane. Embellished sweatshirts are an easy afternoon DIY project, and they’re sincerely cheaper than the designer options.

The entire project was inexpensive. I found these pearls on a dying piece of costume jewelry, and the studs were leftover supplies from my DIY Studded Oxfords. If you don’t have any available in your craft kit, grab your Hobby Lobby or Michael’s coupon and pick some up– even if you don’t feel like printing a savings pass, pearls list online at $3.99/240, and cone studs at $2.80/20 screw-backs, or $4/100 prong-backs. I recommend picking up the pullover at Forever 21; mine was $12.99, but I see some online as low as $8.80.

My ideal sweatshirt wouldn’t have too much going on, and would still be scarf friendly. I decided I would fill in the top 3″ or so with pearls and studs. To show my desired area, I marked the shirt with masking tape, but that’s an optional step depending on your ability to maintain a straight line. After putting a few studs in place to mark out the pattern, I filled in the sewn-on pearls and additional studs. 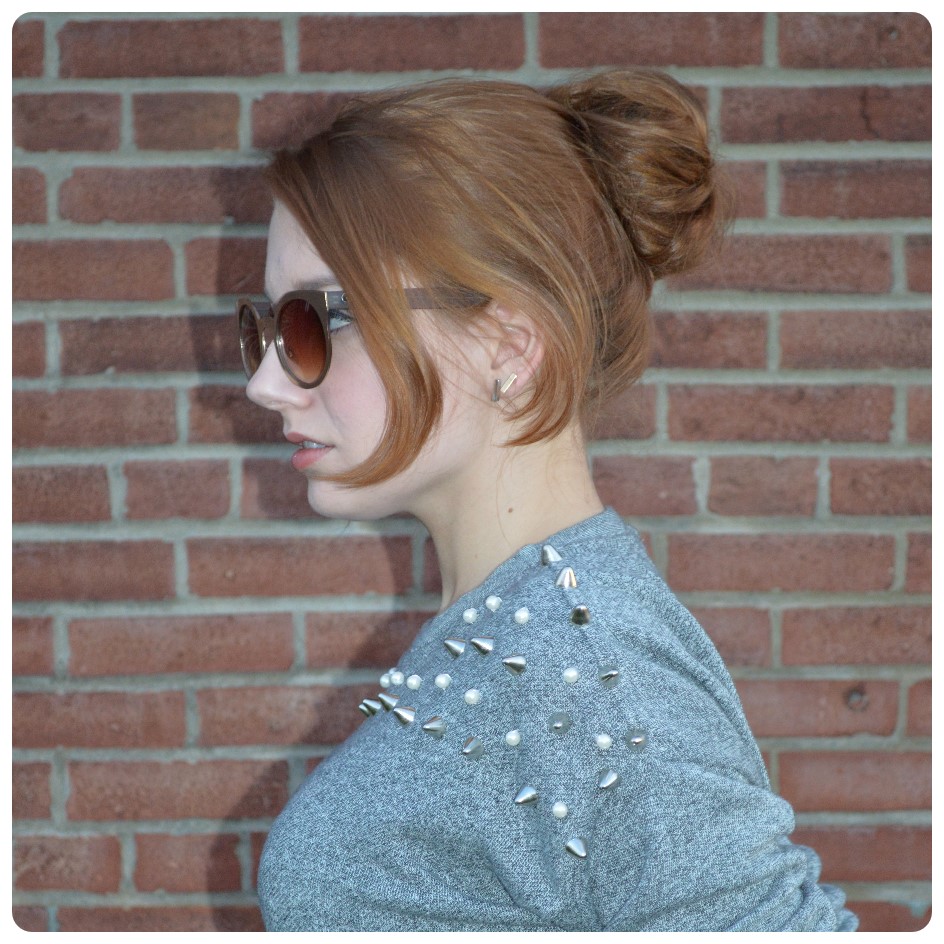 The entire project took about two hours while watching television. Not a bad way to spend an afternoon. 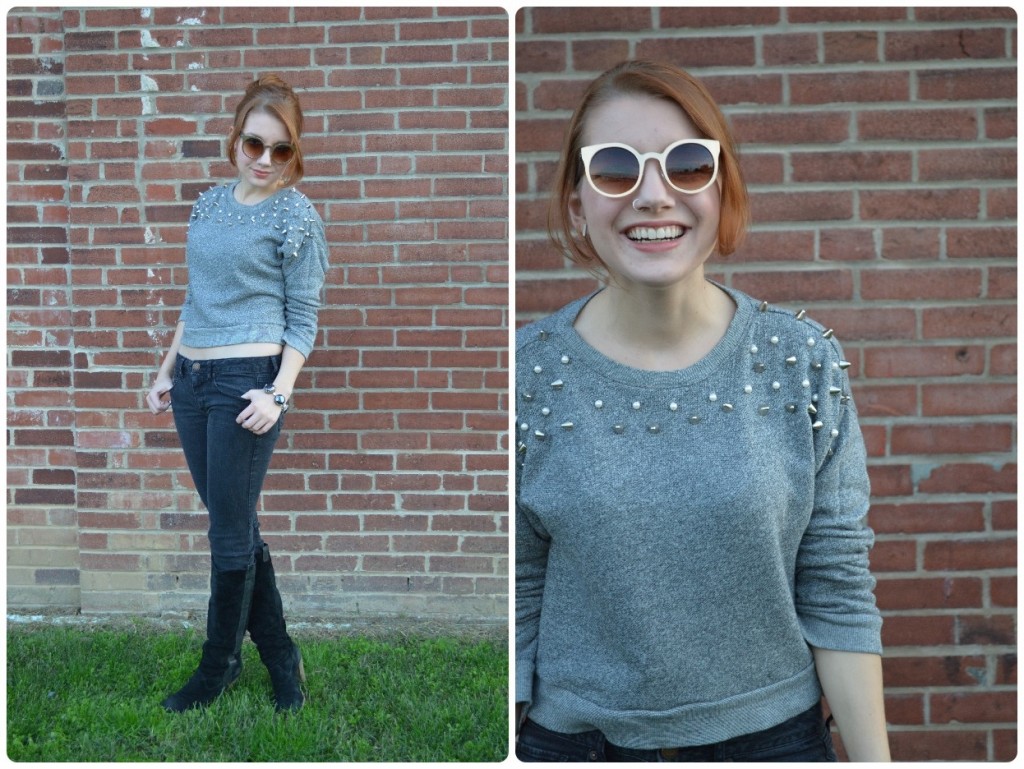