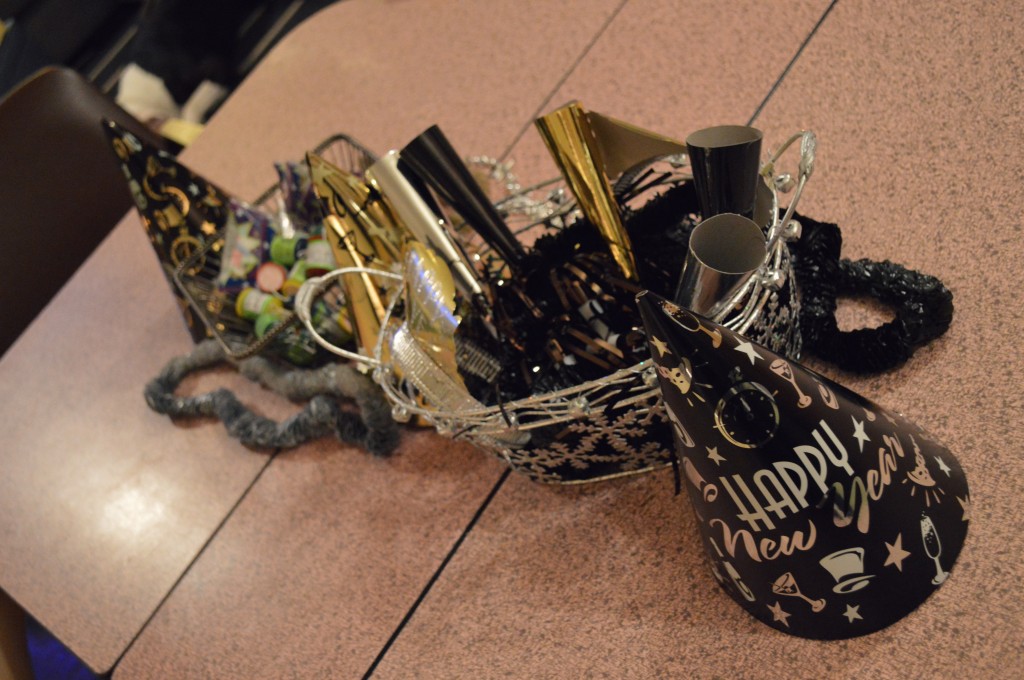 Happy New Year, lovelies. Here’s hoping you had a fantastic and safe evening… and early morning, if you’re any fun. We spent the holiday at our last-minute party, which wasn’t at all last-minute in design but extremely in execution. Journalism is one of those jobs that can’t pause during the holidays, but lots of other, related things (sources I can’t reach because they’re on vacation, etc.) can, which has had me in the office early, late, and on weekends for the last few weeks. As if New Year’s Eve hasn’t been on the same date for my entire life, I actually forgot it was only a week after Christmas. Whoops. Remember what cramming for an exam felt like? This was the party version—and I must proudly say that, like most times I crammed for an exam, it went pretty damn well.

We kept the party simple: good food,  plenty of drinks, and tons of funny stuff. I stuck to easy recipes and a slow-cooker main course, which was ready by the time I got home from work. I used extra NYE accessories as centerpieces, in addition to mixing them into our still-up Christmas decor, to set the mood. To keep the party going, we—well, let’s be honest, we drank, but we also… Hell, y’know what? I’m guessing you’re hungover. Let’s make this a lot easier…

The drinks… Sailor Jerry and Pinnacle cocktails, plus some wine, beer, and (of course) Champagne.

The decor… NYE black-and-gold party kit from Party City and clearance’d glitter Target dot garlands, plus some leftovers from 2012 and a few Christmas items.

The entertainment… An absurd amount of confetti poppers; noise-makers; a toy helicopter; pets who disliked the toy helicopter; the ‘fireplace’ app on our television; Chatroulette-style pop songs; and your new favorite game, Cards Against Humanity. 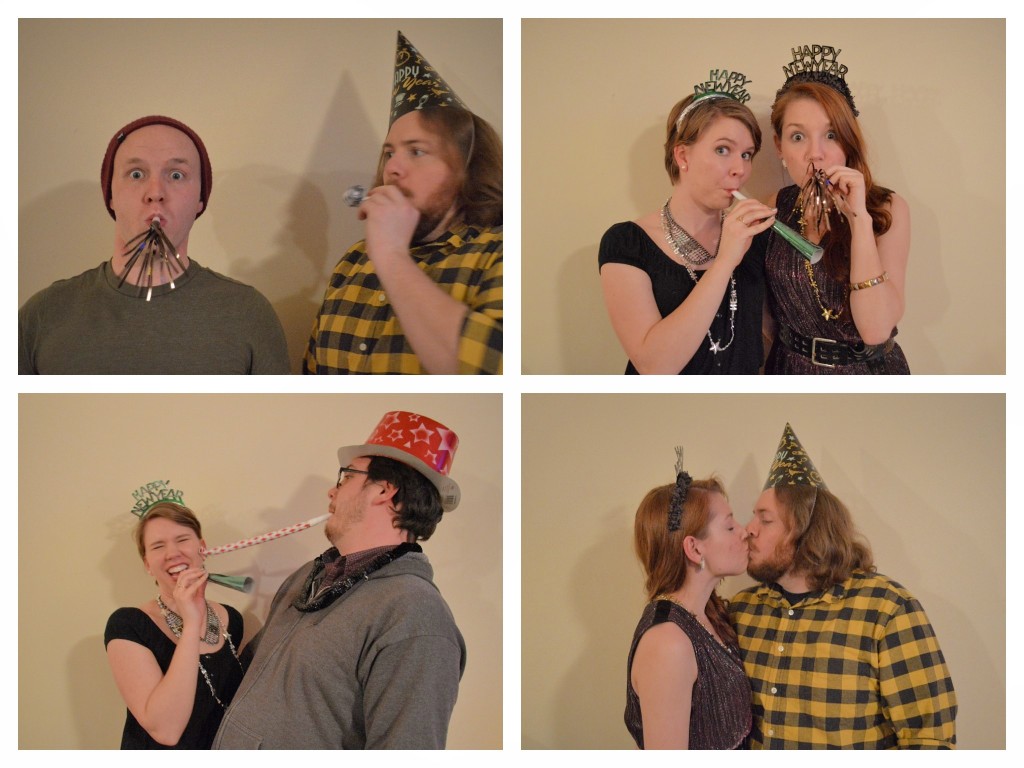 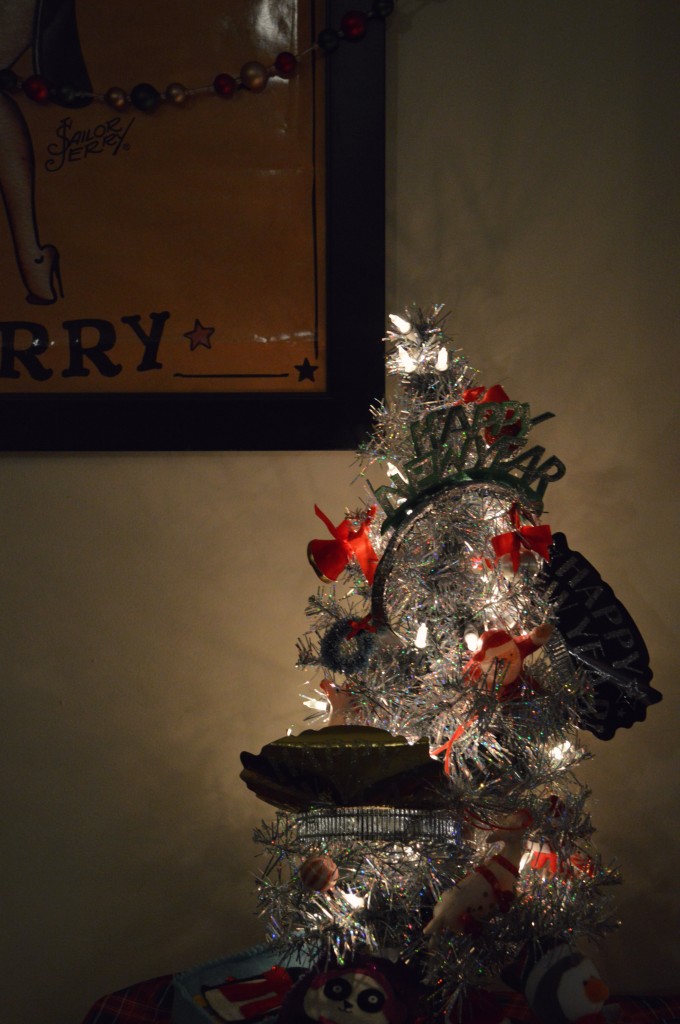 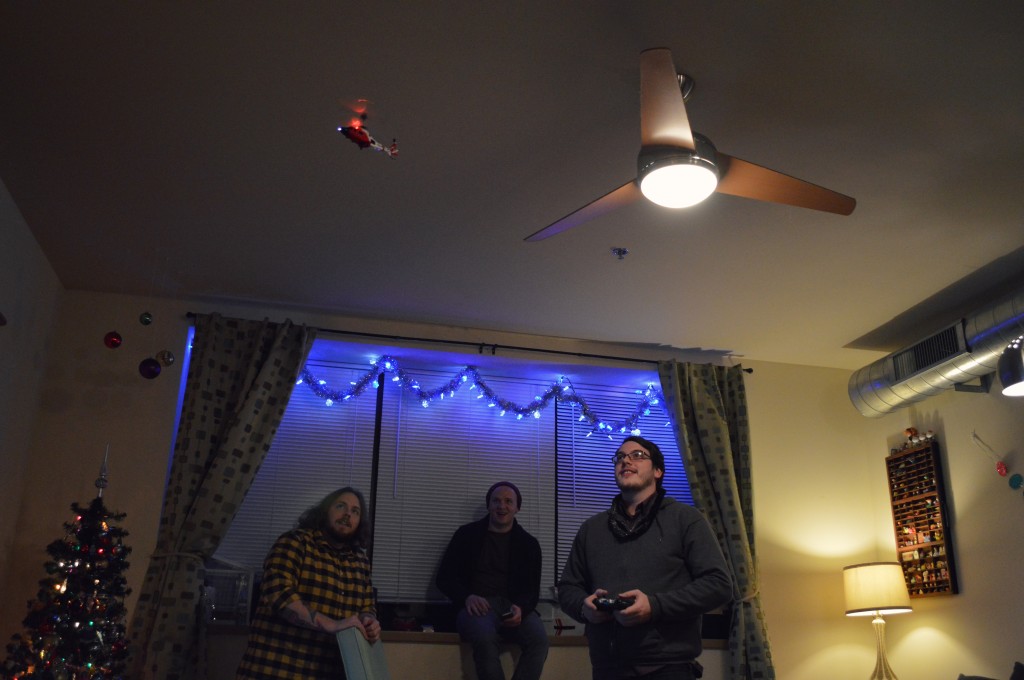 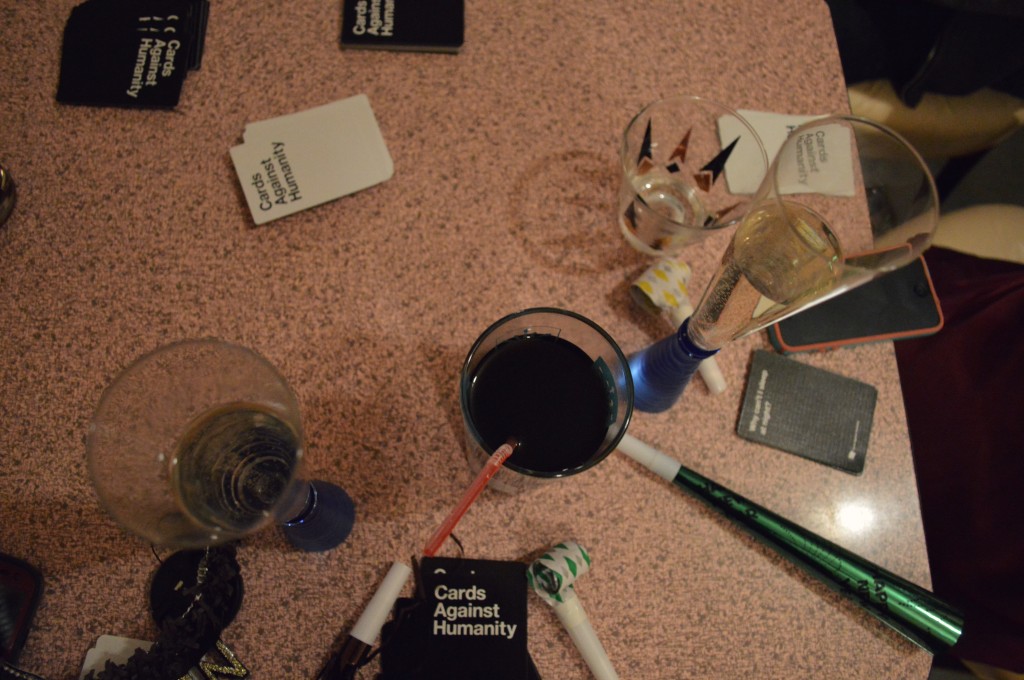 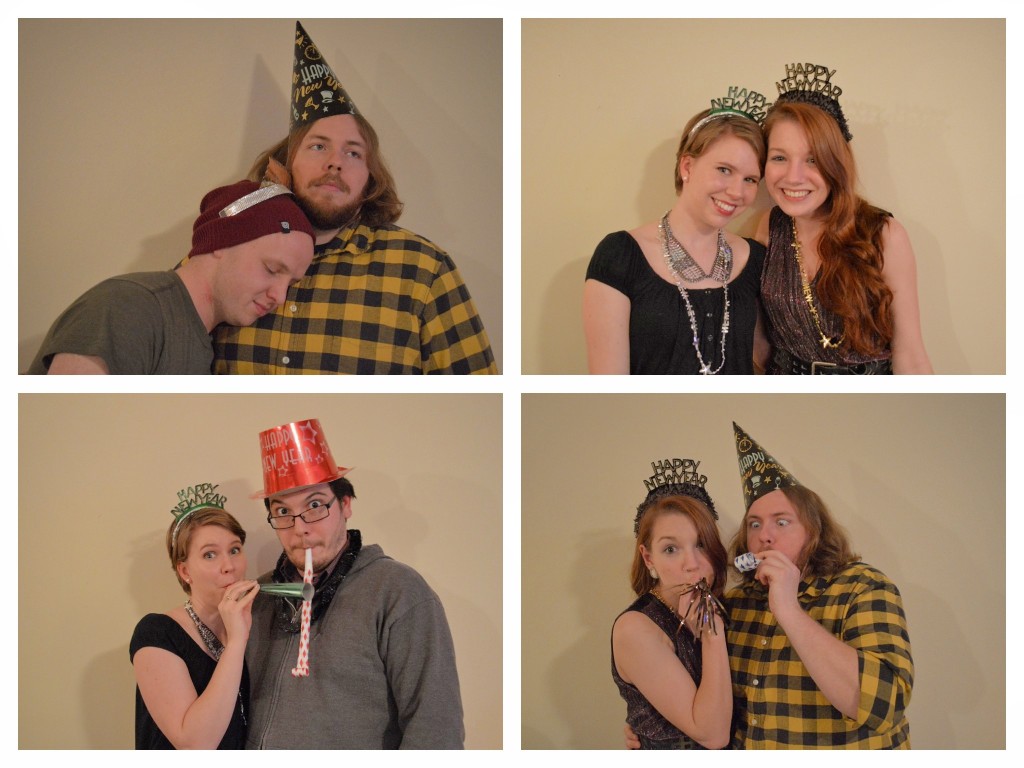 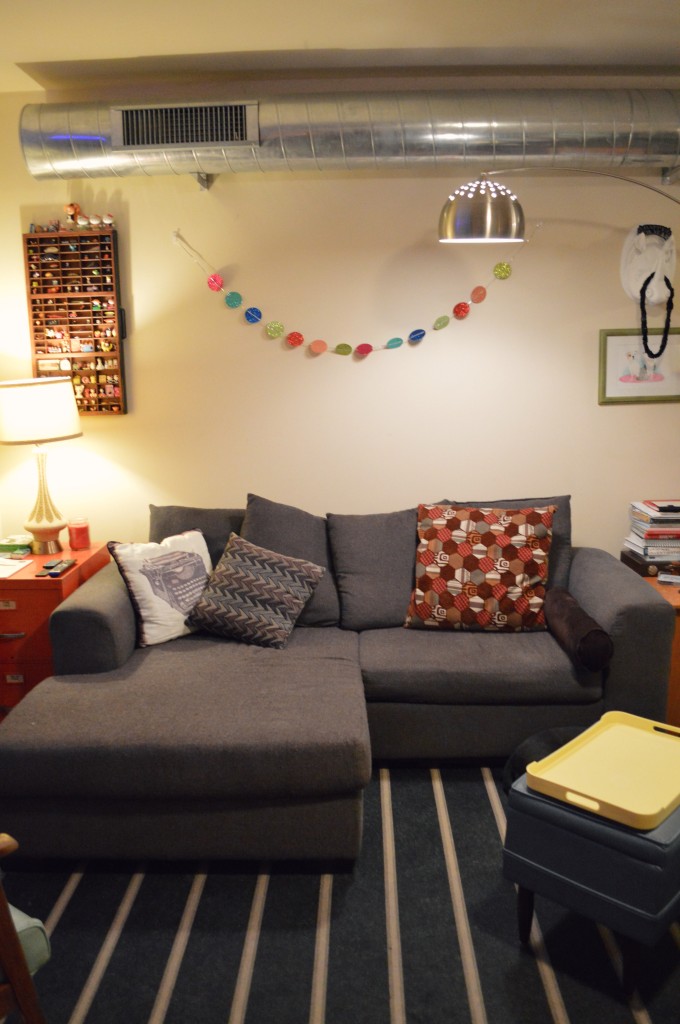 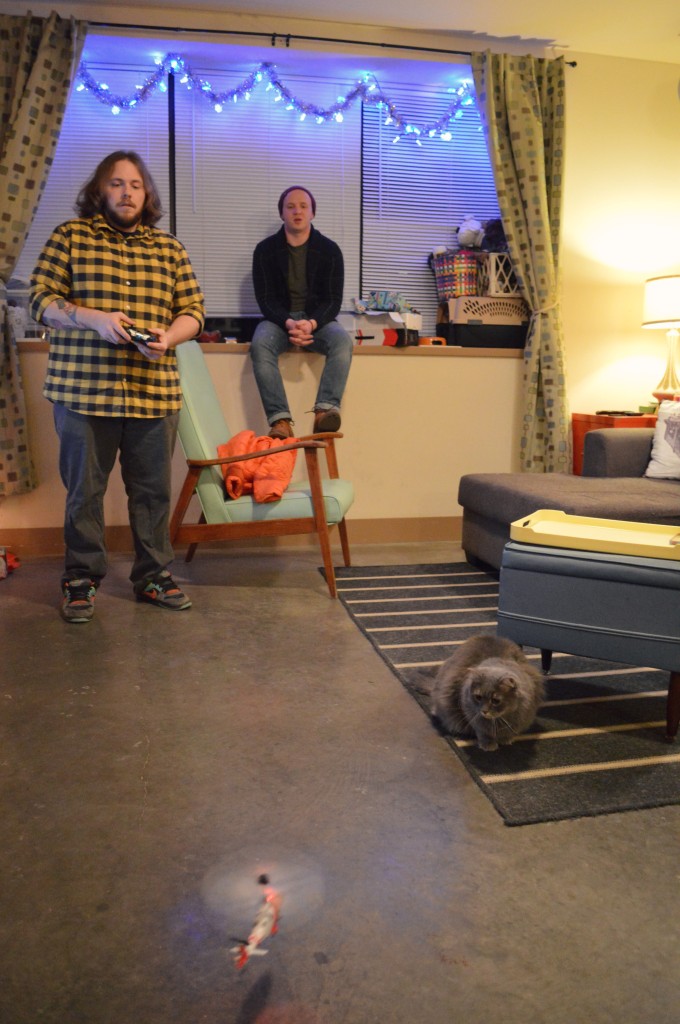 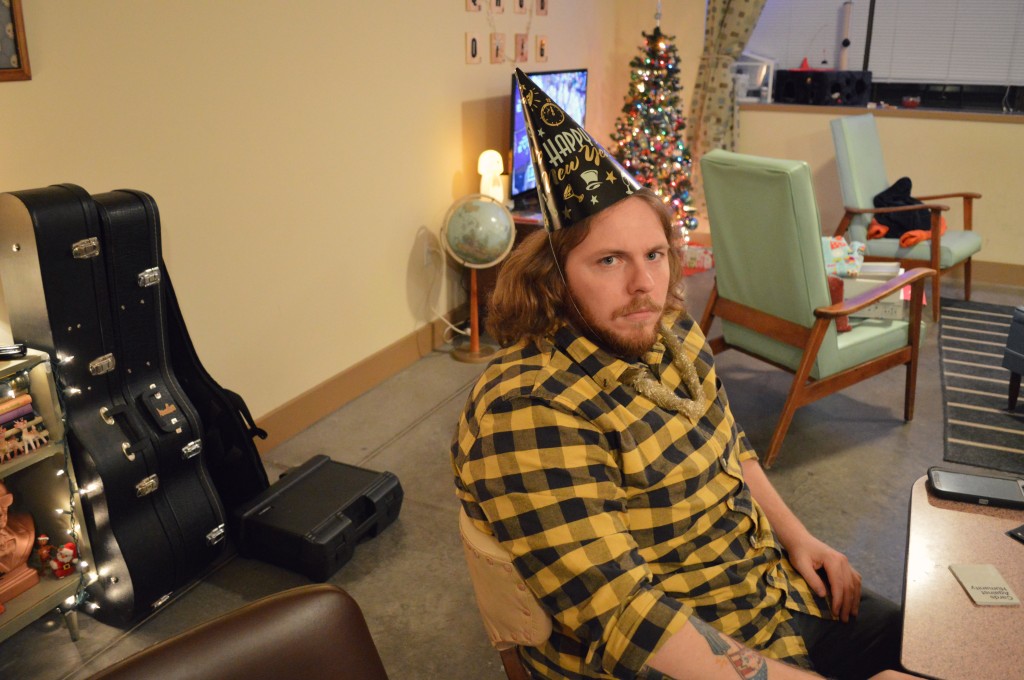 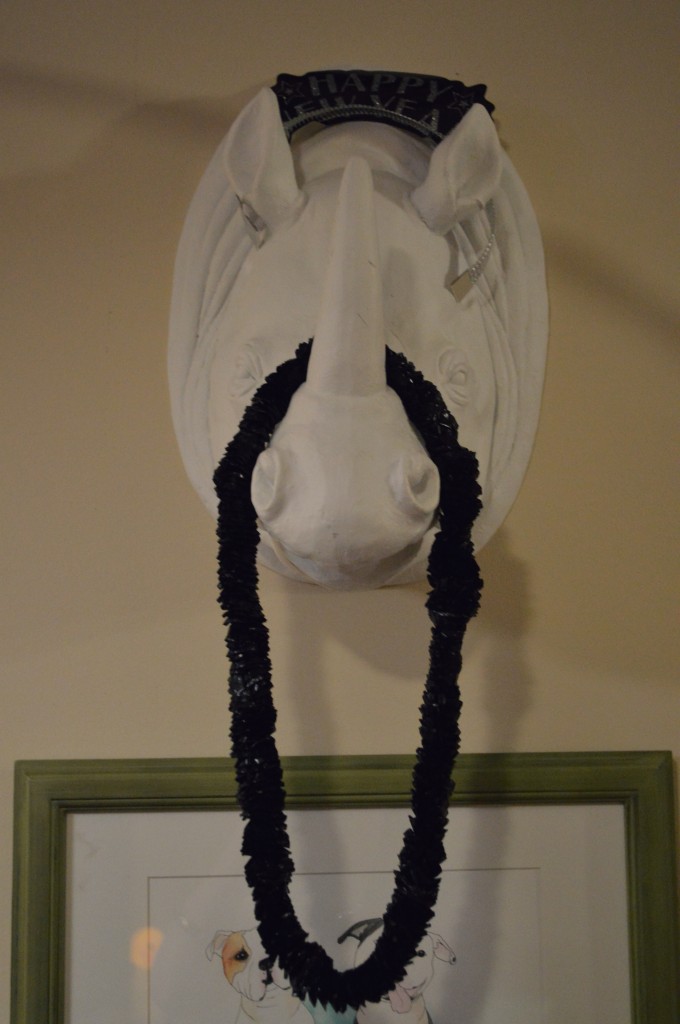 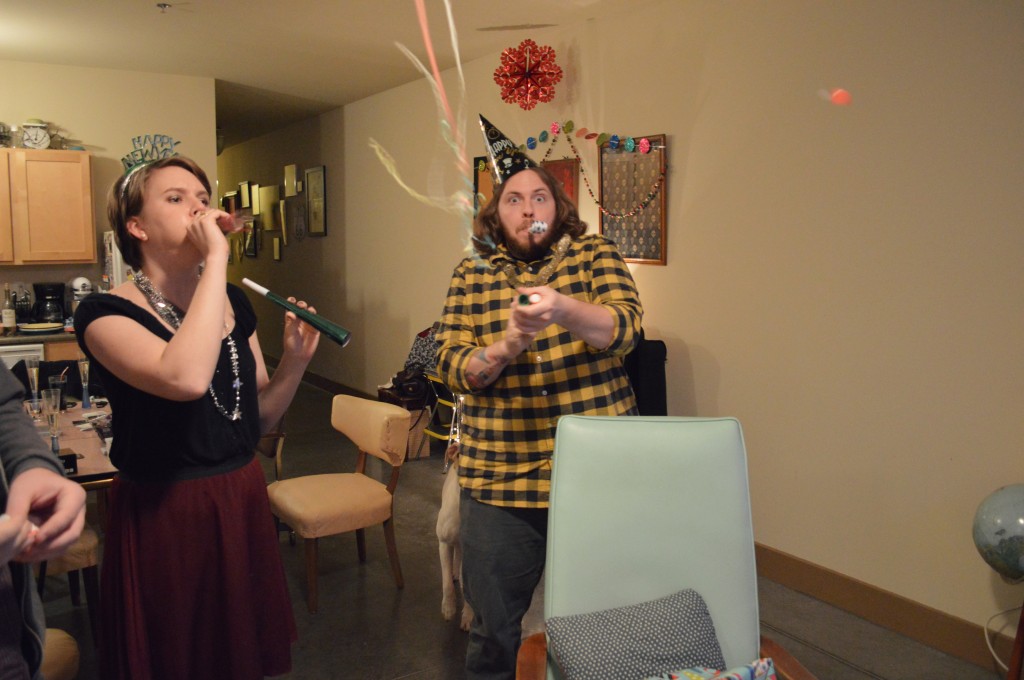 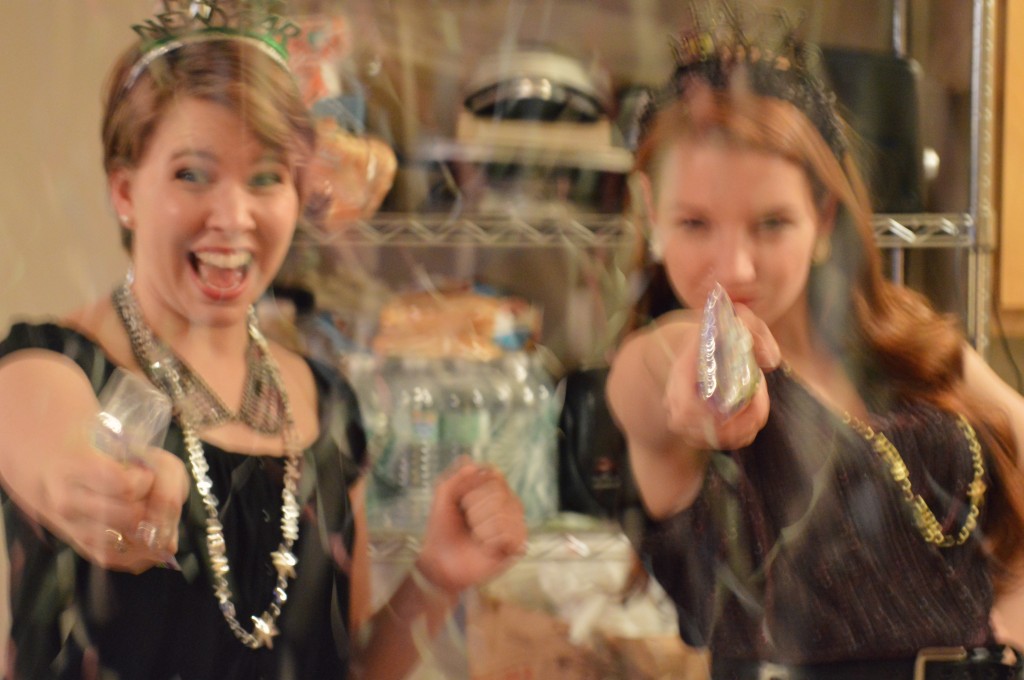 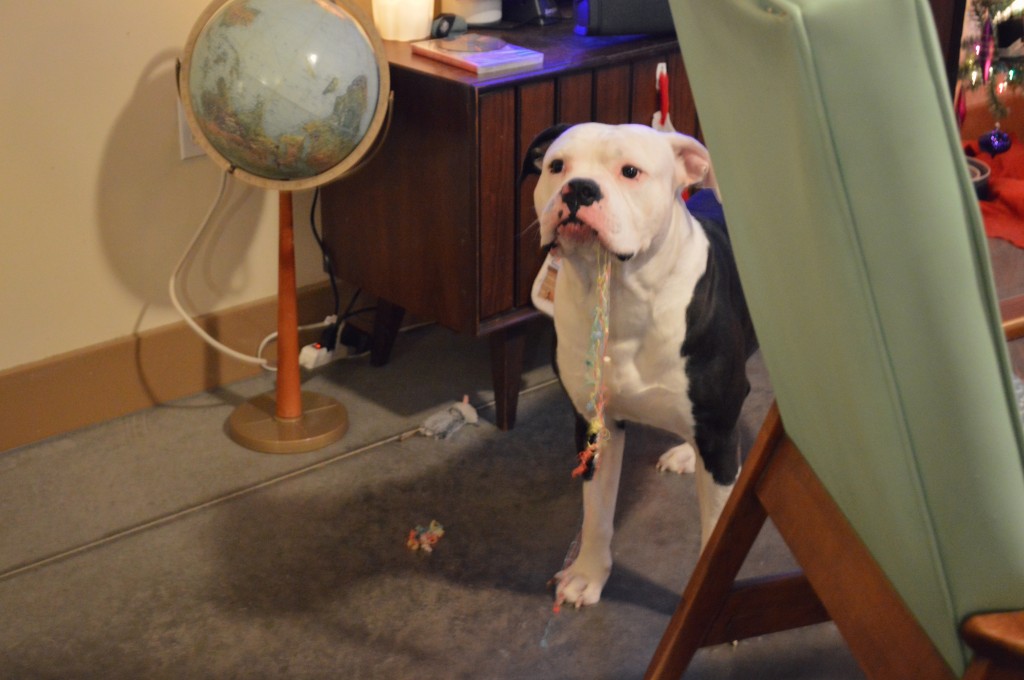 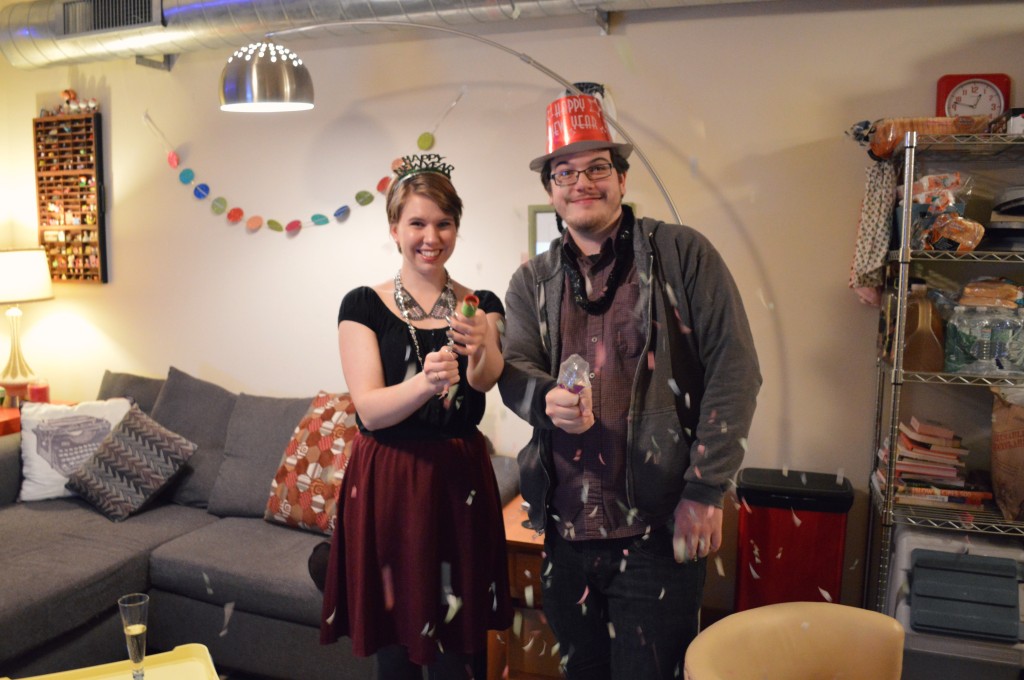 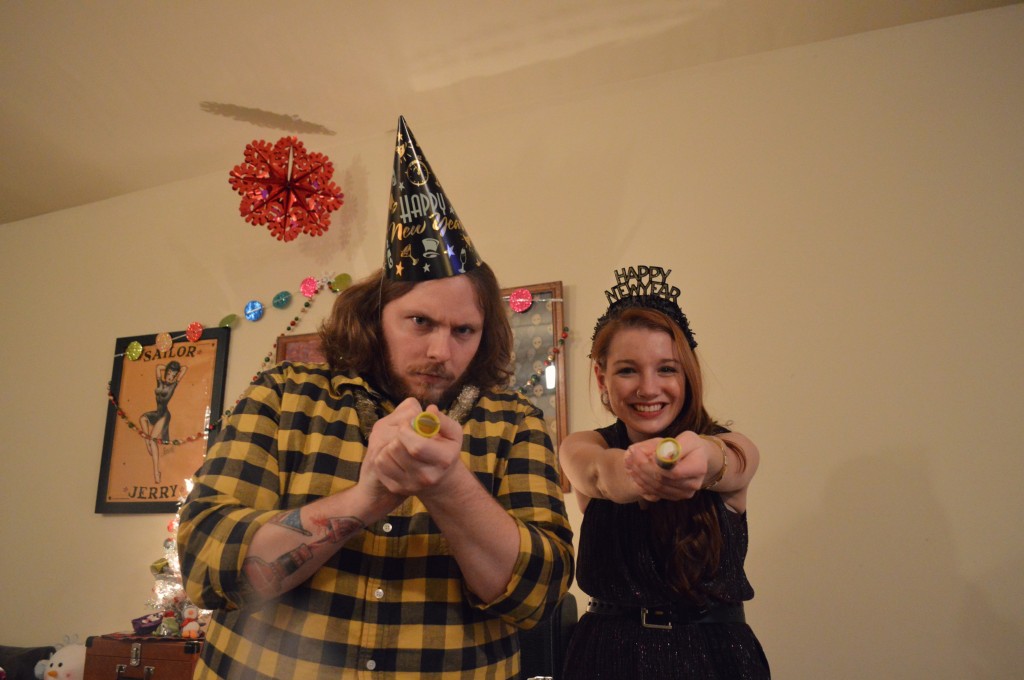 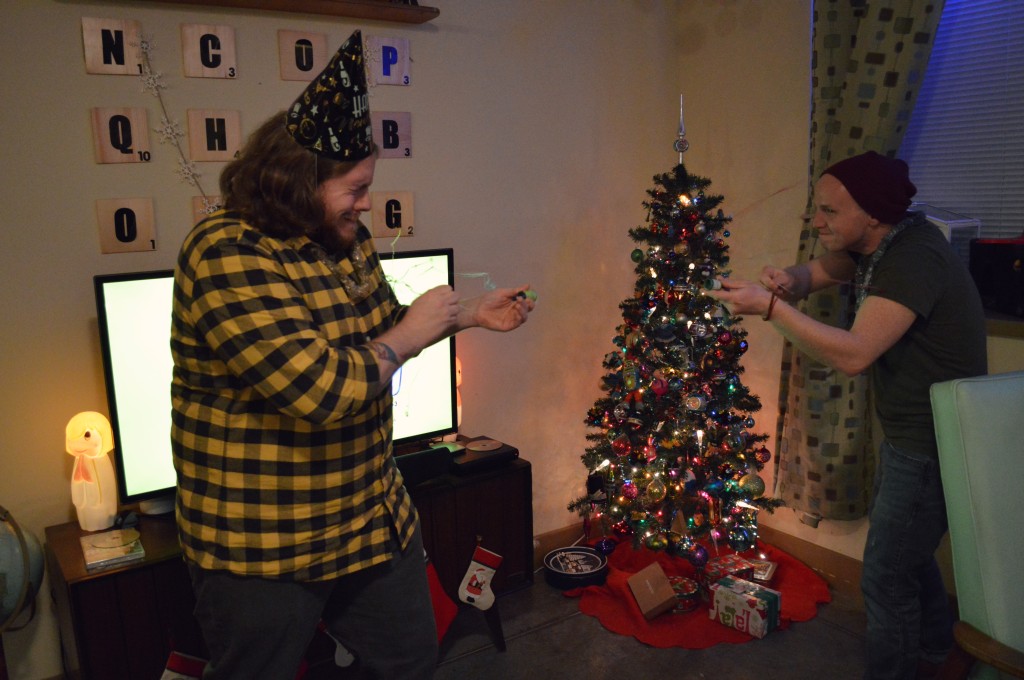 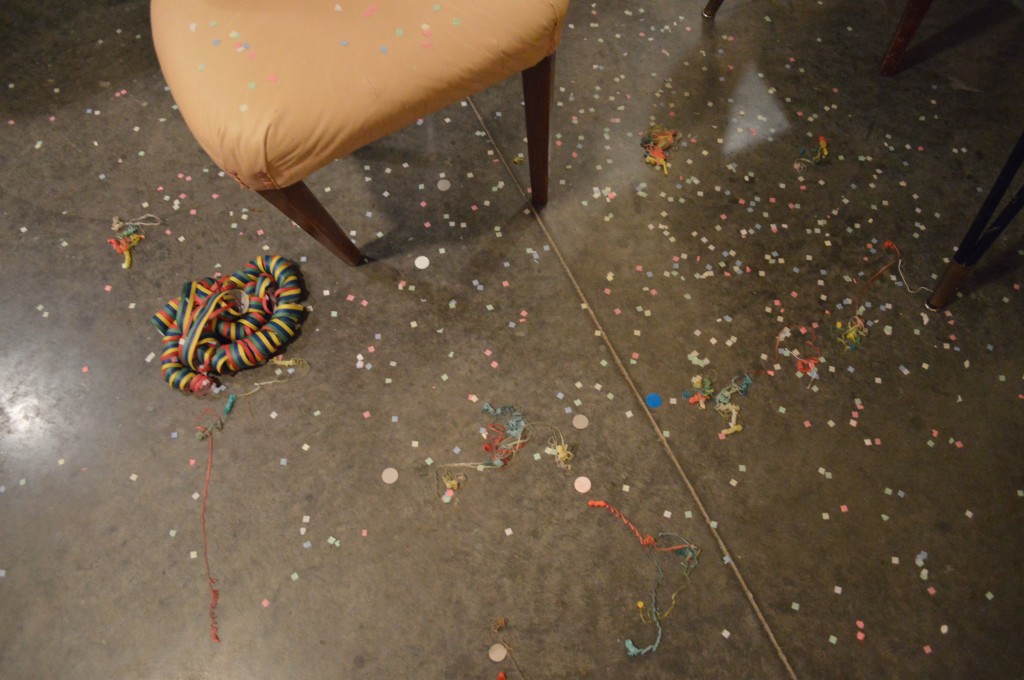 On a hilarious note, we only used one-third of the confetti poppers, if that explains what a psycho amount you end up with when you forget that other people might bring them/you had some left from last year. I suppose I ought to finish the post-party apartment cleaning, but January 1st is not the day for bettering things—January 2nd is. Besides, I have a small headache, a giant McCafe Frappe and a new Sims 3 expansion pack. I’m assuming you can guess my plan for the remainder of the day.

PS: No, I did not let my dog eat confetti. Having bulldogs with hilarious bulldog mouths mean random things stick to their lips, as seen above. It was hilarious, especially because he didn’t realize the streamers were stuck there until I plucked them off. Awesome.