Pop culture says women get free drinks at the bar left and right. They’re handed out faster than those liquidation sale flyers are placed under your windshield at the mall parking lot. Men eagerly wait in groups, wallets out, looking for any table of ladies to shower in free high-end cocktails for a mere wave and a wink at the end. I’ve watched a lot of movies, and frankly they’ve made that point pretty fucking clear.

This is, however, obviously bullshit. And that’s okay! No one needs to waste their money entertaining entire groups with the hopes of talking to one. You should expect to use your own money for things you want. Buying things for strangers seems less reliable than playing the slot machine. And I can’t wink for shit, so if some stud at the end of the bar sent one my way I wouldn’t even be able to give a coy look back; the best I could do would be slowly blink, hoping one eye stayed open, and simultaneously convince the bartender I’ve been over-served. “Why else would she make that face?” would be the only logical response.

I’ve had one male stranger buy me a drink in my 28 years. I’m such an oblivious idiot, and the poor guy was so painfully awkward, that I actually didn’t understand what was happening. I was at Firebird, a dark St. Louis venue that houses a fair amount of punk shows and a bar smaller than you’d see in a 1970s wood-paneled basement, waiting to get a drink and trying to read the subtitles on a nearby T.V. without my glasses. The guy in front of me made a noise that got my attention, but I thought he just had something in his throat so I looked away quickly to be polite. He repeated the noise again, so I glanced over and smiled to make sure he wasn’t choking. I’d hate to have to say I ignored the warning signs of a Heimlich request because of mistaken midwestern manners.

“Oh!” I exclaimed, realizing he was talking to me. He looked mildly out of place for the band that was playing—a shitty assumption, I know—so I figured he’d been drug here by a friend and thought they had a drink menu he’d have to order from. “I’m getting an amaretto sour. They’re sweet, if you like that. And hard to fuck up.”

“Oh cool, thanks,” he replied, spinning back around quickly to wait for his turn.

My squinting eyes went back to the T.V. as I waited to order. The guy in front of me was placing his when the bartender peeked over his shoulder and asked me for my order as well. I told him I’d get an amaretto sour, and he mentioned how funny that was since he was already making one.

“Oh, no, that’s for her,” the guy in front of me mumbled, still trying to look as far away from me as possible.

Holy shit, it’s actually happening! I distinctly remember thinking. But I wish it hadn’t have been him. He seems incredibly sweet and also horrified and I’m married. But he already bought it. I should just graciously accept it and thank him. Don’t be the person who opens with “Thanks, but actually…”

It seemed like a smart plan. And then my husband popped into the line next to me and behind him.

Lance was not in the range of sight for the nice guy paying for my amaretto, so I quickly whispered for him to shoo. Realizing what was happening, my husband quietly ducked away; lucky me, I married someone who not only doesn’t have jealousy issues, but is nice enough to see why it could be embarrassing for the man with the drink if he turned around and I was there with another. The bartender, however, did not seem to see my good intentions and pieced the exchange together, shooting me the worst glares for presumably leading on the guy who bought my $3 well drink.

The gentleman with the cocktail finally turned around and said with his trembling voice, “Amaretto sour. Here ya go.”

“You really didn’t have to do that,” I said. “But thank you. You’re the first person who has ever done that and it really made my night.”

His eyes finally lit up. “Really?” he said, suddenly sporting a confident smile. He nodded a bit to himself, wished me well, and walked away instantly. Either he had no intention of continuing our chat or he threw off his plan with his newfound elation and forgot the next step, but that was the last I saw of him. For his sake I hope by now he’s learned to try to continue the conversation instead of scurrying away, but it clearly worked out for the best in this situation.

That bar wasn’t nearly as nice as the one from my recent Ben Romang Photography photo shoot, but this dimly lit gem at St. Louis Union Station sure seems like the place for movie-quality drinks sent over by beautiful strangers. If only all this class and glam could finally help me close one eye at a time without looking injured. 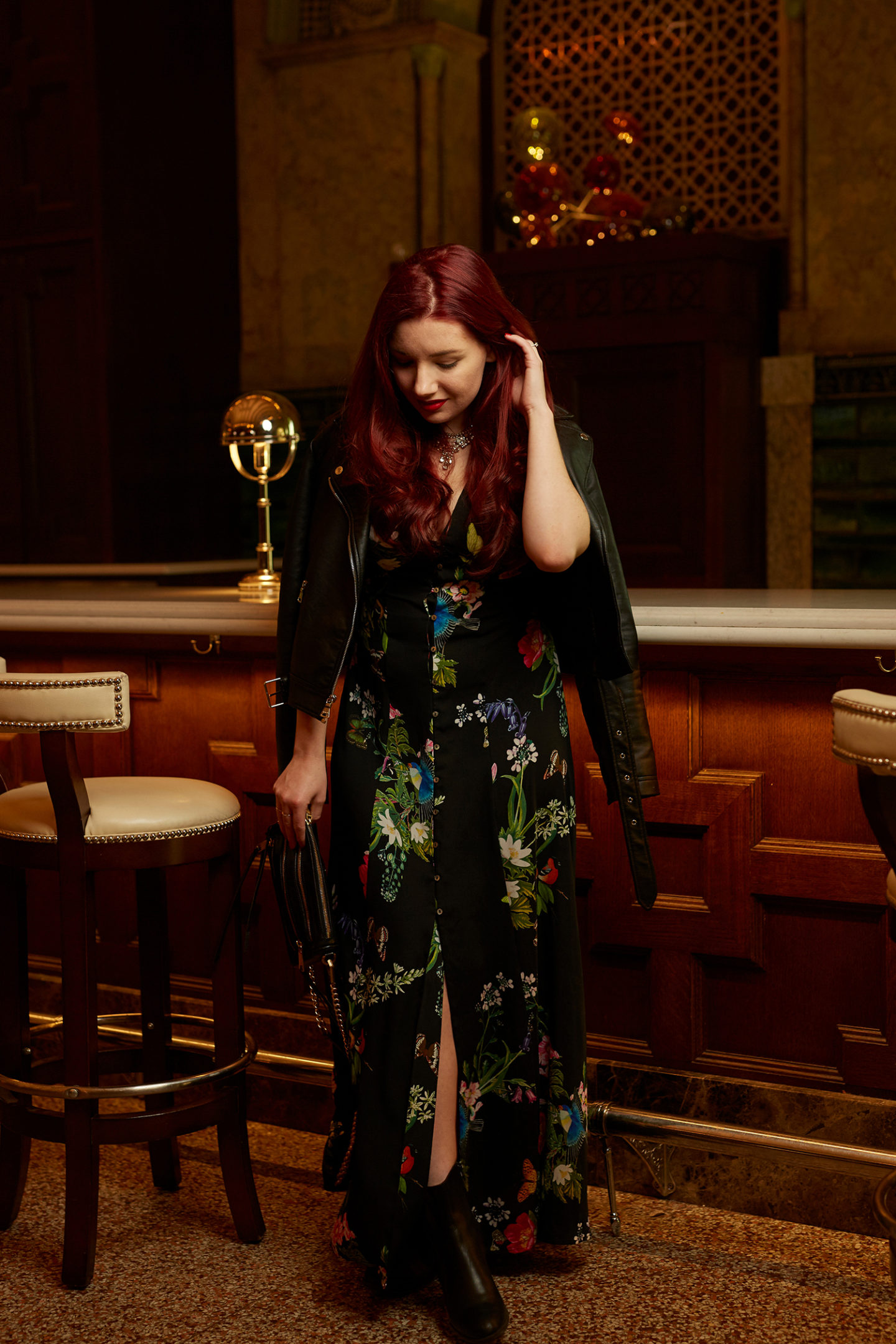 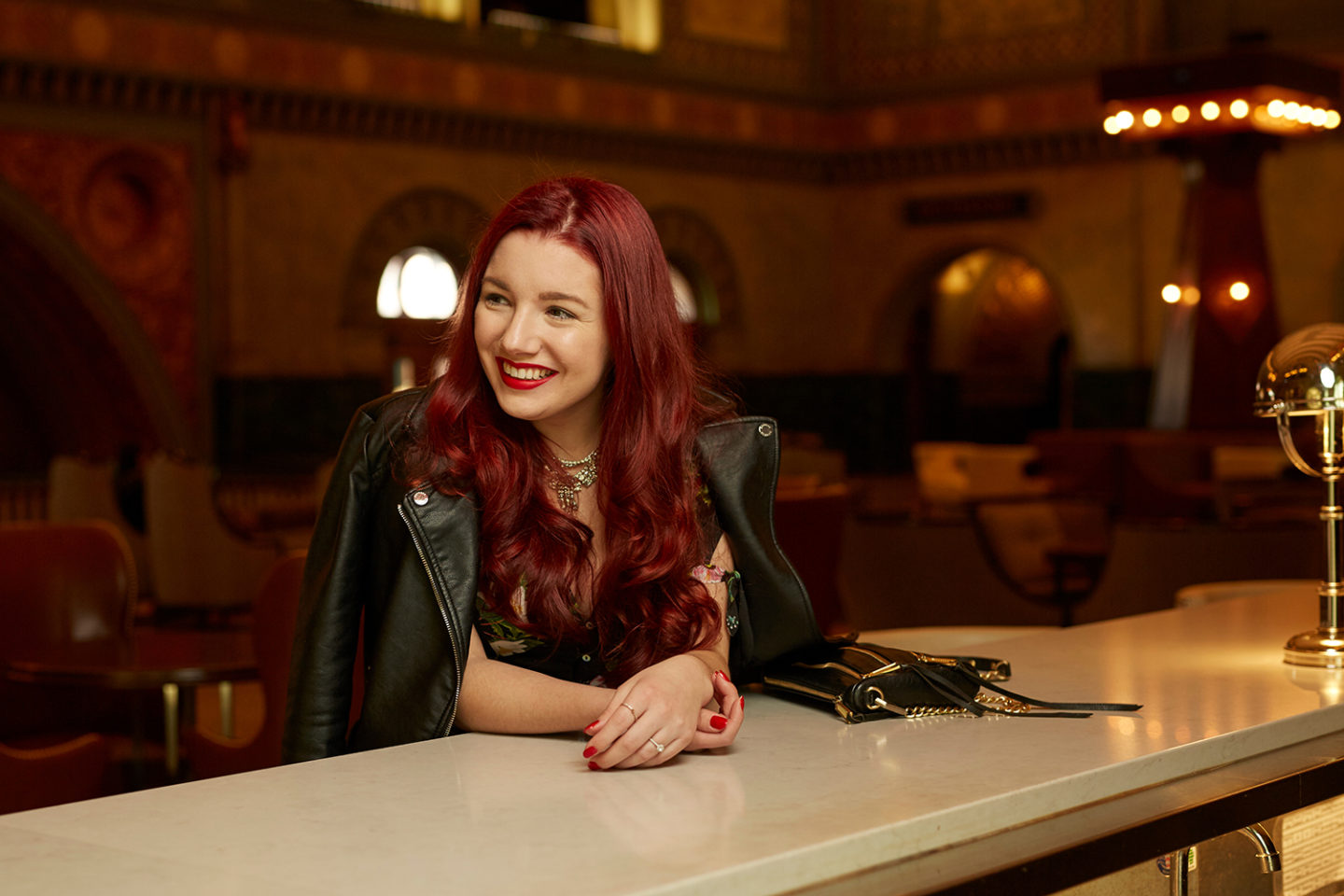 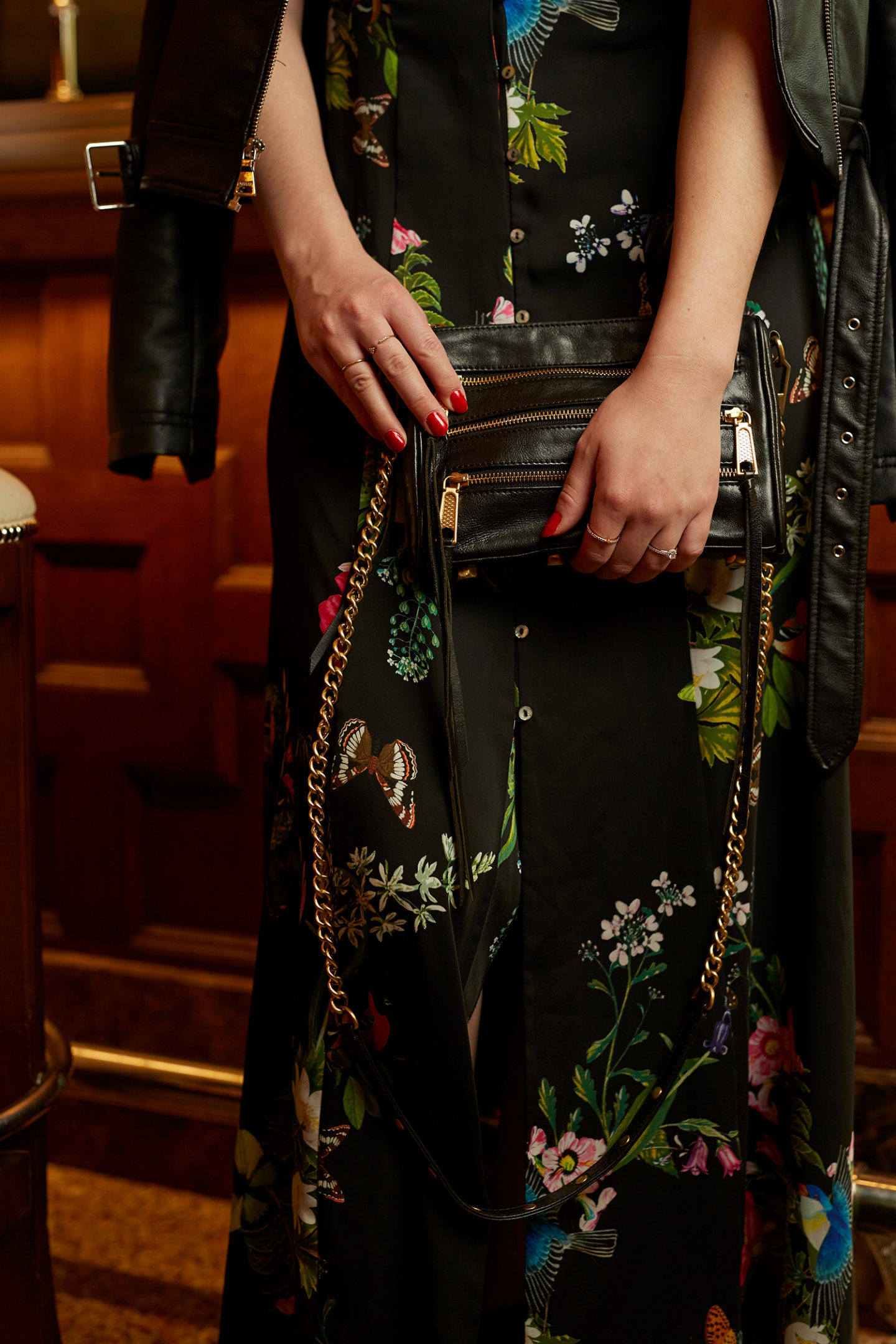 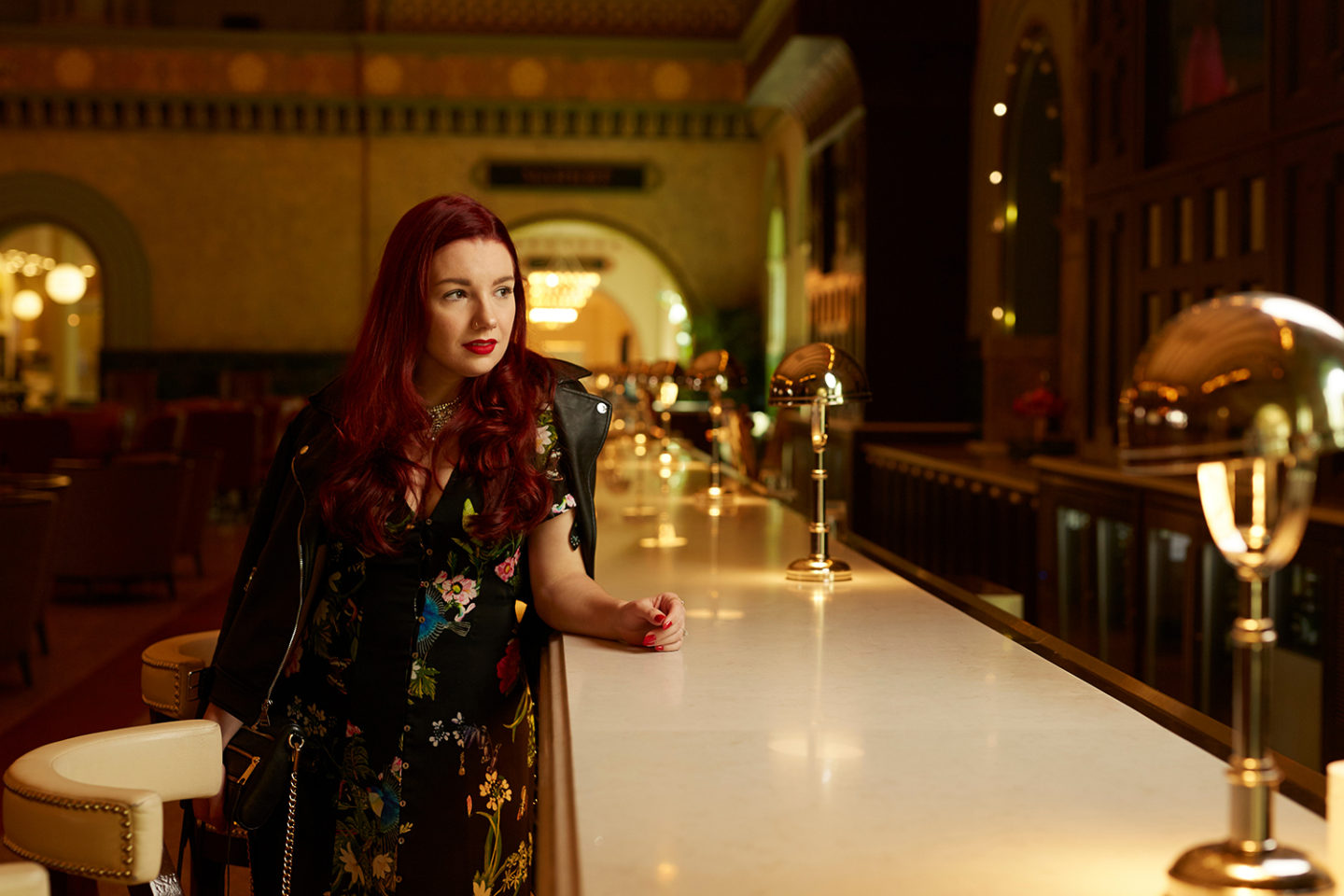 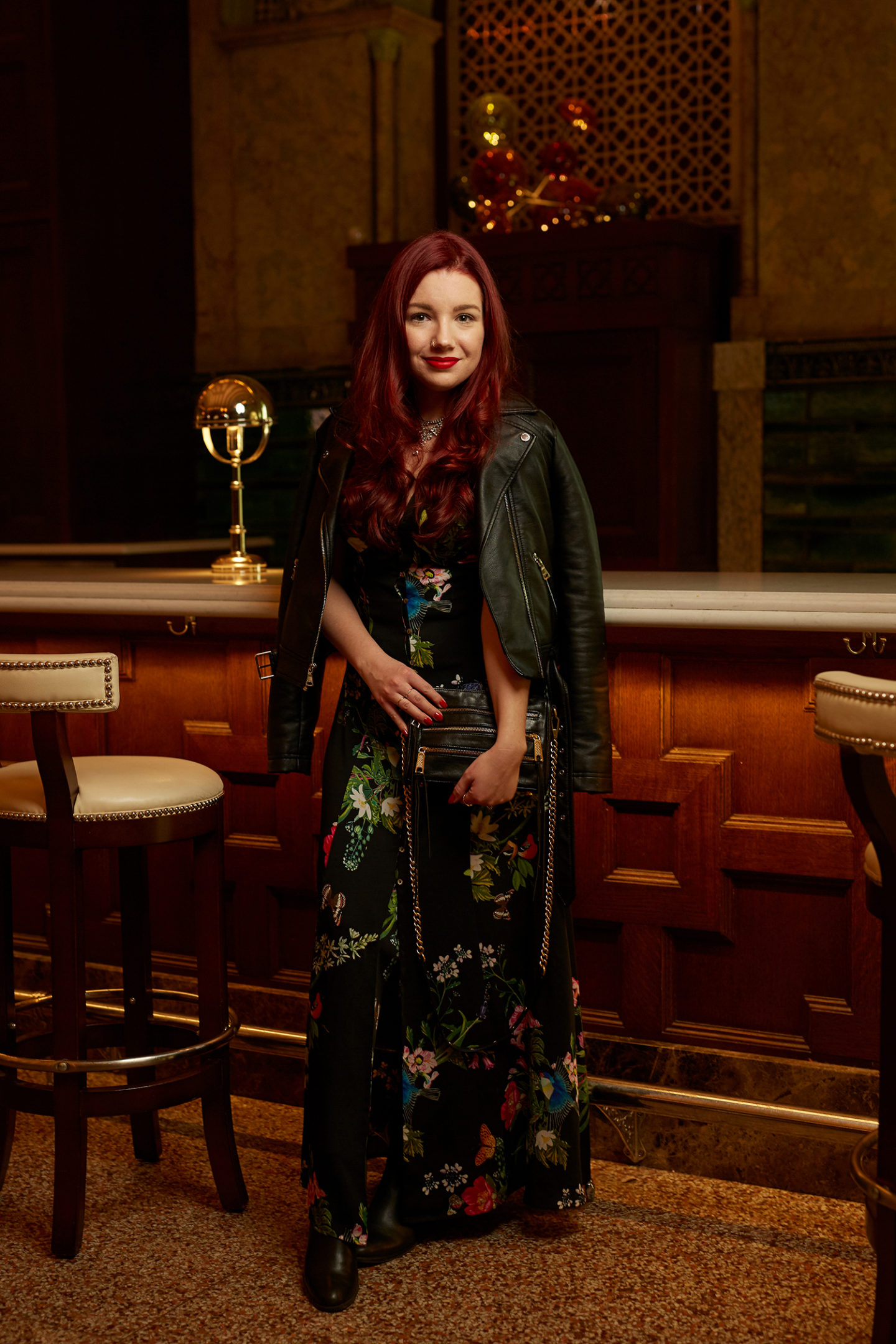 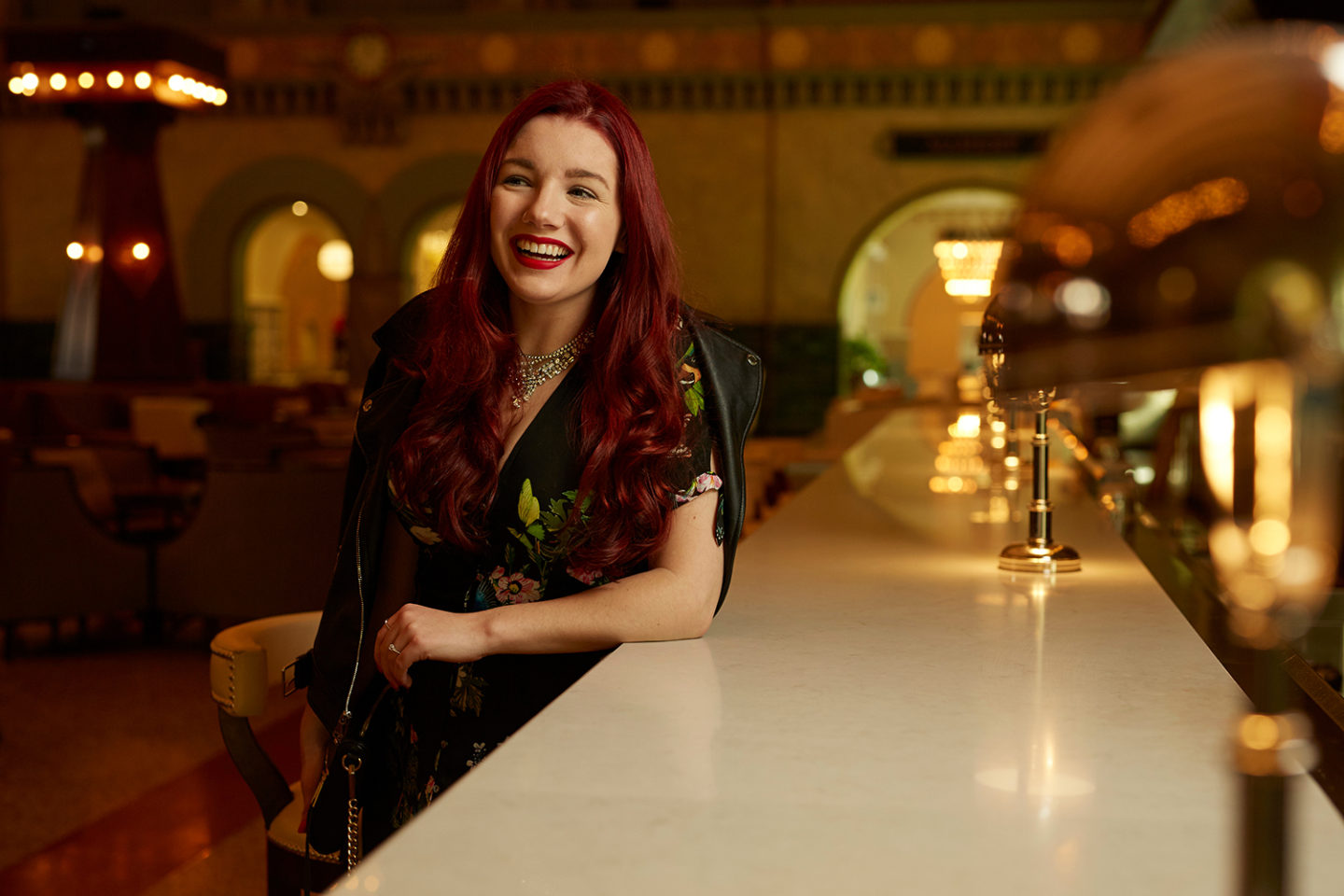