Hello, KC! If we’re friends on Instagram, you know I recently returned from my bachelorette party in Kansas City. We ate, we drank, we danced…and we ate more. Over the weekend, we also had some fun goodies to check out from one of my personal favorite brands, Bachette. You’ve met them before as I’ve shown you a few cute ways to celebrate your bachelorette party using their products, and the owner was kind enough to send over a surprise box of goodies full of items that my bridal party would love. Keep scrolling for tales of drunken awkwardness and extreme wardrobe changes!

My amazing bridesmaids took me to Kansas City, Missouri, for my bachelorette weekend. The ladies came prepared with over-the-top car snacks including local favorite Strange Donuts and chocolate-covered strawberries from Godiva. Spoiled much? (I’m totally useless now and only want top-shelf snacks.) We then grabbed some lattes for the road and hit the highway!

Kansas City is about a four-hour drive from St. Louis and we spent the entire way gabbing, swapping silly stories, and pointing out insane roadside signs. (There are a lot in the middle of Missouri that make you both laugh and question humanity.) Once we arrived, we stayed at the Sheraton Suites Country Club Plaza, which is nestled between a variety of shops, restaurants, and bars in an adorable and upscale part of Kansas City. It was just down the way from the margarita-serving (and therefore Julia-approved) restaurant Tomfooleries, which is where we had dinner. Junk food and alcohol make for a perfect Friday, right?

On Saturday we woke up just in time for breakfast at The Classic Cup, a quaint eatery located in Country Club Plaza. After coffee and carb loading, we hit all the shops on the walk back to the hotel, and I splurged on a few blind box toys along the way. Getting married doesn’t mean you have to grow up! Plus, there was a new-to-me Tokidoki x HK collab and a collection of sneaky-looking cats from KidRobot. I had no choice.

Up next was the movie-quality part of the evening. In case you can’t guess it from my previous posts, I don’t tend to be much of a… how do we say… ‘woo’ girl. When I was in college, I lived off-campus had a long distance boyfriend (ahem, Lance) and was never part of the bar scene. I decided that my bachelorette party would be a great opportunity to test the waters of a social group I never really joined: people who go to clubs. So I went to Bebe and I bought a very, very low-cut dress, and then I went to Target and I bought my first stick-on bra, and then I went to the Power and Light District where I danced a lot.

Honest to god, I had no idea the type of attention that you get if you have a bachelorette sash or tiara or any other piece of attire that says you are the bride. Hilariously enough, I had a lot of people ask if I had gotten married that day, I guess because of my poofy veil. I won’t go into too many of the details of the evening, as many of them are centered around my inability to dance or my unfamiliarity with the club scene, but I will say we spent most of the night at a place called Shark Bar where they were spinning ‘90s tunes all evening. I even danced on a light-up stage in front of people. I’m still shocked that one happened. 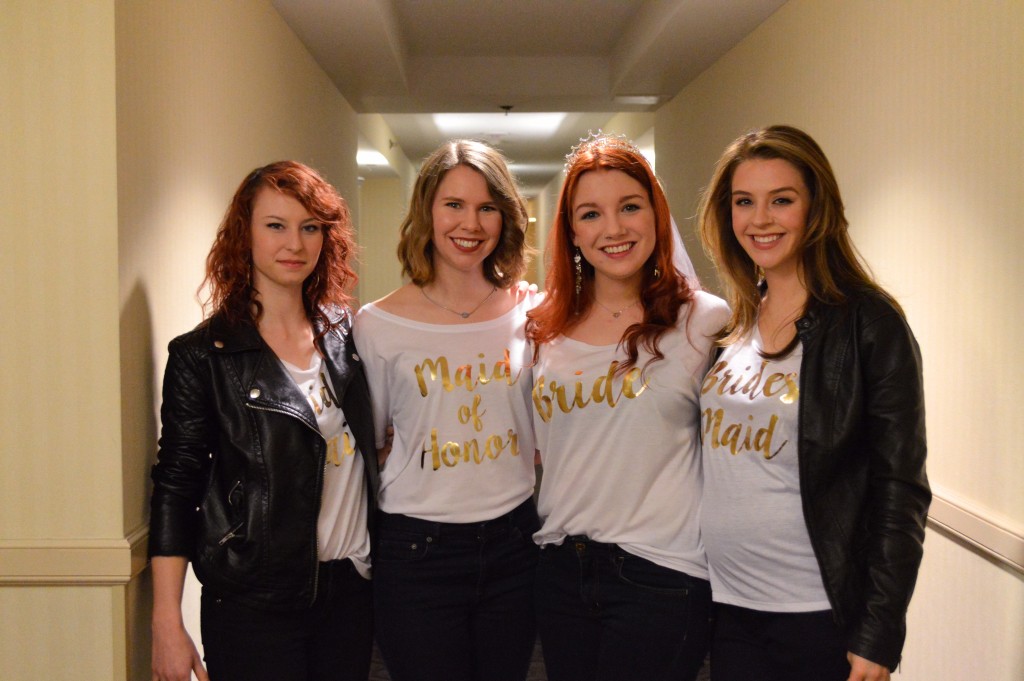 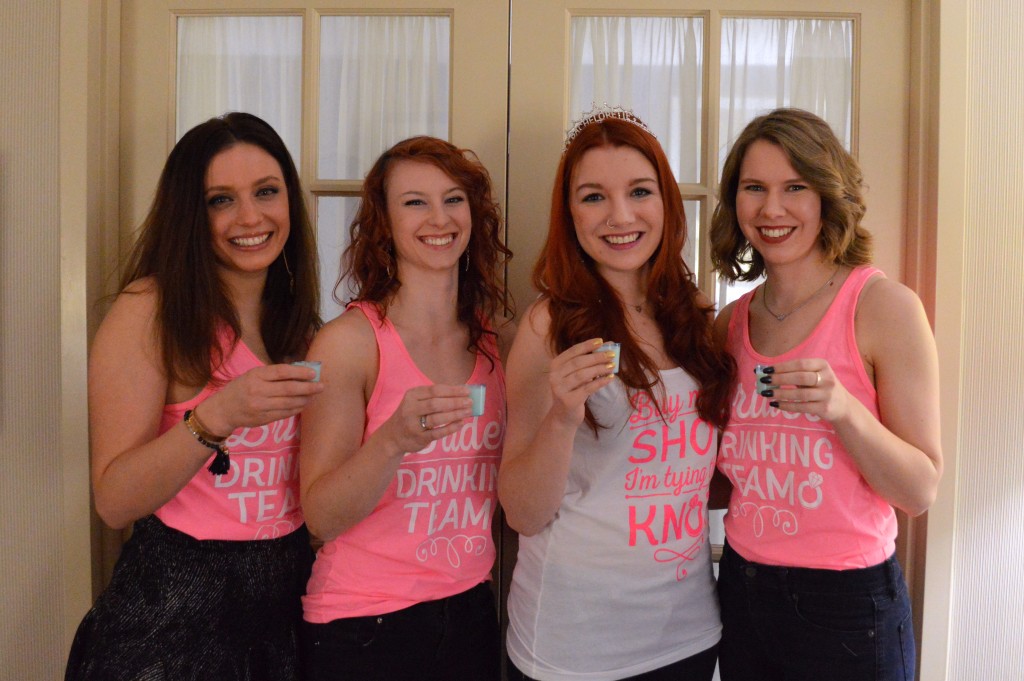 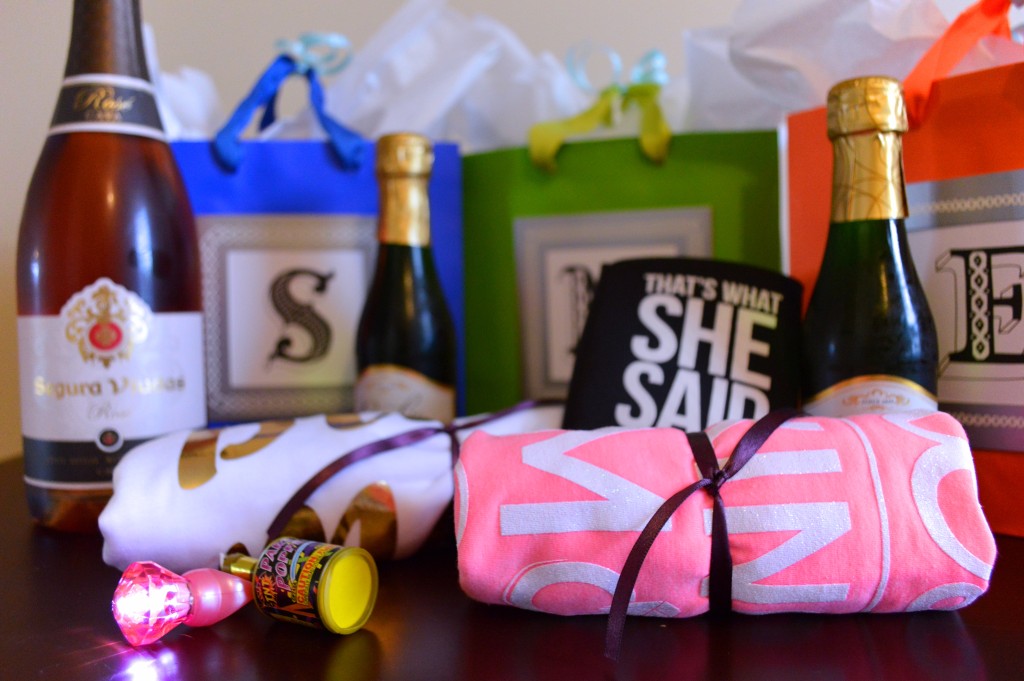 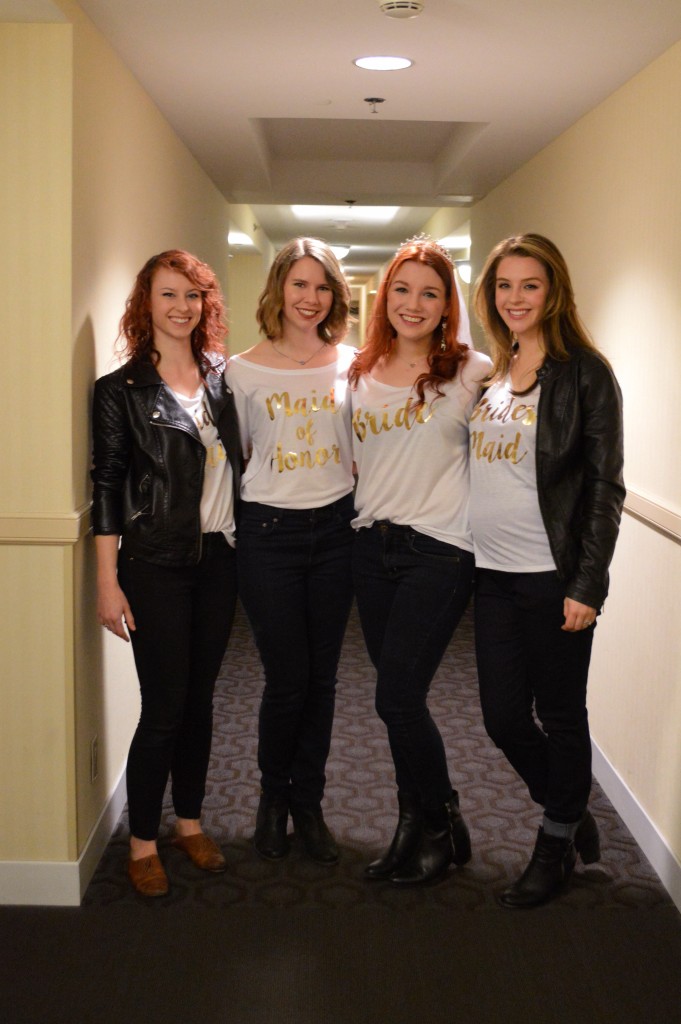 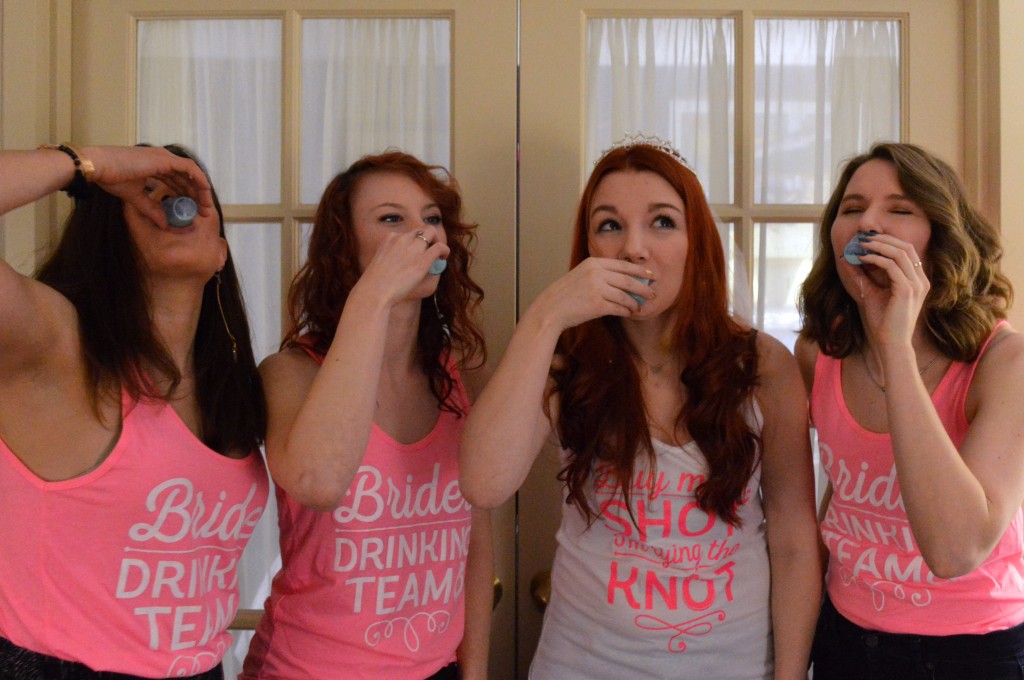 Oh, and the evening ended with pizza, duh. And it was the happiest thing. 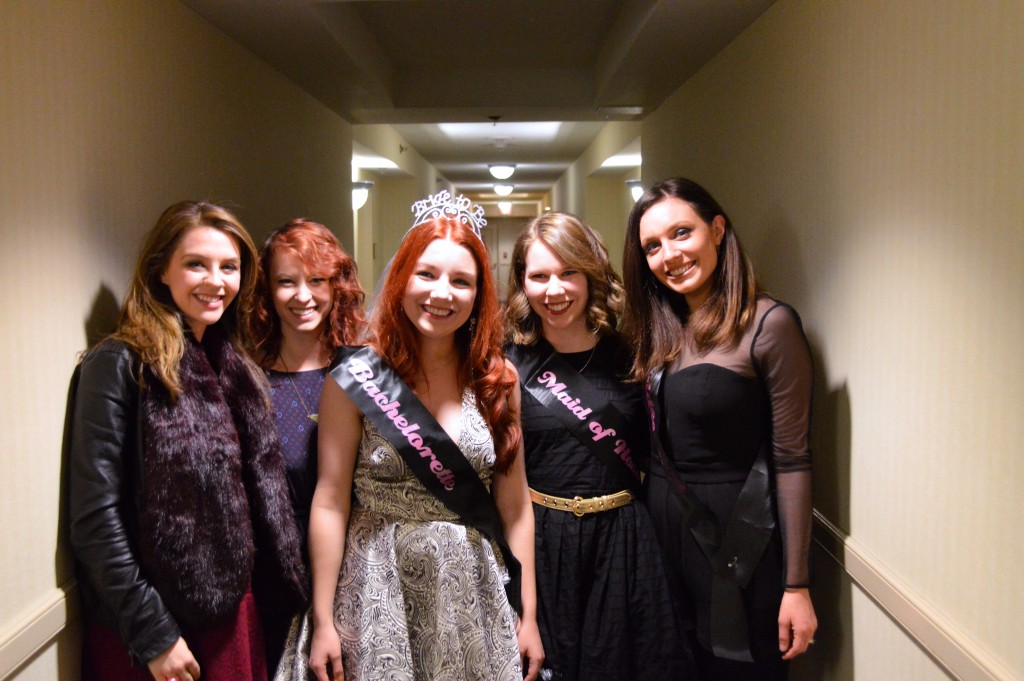 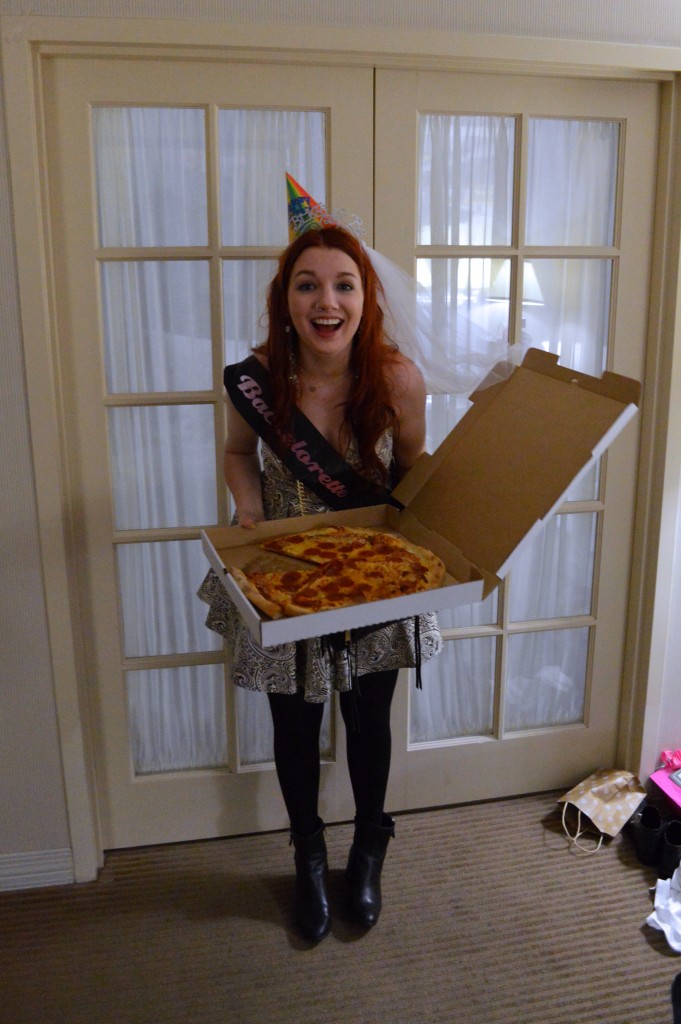 But let’s go back up to the Bachette accessories. Wouldn’t these tops would make cute gifts from the maid of honor to the group, or from the bride to her ladies? The shirts are so soft. To make them a gift, complete the package with party supplies like confetti poppers and light-up rings. And don’t forget the koozies!

Before leaving KC on Sunday we headed into a different part of town to get brunch at Eggtc. It was second only to pizza as the most needed meal of the trip. As you likely expected, I went in leggings. And no one can fault me.