I fell in love with St. Louis when I bought this shirt. I was fourteen or so, and I’d snagged a spot in a friend of a friend’s car to come down from our Central Illinois hometown for a show at The Pageant or Mississippi Nights — Maybe the Summer of Ska tour? Too much fun blurs together. — and we arrived early enough to hit up the second-hand stores on Delmar in the afternoon.

“Do you like Lars?” one of my friends asked, waving a cheap t-shirt my way.

I did like Lars. In fact, Lars was my unattainable crush, so I really really liked Lars. Rancid was (is) my favorite band, and I enjoyed what I’d heard of Lars’ side project. The shirt was comfy and inexpensive and I was already in line buying a zipper-covered miniskirt, so I had him toss me the top and I happily added it to my pile.

But the funny part is that of my dozens upon dozens of black teenage band shirts, this one Lars Frederiksen and the Bastards top is only one of two still accessible in my closet. (What can I say? ‘Youth – Medium’ fits a 26-year-old frame a little differently than it did back then.) And while I liked the albums this band released, they aren’t why I kept the shirt for the past twelve or so years — and neither is my teenage crush on Lars. Instead, this one has always reminded me of how thrilled I was when I bought it. I was so staggeringly in awe of finding a relatively low-key punk band’s shirt sitting in a second-hand store, and so painfully excited to see the bands I loved later that day, that this one has always kept the good vibes woven into the over-washed fabric. Happy memories from my earliest days in the scene.

In case you were wondering, it still fits pretty damn well. I don’t rock minis like I used to, but I think it goes nicely with a maxi, don’t you? 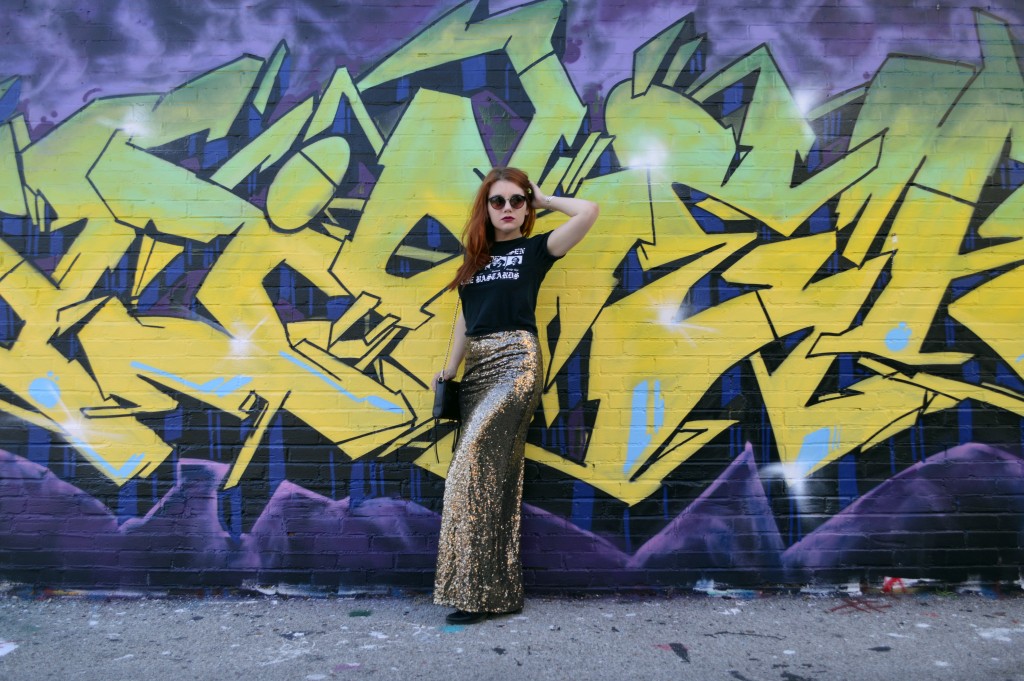 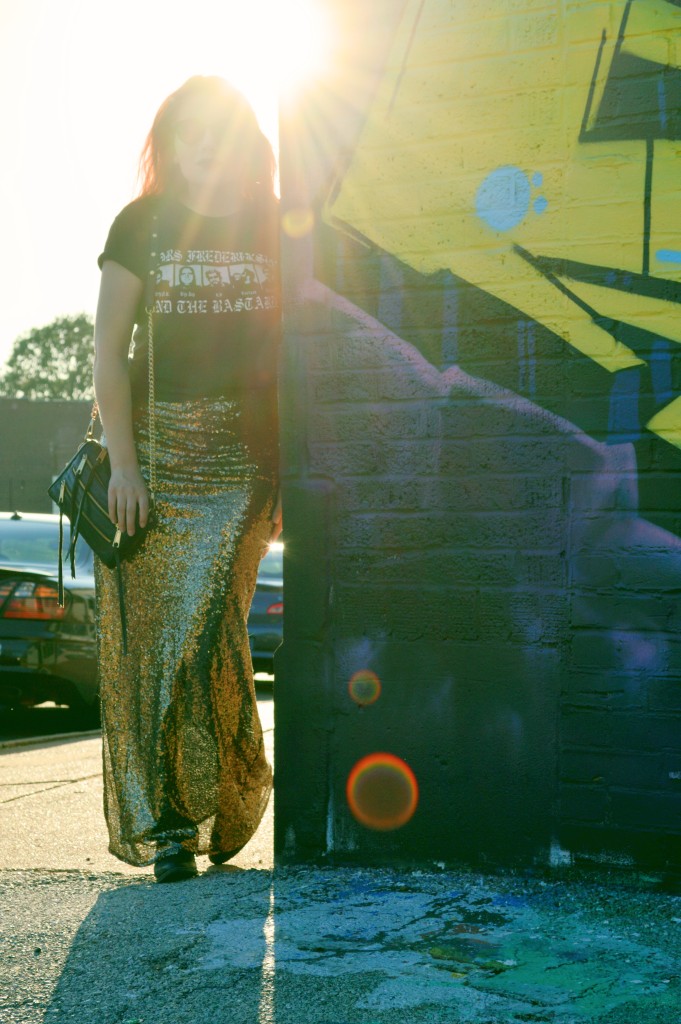 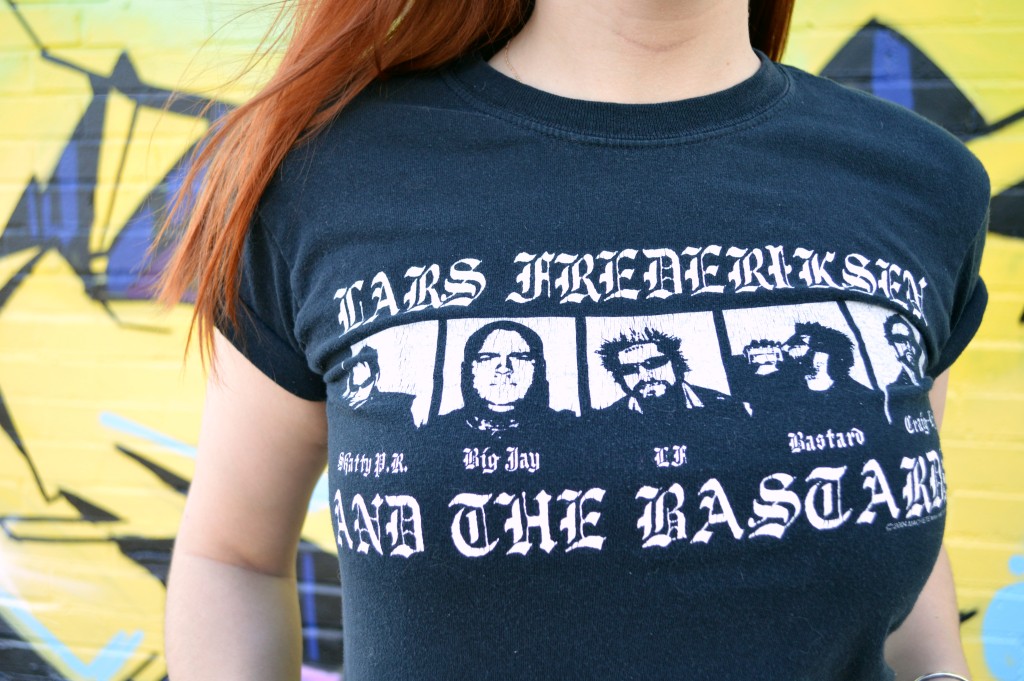 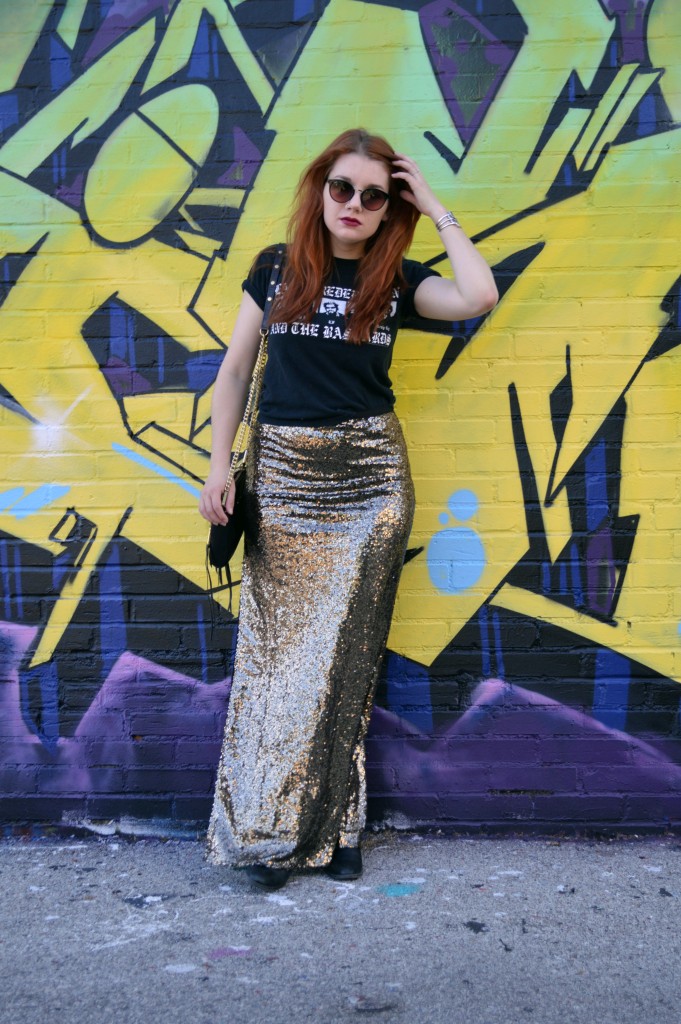 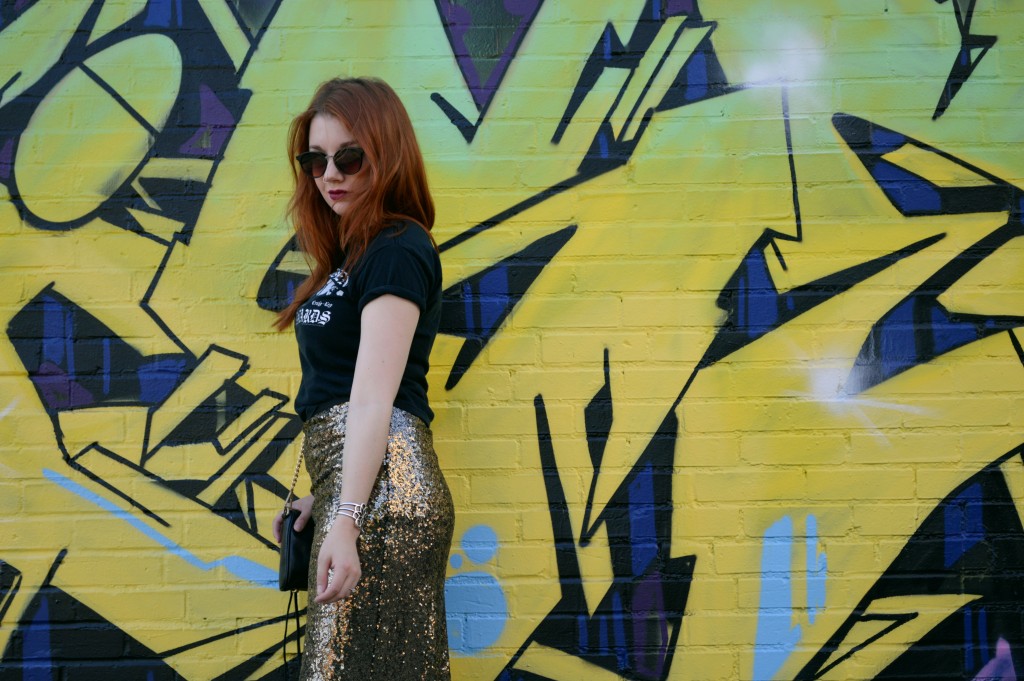 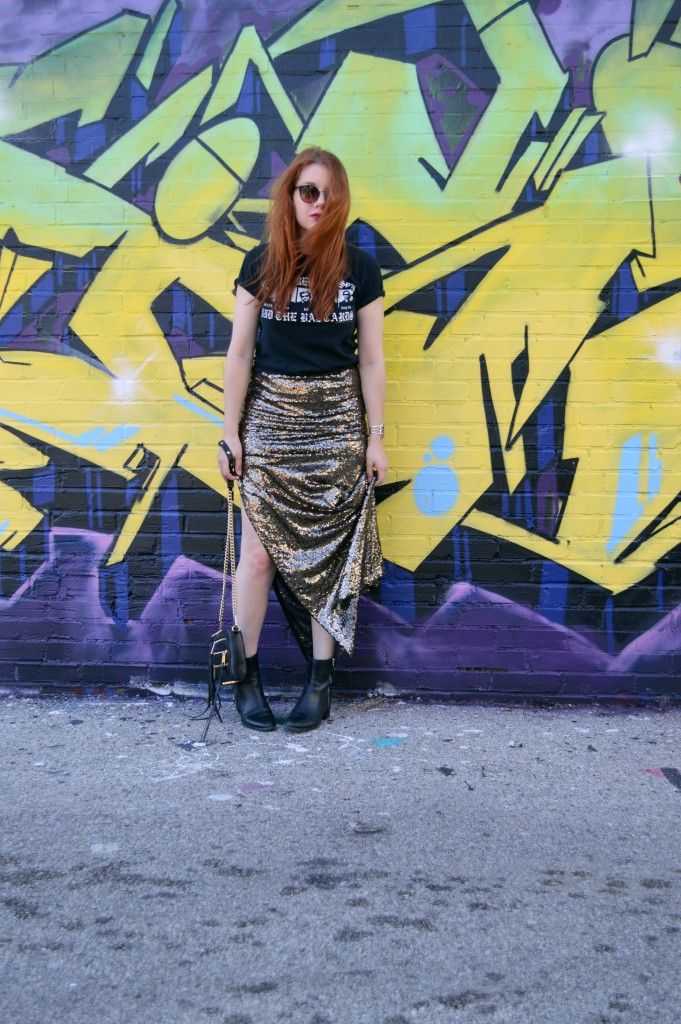 I think teenage me would be stoked I still have this one. Plus, I married one of the skateboarders I used to go watch between sets behind Breadstretchers, and I still have my nose ring. Oh, and we did eventually make our way to St. Louis for good. Baby Julia, you had the right idea all along.

P.S. To whichever mad rad artist keeps redoing his or her mural in the alley near near my house: You are fucking killing it. They are just getting better each time.