I don’t know whether to let out a little dance or scream FUCK YES! but truth be told I’ve done both. My husband likes to say Julia Christensen had cancer, but Julia Cain is cancer free. Cue the collective awwww. 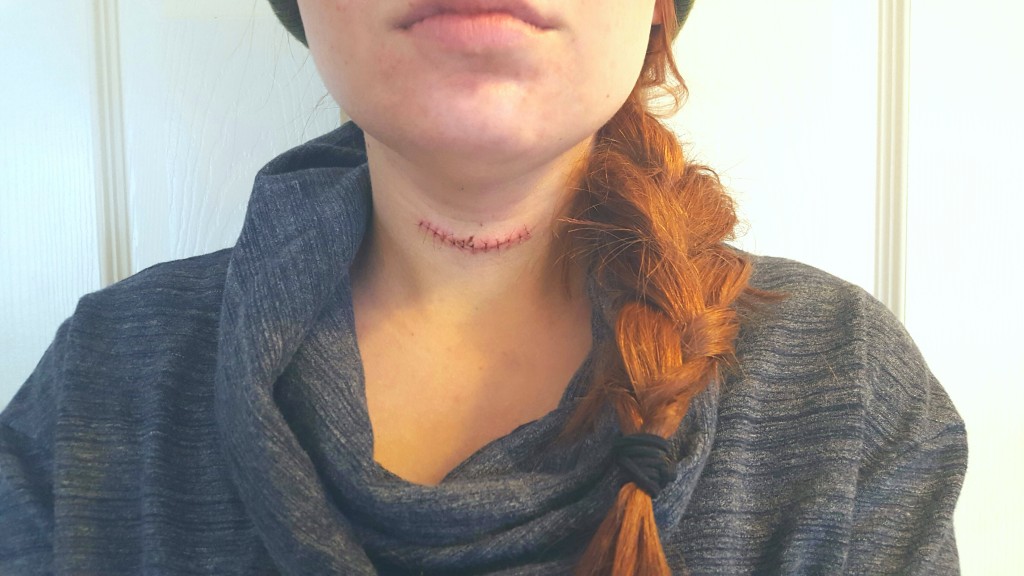 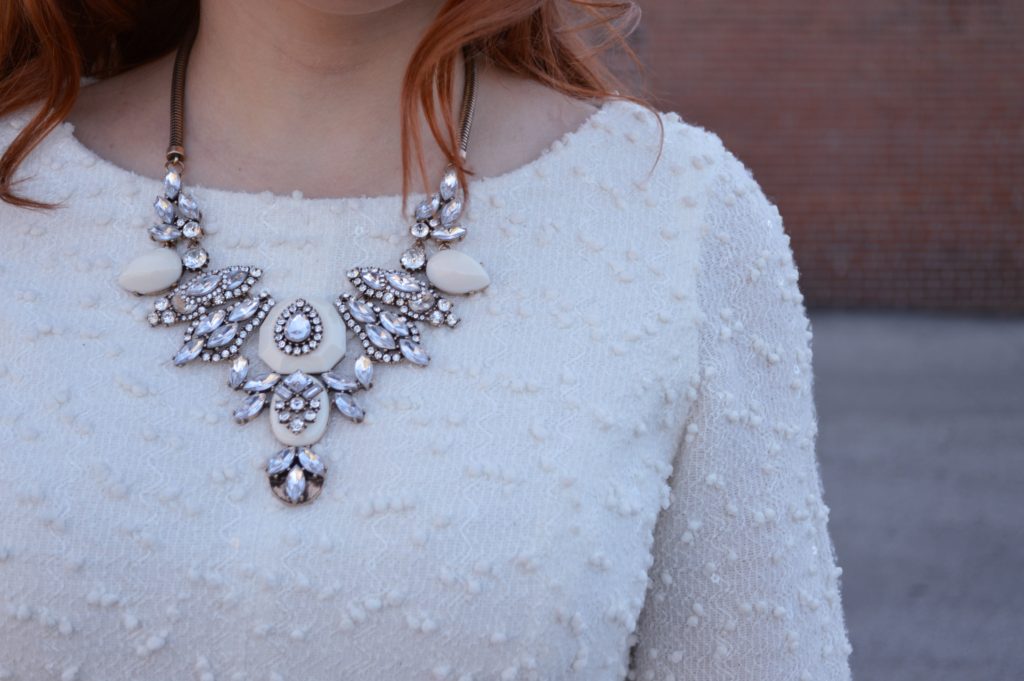 In case you’re new to this blog, at age 25 (and with zero thyroid problems or a relevant family history), I was randomly diagnosed with thyroid cancer. I found out a couple of days before my bachelorette party, left recovery for a few hours to attend my bridal shower, and got married right after my first no-thyroid check-in. The experience was a traumatic whirlwind, to say the least; it’s hard enough to get out of bed after a diagnosis like that, let alone go in for a gown fitting. Thankfully I had a stellar support team, anchored by my amazing husband, Lance.

And now, a year later I am cancer free and doing fine. I’ve had friends, family, coworkers, and readers ask me a variety of questions due to curiosity, fear, or personal connection. That’s totally understandable. I didn’t even know where the thyroid was before this happened, so if the roles were reversed I’m sure I would have asked a lot of questions too. I’m an open book — it would be weird to have this blog if I wasn’t… — so I figured I’d share the most common questions here.

Use some common sense here and know I am not a doctor and you shouldn’t take medical advice from shit you read on blogs. The level to which I talk about cats here should be enough of a clue that I am more mad rad than MD. This is just a recap of my experience with thyroid cancer and surgical recovery.

How was your thyroid cancer noticed?

My former gynecologist spotted my thyroid tumors. I was at her office for my annual exam, and she noticed them when she put her fingers on my throat and asked me to swallow. After that, I went to a general practitioner who sent me in for an ultrasound. They found the six growths and sent me to a thyroid specialist, who requested additional ultrasounds and a biopsy. The biopsy required taking samples of all six masses in my throat. This was the most painful aspect of the cancer, as to test what was inside, a substantial amount of weight was held on my throat while 36 needles were used to take samples. All the tests were cake after the biopsy.

But wouldn’t your weight change if it was your thyroid?

Not necessarily. I had a perfectly functional thyroid — it just happened to have growths inside it.

The only thing that may (and this is a big may) have been a clue is that I would occasionally feel I was being mildly choked by my throat. I always assumed it was a sinus/allergy thing, like how your throat can feel full of mucus when you’re sick. Since I’ve always struggled with sore throats and bad sinuses, it never seemed very weird. In hindsight, this may have been due to my severely enlarged thyroid, which was more than twice the size it should have been due to the growths. But again, that’s just a guess.

What was the treatment for thyroid cancer? Did you go through chemo or radiation?

I did not have to undergo additional cancer treatment after my surgery, thank goodness. I had my entire thyroid surgically removed.

In my case, my largest problem was my inability to move my head and a weakened voice. I worked from home for two weeks, as I was unable to drive since I couldn’t move my head. I also had such a strong reaction to the surgical anesthesia that I had to stay in the hospital an extra day after surgery while it got out of my system. #lightweight

My recovery was greatly improved by some super sweet people sending me flowers and food, as well as some amazing PJ pants. The weekend before surgery I splurged on some really nice pajamas to wear at home after the hospital, and I swear it made the experience a bit better.

What is the ongoing treatment after thyroid cancer?

After the surgery, I went to the doctor for multiple visits — to feel the outside of my throat, to get ultrasounds of my lymph nodes, and to test my thyroid levels. As time passes I have to go in for tests less often, although I have been told some tests will increase should I become pregnant. I’ll take a synthetic thyroid replacement (a tiny pill) for the rest of my life. Lucky for me, the first thyroid medication I was given has worked very well for the past year.

How is your thyroid removal scar so small?

I had discussed appearance concerns at my surgical consultation. I wasn’t actually concerned about long-term scarring, but I was worried I’d have a large, raised wound in all my wedding photos. (We got married about five weeks after my surgery.) My surgeon was able to use a natural wrinkle in my neck as the base for the incision line. He then used a minimal amount of very small stitches. I began using a scar removing treatment immediately after my stitches were taken out. It is almost entirely flat, so I can cover it with makeup if I want to. It lost nearly all redness after about six months. Now if it happens to come up I like to tell people I got a neck rub from Wolverine, but I’ve sadly only gotten to say that once or twice.

Have any other questions? Leave them in the comments! While I hope you and your loved ones won’t ever deal with this illness, should you want to hear more from someone who has been there I’m happy to help.

P.S. Some of you sent me really nice comments, emails, and more when I got sick originally, and I never replied to many of them. I was overwhelmed with the support, often from strangers, and got caught up on how to best reply. (Bad move on my part.) Should you ever see this post, know I did see your kind words, and they meant the world to me.