We’re home from New York! And I’m still exhausted. (But more on the actual vacation later.)

The trip was INCREDIBLY last minute, which caused me very real physical pain as I am a planner to the core and I normally schedule trips months in advance. We were gifted tickets to the BlogHer Creators Conference in NYC, and since I began feeling uninspired by blogging during IVF it seemed like the perfect time to kick start the site with some serious workshops and inspiration. Neither of us had been to New York before (as adults—I apparently went as a baby but that obviously isn’t helpful) and Lance’s vacation time lined up perfectly with the event so I found an affordable flight and turned it into a week-long vacation. Considering this was decided about four days before we left, I’m proud to say I only stress cried three or four times. That’s really good for me, I swear.

The #BlogHer18 conference was held at Pier 17, a new seaport space made for events, shopping, and dining. Hands down, the best part of the location was the view. It backed up to the East River, which gave you a fantastic look into Brooklyn Heights. Great spot for outfit photos, right? Right. 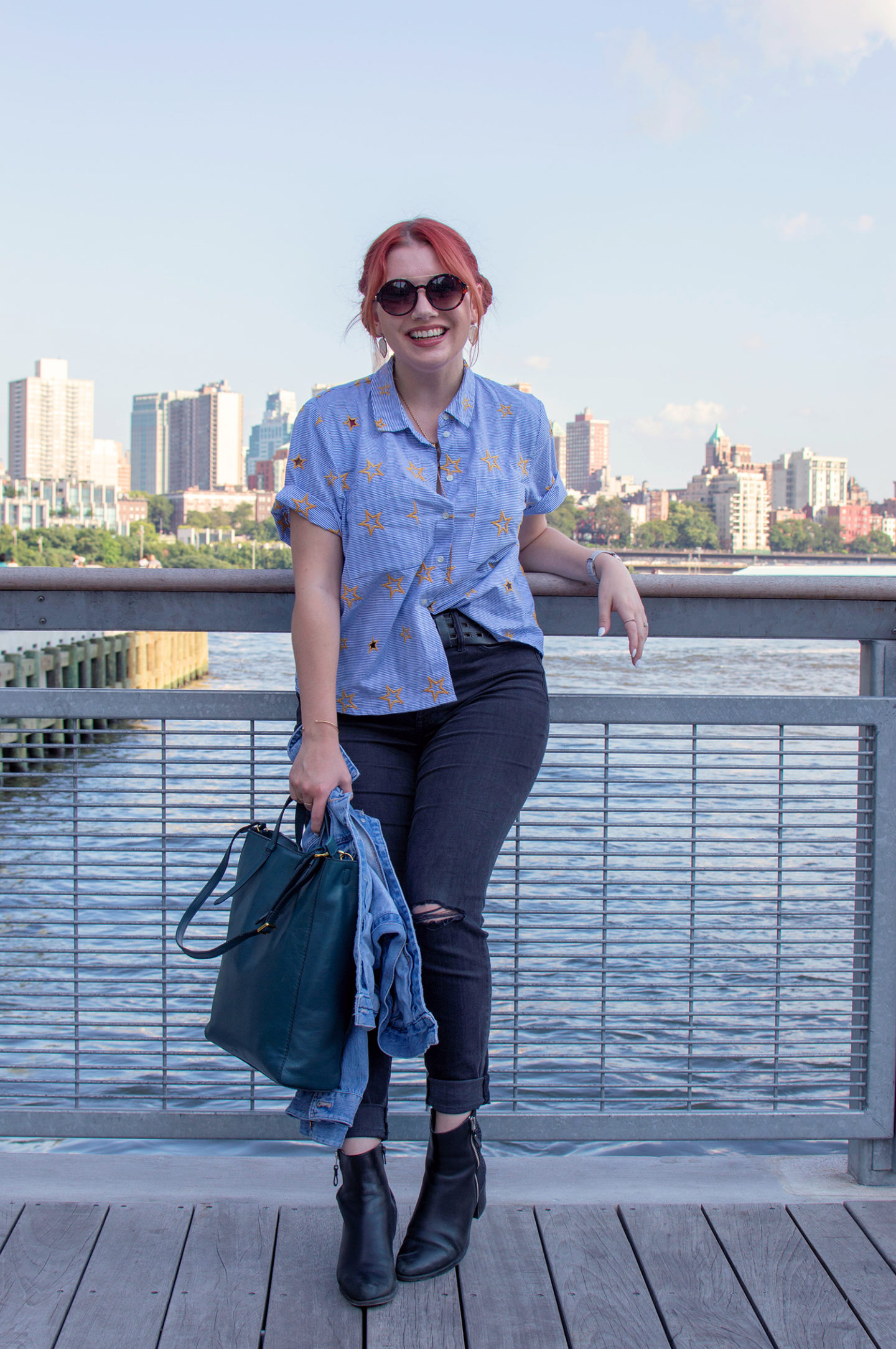 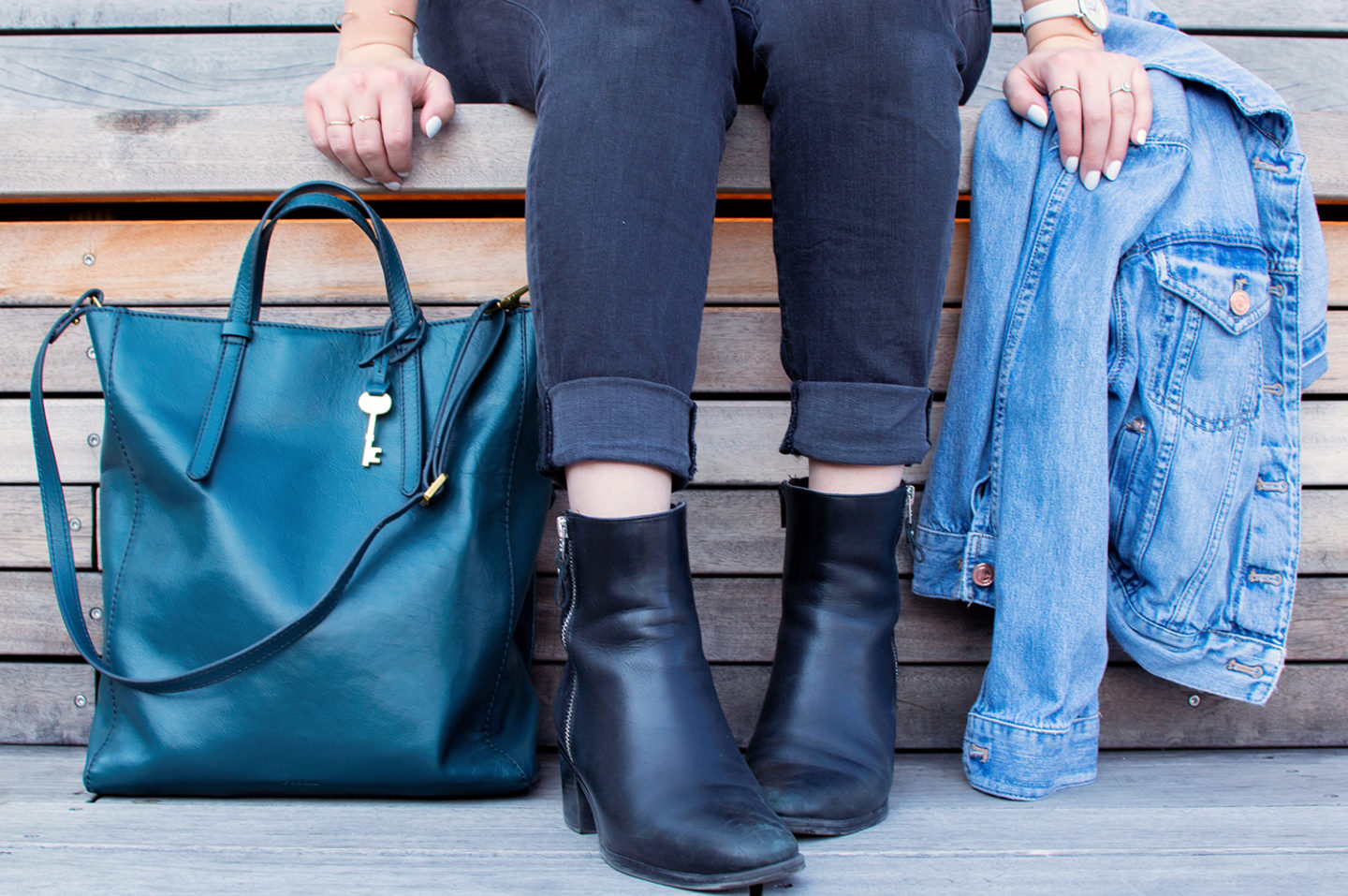 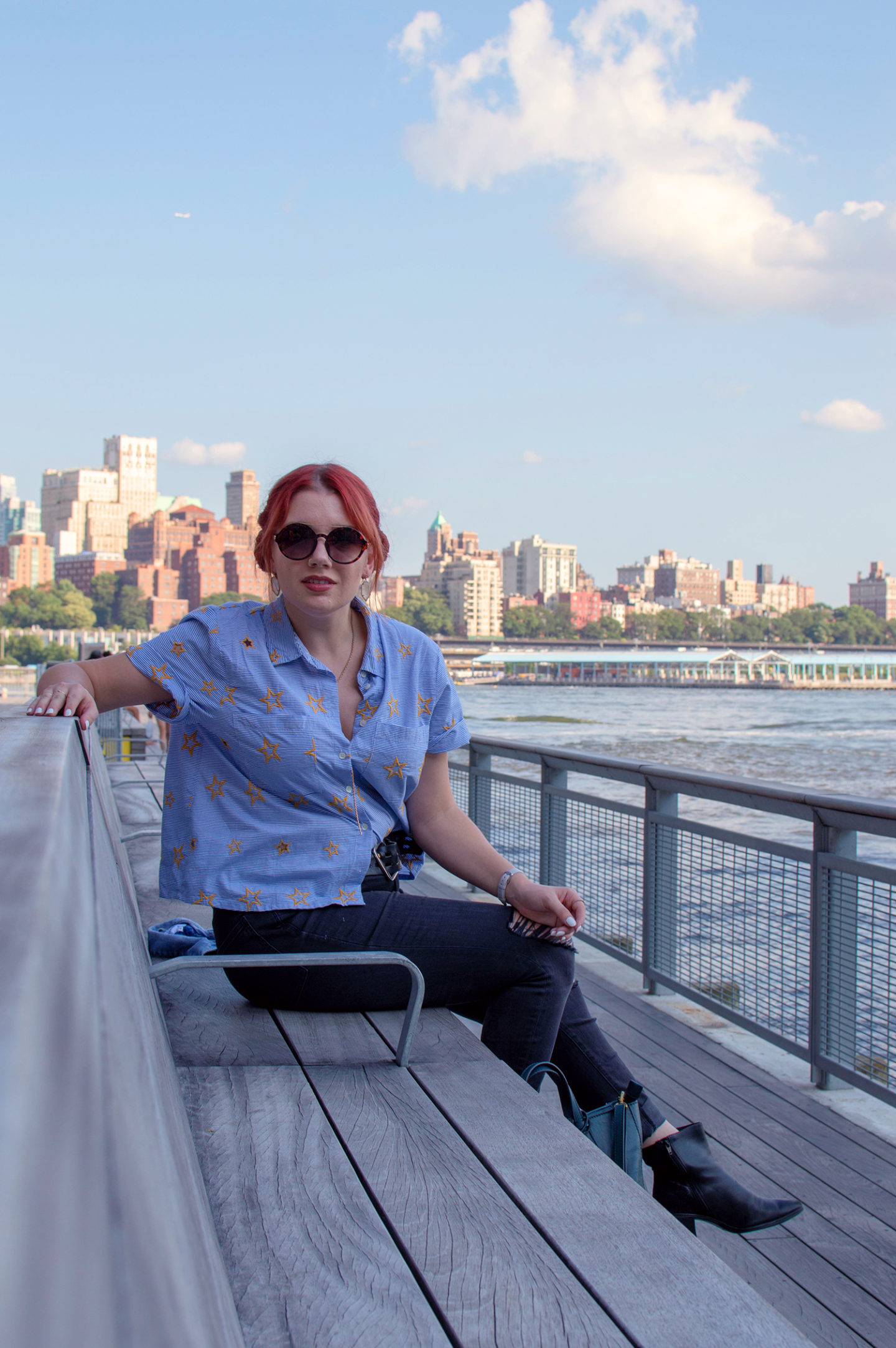 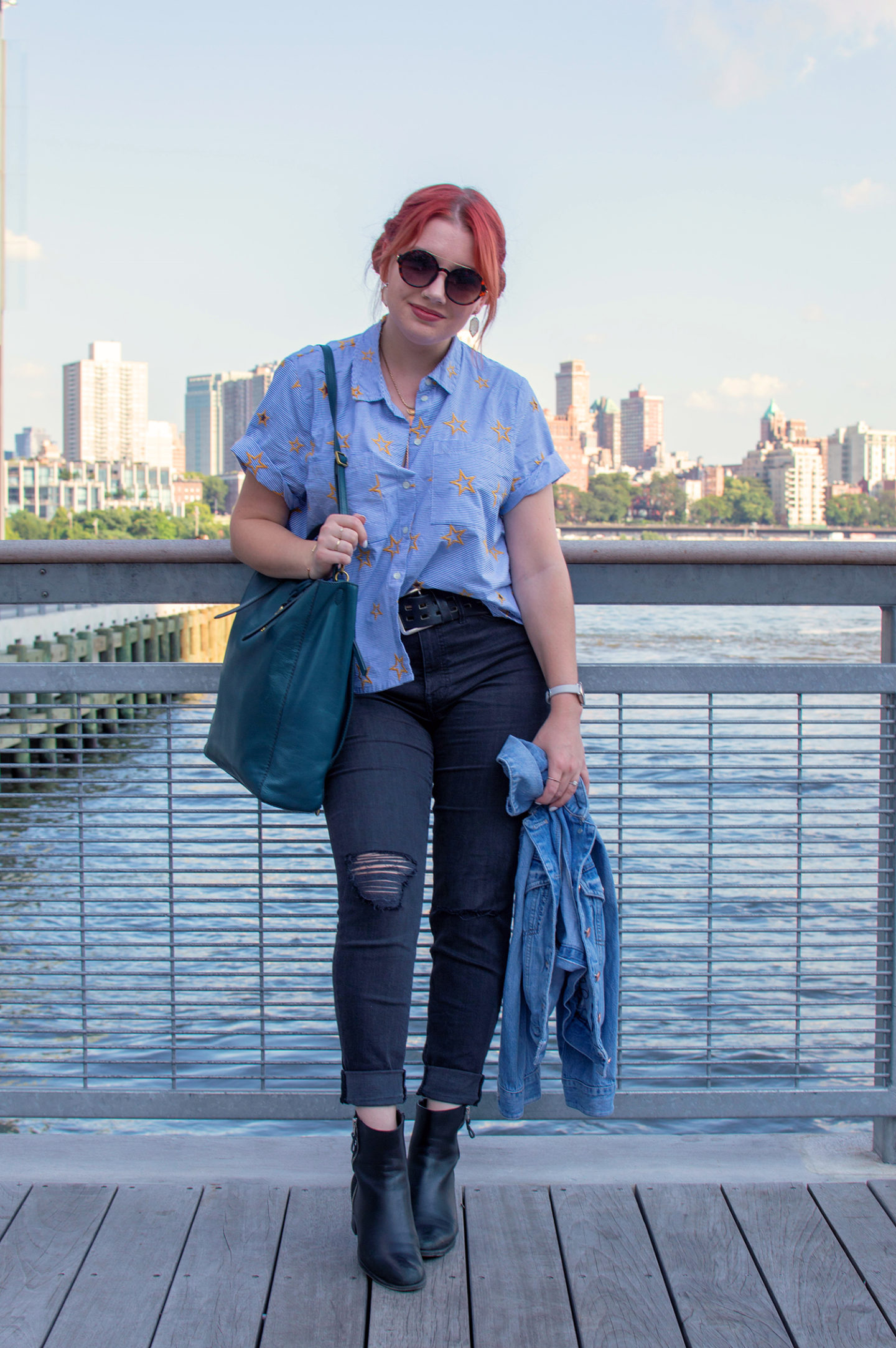 This was my conference day two look. Being a full-time freelancer means my wardrobe leans particularly casual—hence distressed denim while on the clock—but this would look cute dressed up with biz-casual trousers. I’m mildly obsessed with this top, which I pointed out to shopping buddies multiple times at Madewell before finding out it went on sale last month. Some of the embroidered stars even surround little peek-a-boo cut-outs which make it extra special. It is currently available for less than $30 and still in-stock in four sizes; if you like it, now’s the time to click ‘add to bag.’

We snapped these photos right outside of the Pier 17 event space when #BlogHer18 wrapped, and then we headed out for food and shopping in the area. Since we got a room at the hotel associated with the event, we stayed in NYC’s Financial District for our entire trip. On paper, this isn’t the most vacation-friendly area since many of the tourist or late-night activities are held elsewhere, but we actually loved staying in the region. After a busy day exploring Chelsea or the East Village, it was nice to return somewhere relatively low-key and quiet. (Plus, the rooms were cheaper than other, tourist-focused areas.) And while some of the restaurants near where we were staying closed earlier than other neighborhoods, there were still tons of great eateries to stop by. Even the viral Milk Bar Bakery has a FiDi location, although it was closed while we visited due to a failing air conditioner and some serious heat.

Visiting New York’s Financial District, or staying near Pier 17? Here were our three favorite places to eat while there.

Is there a more Julia-friendly combo than kitsch and breakfast foods? While the food took a comically long time, the meal was delicious and the environment was adorable. Extra bonus? This was one of the cheaper sit-down meals we had in the  city.

Favorite menu item: Our friend, Dylan, ordered the Baja Especial with smoked pulled pork and avocado-tomatillo salsa, and Lance and I were drooling with jealousy.

Ah, the large slices of thin-crust pizza… It’s my husband’s favorite kind, and NYC is a great place to get it. We tried this pizza dive because it was incredibly close to our hotel, and tried it again because it was so good. You know how good pizza always looks in cartoons? This was as close to cartoon pizza as you’re gonna get.

Favorite menu item: Lance was practically doing a happy dance over this buffalo chicken pizza, of which I have no photo because it was eaten so fast. Oops.

Lance loves Thai food, so when we found out our hotel was a mere block from this establishment we knew we had to go. When we arrived, we were surprised to be brought to the back where there was a patio-feeling-but-indoors-I-think dining area with tiny tables built for two. I’m not a great judge of this particular style of cuisine, as I haven’t tried it much, but Lance’s reaction? Pure joy.

Favorite menu item: While I can’t remember its official name, the ginger-mango daiquiri was one of the best drinks I have ever had. And I don’t even like ginger. I actually really dislike ginger. But this was so good I could have sat there all night getting drunk.