I live really, really close to a McDonald’s. This is both a blessing and a curse – because on one hand I’ve never had anything gourmet that tasted better than a McGriddle, but on the other hand I’d like to live at least to and ideally past my next birthday – that requires an entirely separate blog post to fully discuss.

The other day, Lance and I were out shooting for the blog in the sweltering heat and he ever so nicely drove me through the line so I could grab a cheap ice cream cone. He was actually taking me out to get Ted Drewes, a more expensive but really tasty local treat, but the line was painfully long and I felt too socially awkward to deal. He mentioned good ole’ Mickey D’s soft serve. I hadn’t had it as an adult. I thought it could be an acceptable replacement.

That was dumb decision No. 1.

Dumb decision No. 2 occurred when I asked Lance to pull over so we could shoot some photos with said ice cream cone. “It’ll be like so cute!” I likely squawked, with my most basic behaviors oozing out of my Instagram-craving being.

As you can tell, the ice cream melted into a pile of nothing about six frames in. 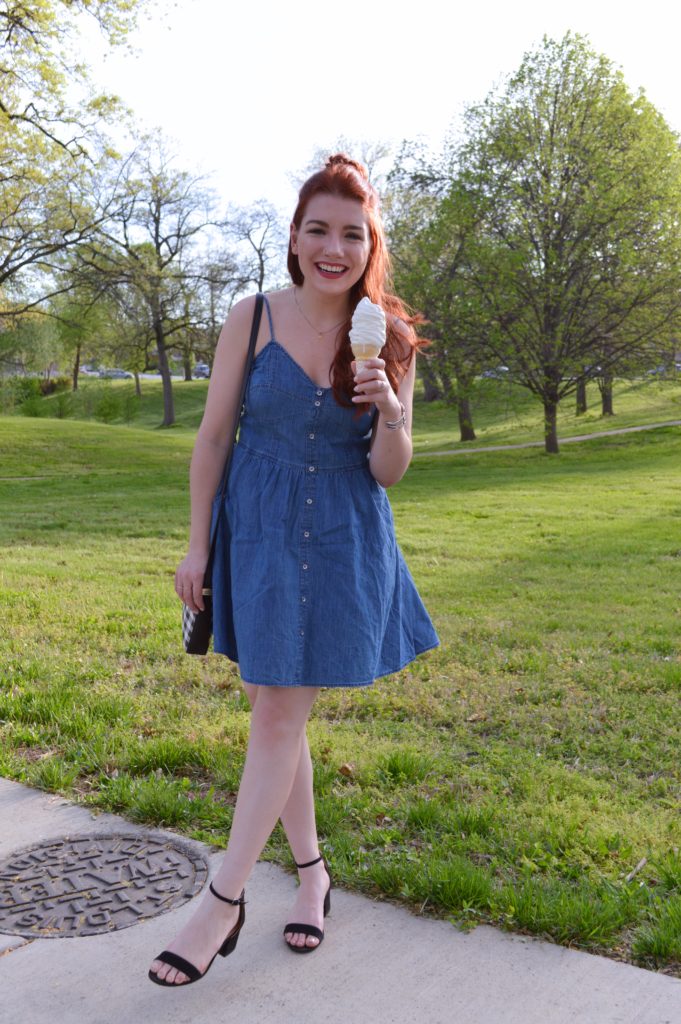 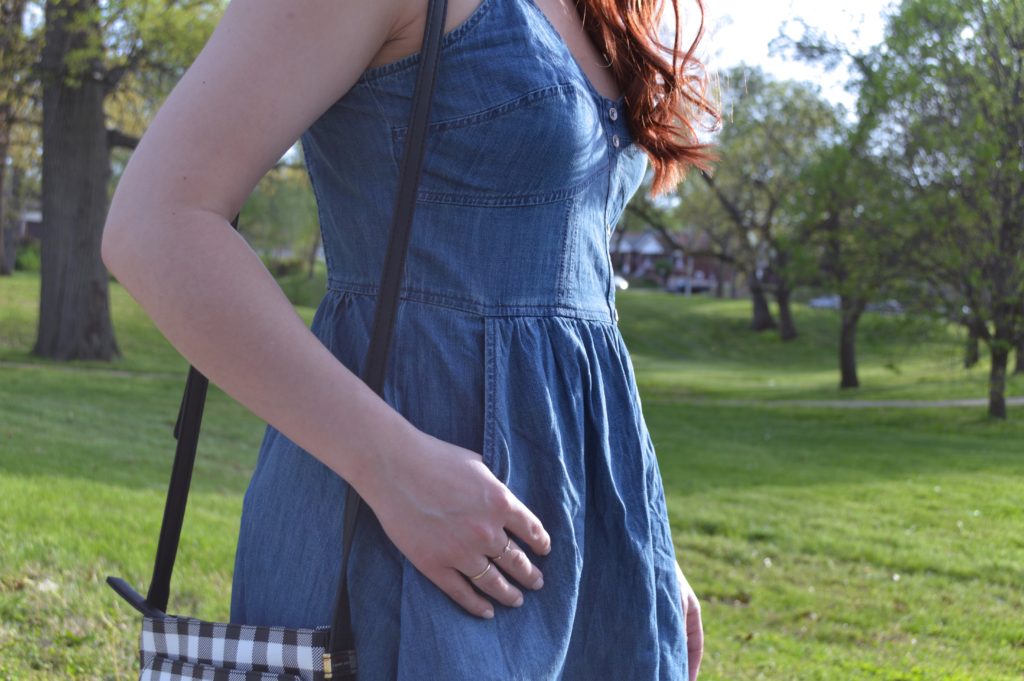 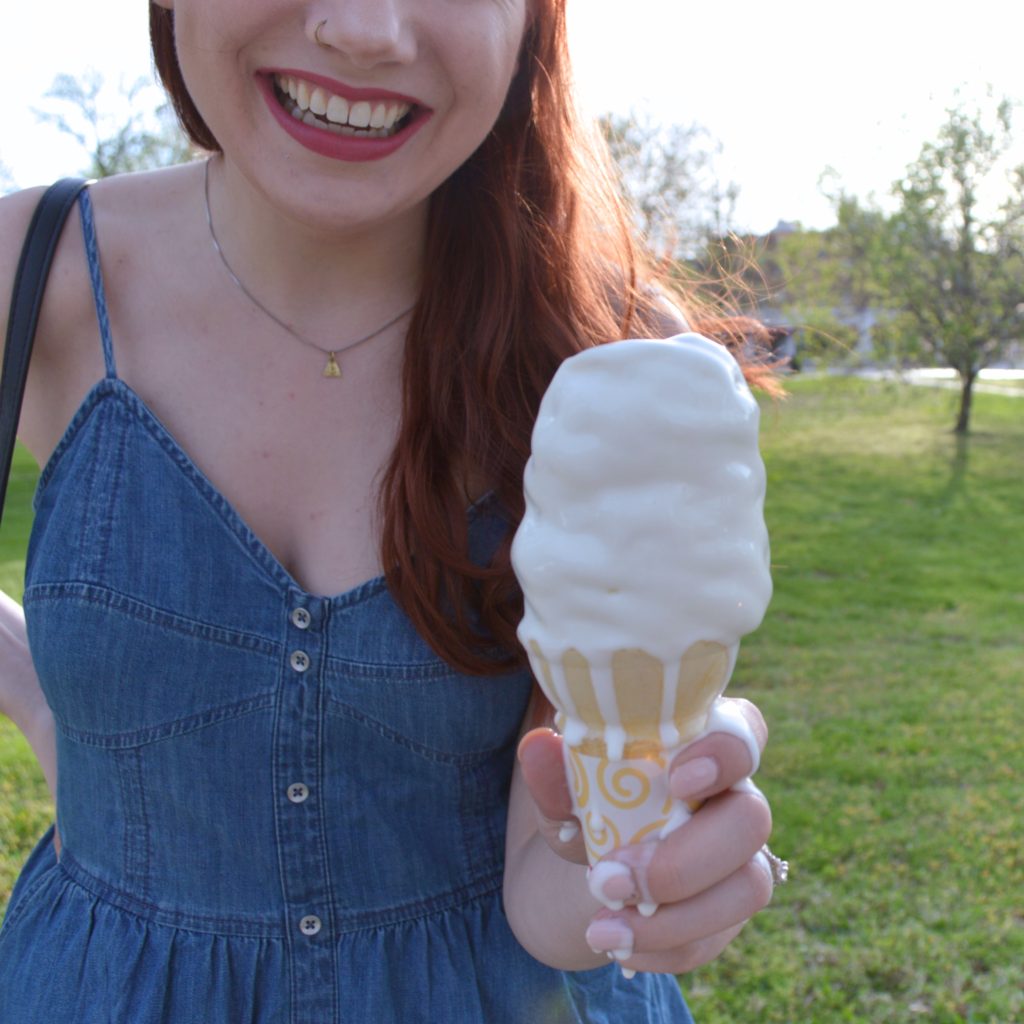 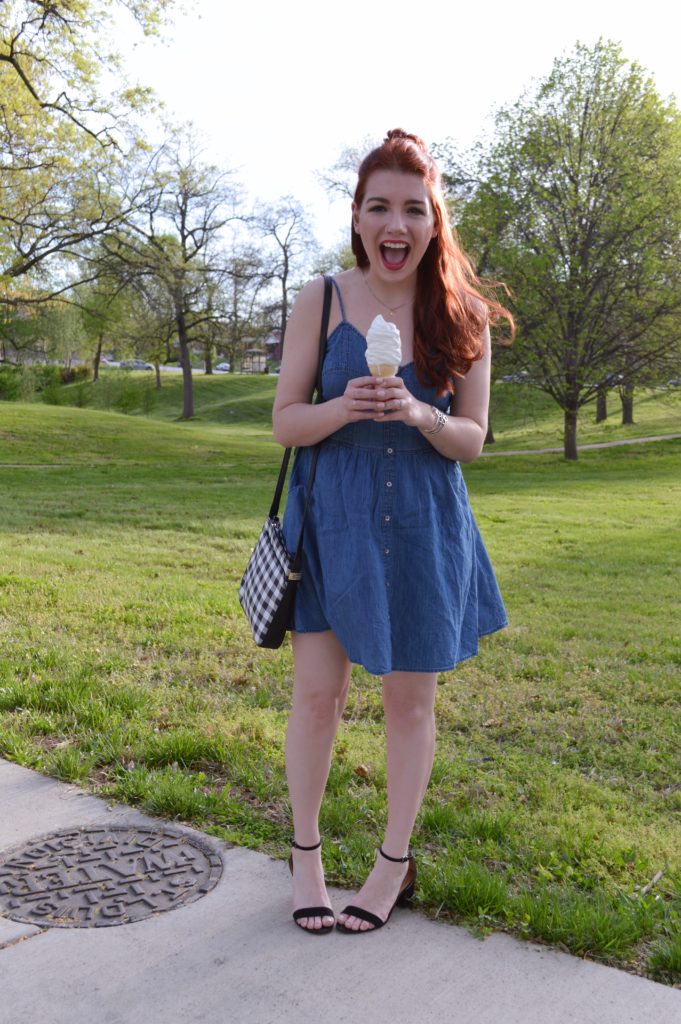 Ready for dumb decision No. 3? That’s not my normal purse. I grabbed it because it went with the outfit and threw in just what I needed for the hour we were out, but I didn’t grab anything useful like napkins or tissues or moist towelettes. So I was stuck this sticky until we got home. Now I see why my husband calls me Julia Jamhands. I did this to myself.

OOH AND HERE’S THE KICKER, KIDS. The ice cream was total ass. Your childhood memories are a lie. This ice cream is nonsense and bullshit. I tried giving it to my husband and it fell into a pile on the sidewalk. A family with small children glared at us as we eyed the melted pile, then them, then each other, then the now-puddle before darting into our car and speeding away.

At least I got my photos.