Pictures of people pretending to eat pizza. Easy-to-snag fabrics. The return of scrunchies and jelly sandals. The 2014 Jeep Cherokee. The 20-something-female guilt to enjoy kale. ← That’s a list of shit I wish would disappear immediately.

Sweatshirts tied around waists. The Mango-Strawberry Frutista Freeze at Taco Bell. The word ‘stoked.’ Lime Skittles. The real Jeep Cherokee. Original Vitamin Water. Day drinking, Mad Men-style (kidding, mainly.) ←That’s a list of things that should have stayed, but didn’t because I only have so much say in the world.

The high-low trend might has well have been named ‘hi-bye’ instead, because those mullet-esque skirts and dresses came and went immediately. But here’s the thing: I still really like the high-low dress I found last year, so I can’t bring myself to put it in the first category. I didn’t wear it enough. It has to find a way back into the spotlight.

This dress was the perfect thing to wear to a recent August wedding. But, I thought, extreme high-low is so… dated. It’s 2013’s puffy satin shoulder. I mean come on, I described it above as being mullet-esque. When I originally spoke to shopping buddies about the trend, my words were not kind. I should have seen this coming. But I bought the dress for $19 last year and I’ve worn it only a handful of times. We’re budgeters, damn it; I can’t be spending money willy-nilly. (I know, I know, you’re jealous of my sweet use of ‘willy-nilly.’) Also, pre-wedding, I realized my dressy sandals were broken and needed to be replaced. All that—combined with the cost of a wedding gift and gasoline—meant there was simply no money to buy a new dress. (Really, I don’t need one because our closet is full, but I’m still in denial about that, so we’ll say it’s just the money.)

If the asymmetrical hem is still in, I’m sure there’s room for high-low.

To tone down the fairy-like quality of a dress that floats while you walk, I added heavy accessories, dark shoes, and bold lipstick. I’m sure my terribly, less-than-lady-like language kicked any remaining overly-girlie aspects of the look right out. 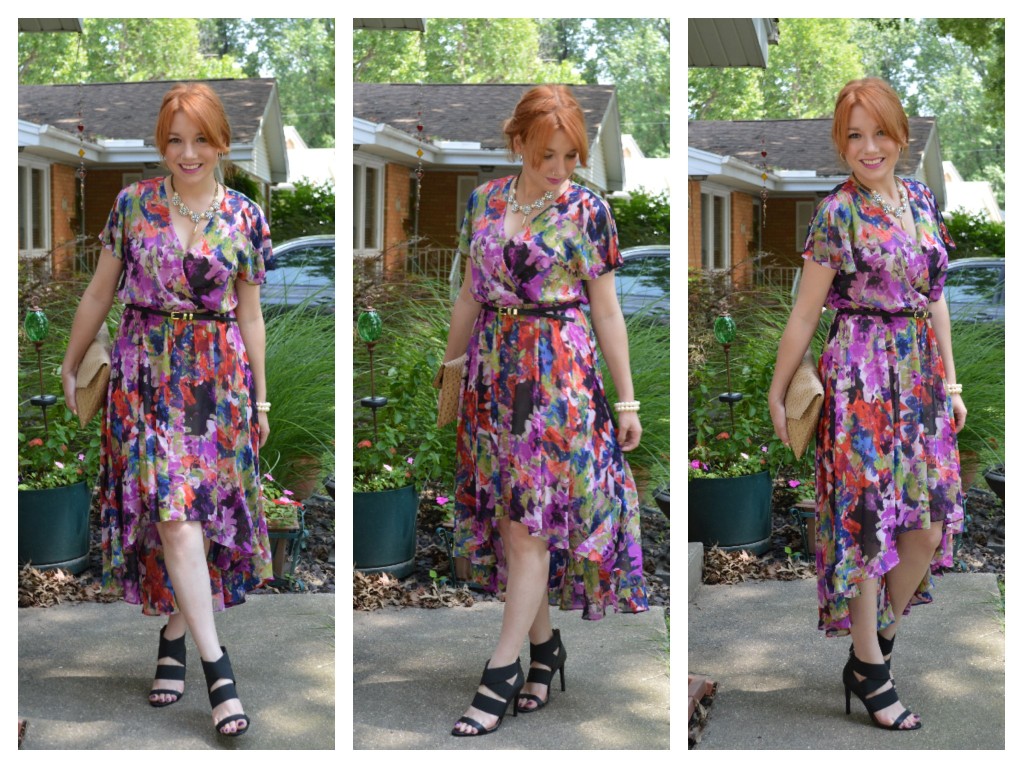 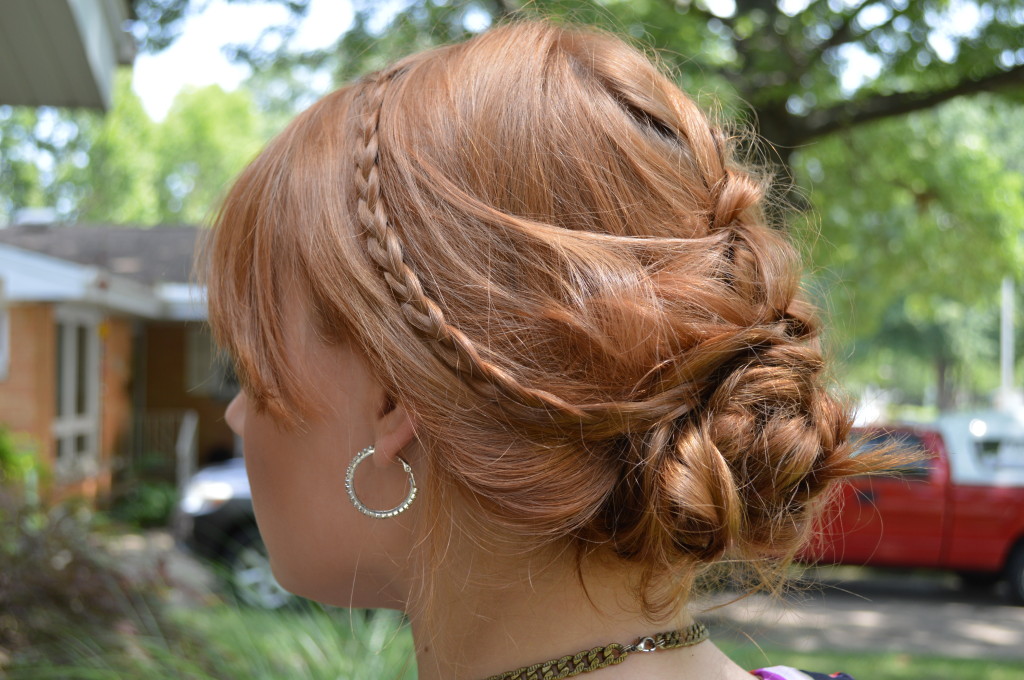 Ah, my hair. I’m pretty proud of this updo. It was almost a this-isn’t-working panic attack (Plan B was… I don’t know, a hat?) but it came together with a shit-ton of hair pins and spray. Whew! 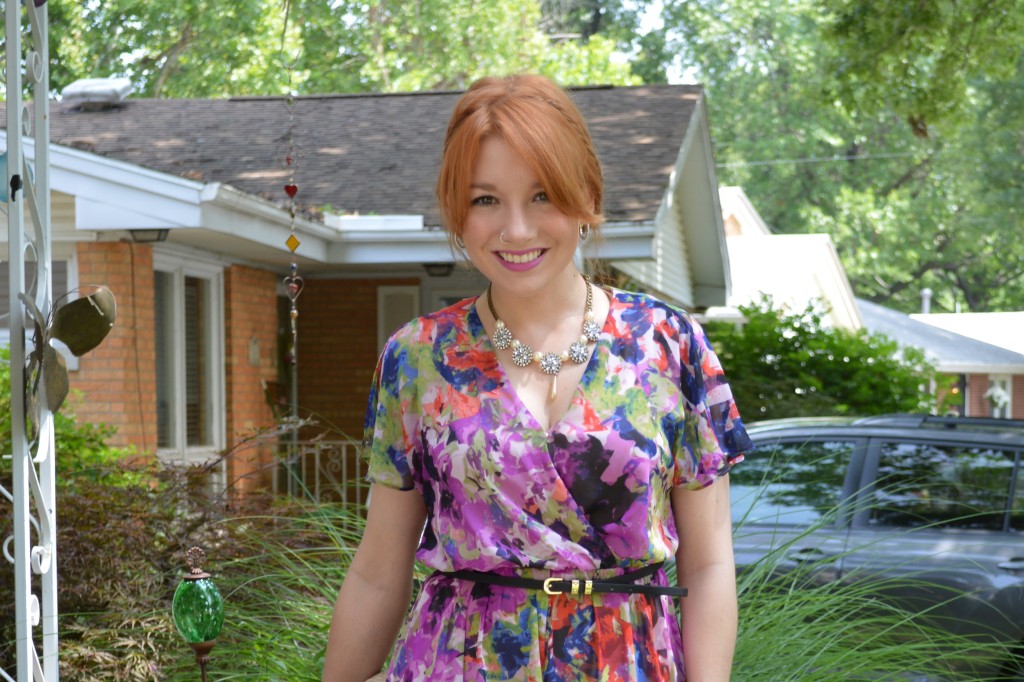 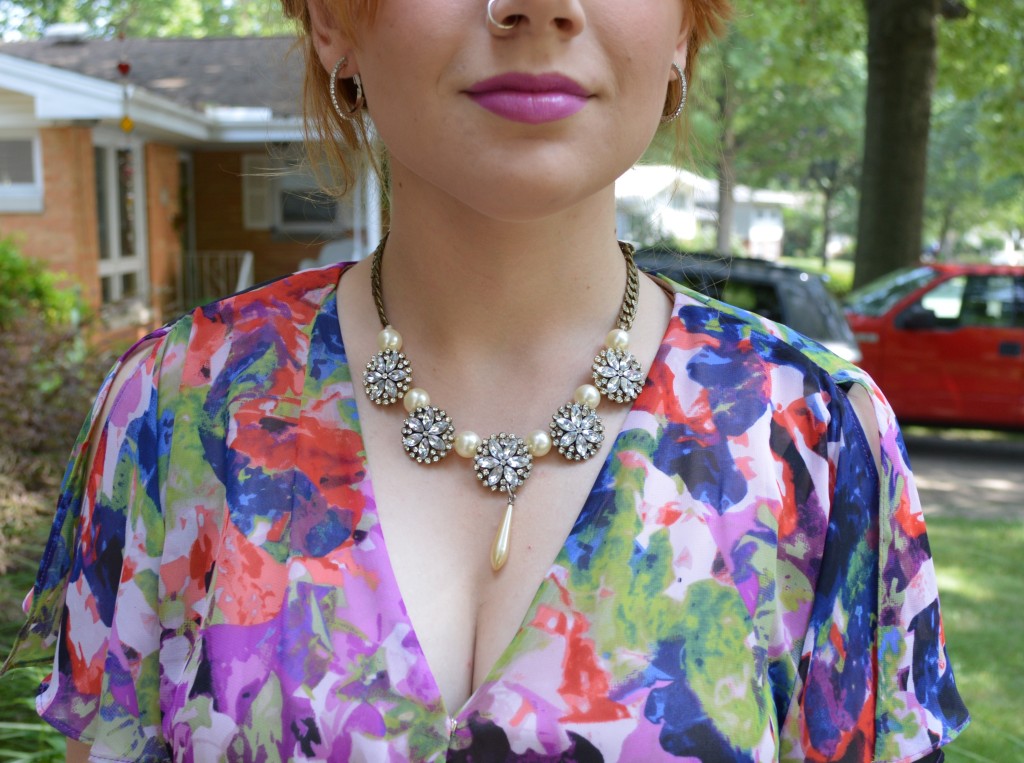 I knew exactly what kind of necklace (and bracelet!) I wanted, but I refused to go buy it. So I turned to my craft kit, tool box, and sewing supplies to whip out this bad boy the day before we left town! Two hours, one migraine, and 7,872 jump rings later… Ta-da! 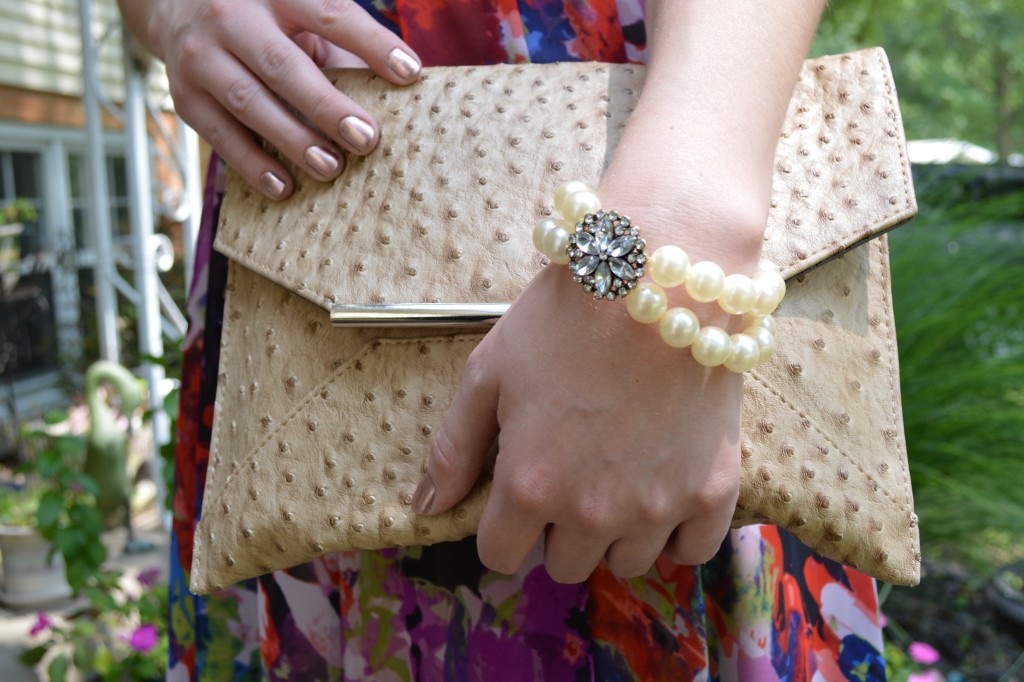 Now, if only I could figure out how to make distressed flair jeans from 2004 cool again…