Allergy season knocked me square on my ass, but I’m back and ready to go. Every spare bit of energy has been used to survive prior, and fun, commitments– and I’m glad I drug myself out of the house. Let’s re-cap on the last amazing, busy, occasionally nap-filled handful of days, all spent at some amazing St. Louis hot spots.

ALIVE Magazine Hot List Party at the Central West End’s Chase Park Plaza | The party was fun– and tornado-proof, apparently, as we were told it was the safe room while much of St. Louis was being thrown around mid-storm– and the ballroom was beautiful. I’ve stopped by this hotel to catch a flick in their painfully classy movie theater, but the lighting fixtures on the ceiling make me want to find more reasons to hang out in a reception hall. Sampling the best of St. Louis (with a few Chase Park Plaza Spa beauty freebies included!) was a great way to unwind after a long week.

Did I mention there was a swimwear fashion show? I don’t even own a functional swimsuit. Maybe I should get on that… 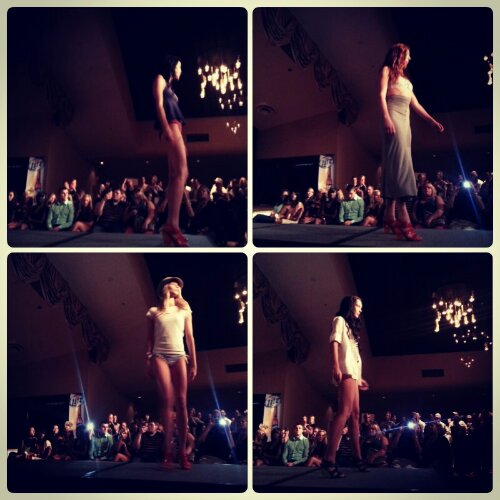 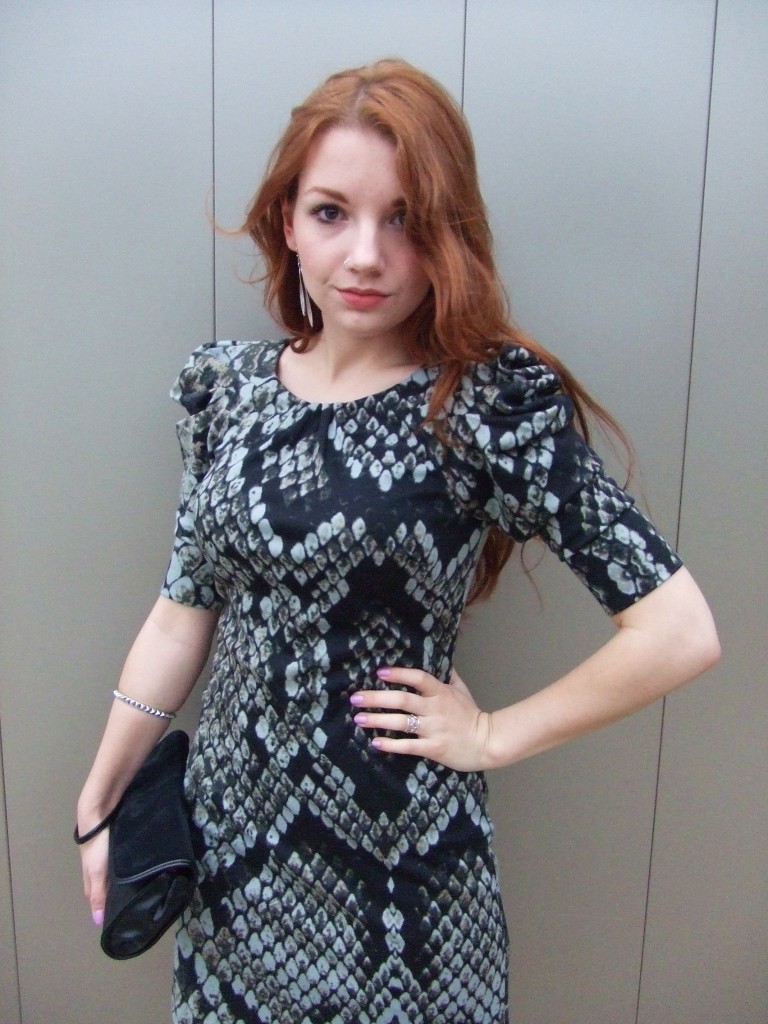 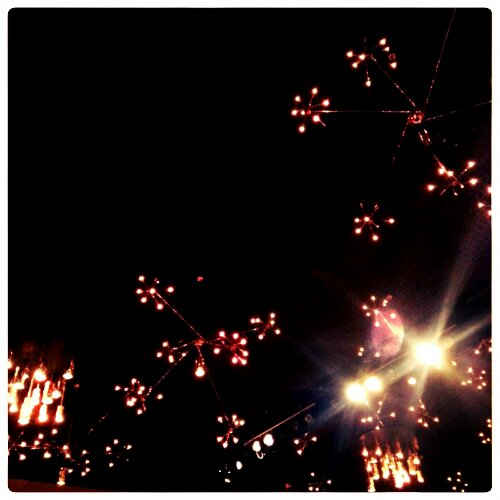 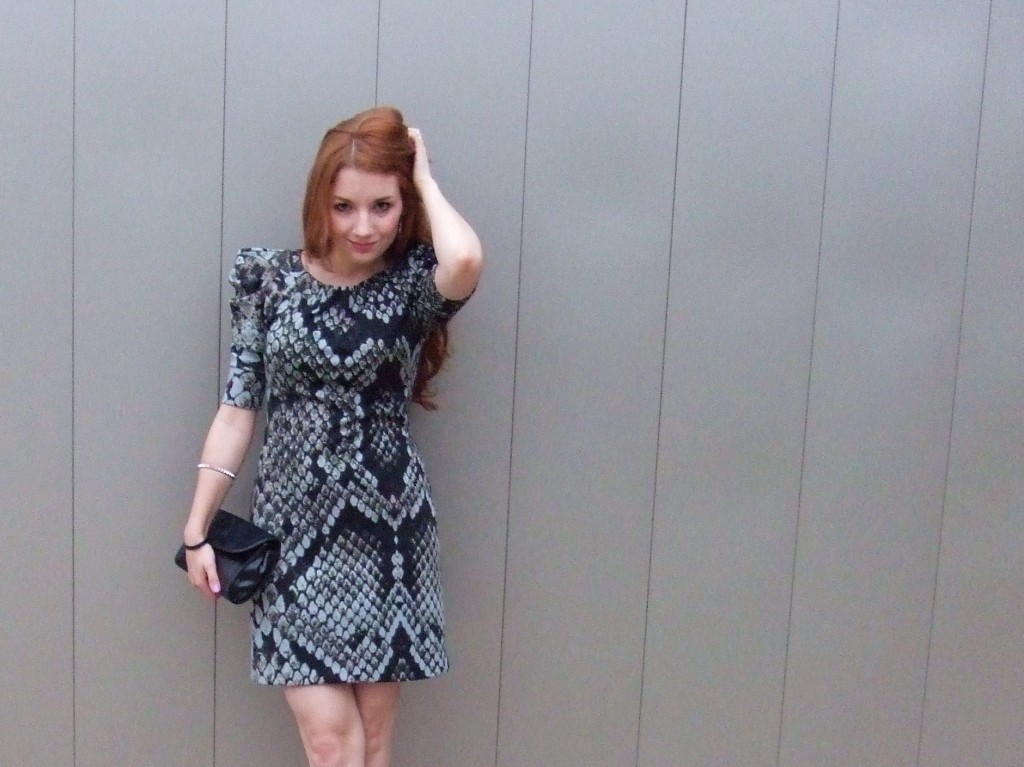 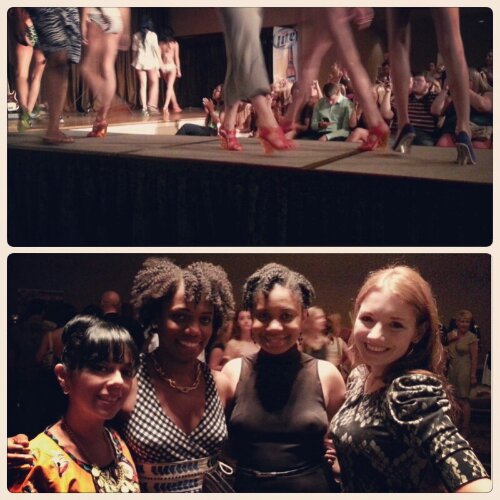 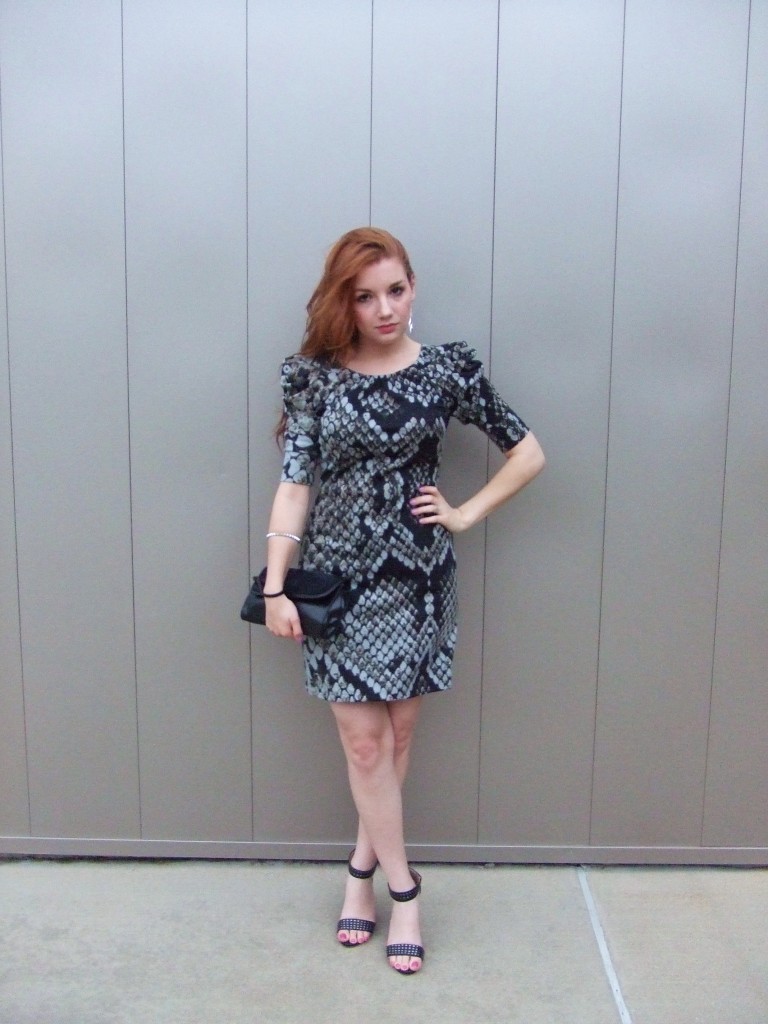 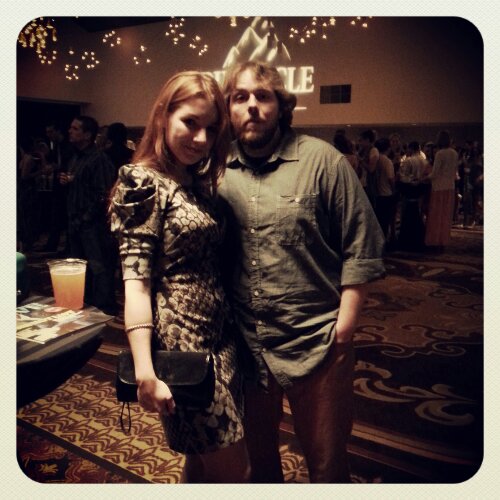 Lunch at the Delmar Loop’s Thai Cafe | Lance loves Thai food; I normally think it’s so-so. I don’t like peanuts in my meat dishes, period, and spicy things cause me much concern, as I turn an unflattering shade of sweaty-pink. He finally drug me to the Thai Cafe across the street from The Pageant– a great venue– and I was beyond impressed. We spent $20 for both of us to eat lunch and each received enough food for an entire extra meal of leftovers. And this chicken pad soba was phenomenal. 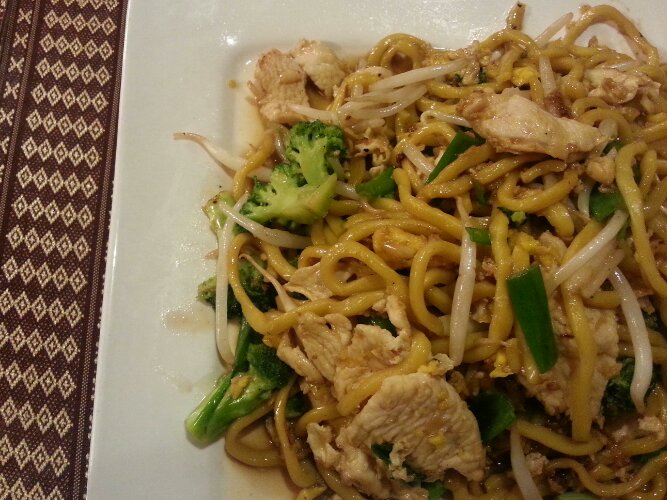 Dessert at the Delmar Loop’s Piccione Pastry | This new build is owned by area catering company Butler’s Pantry and features an intimidating surplus of baked goods. Lance selected a cannoli (scrumptious) and I opted for a sugar-free, skim vanilla latte and two jam thumbprint cookies: apricot and raspberry shortbread. Excluding the part with the jam, my cookies were a little less than sweet, and I was initially disappointed. When paired with the silky-smooth and sticky-sweet latte, the snack was perfection. While I’ll definitely be getting a cannoli next time, it seems like this bakery knows better than to overload guests with too much of a good thing, which is refreshingly unusual. 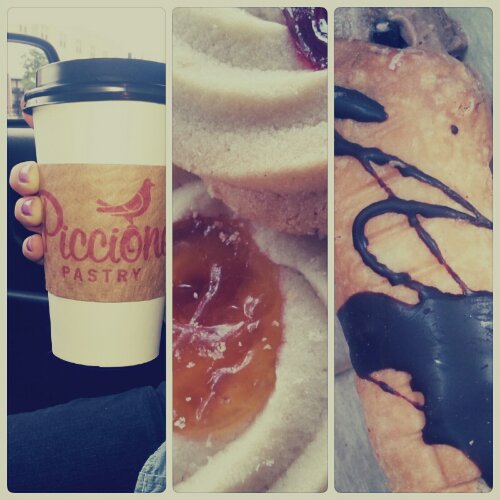 Oh, and the decor was pretty much what I want my apartment to look like. Why can’t we paint our vents red or hang vintage-inspired lighting?! (Also, I realize you can barely see those things in the back of this picture, but I had good intentions! Oops.) 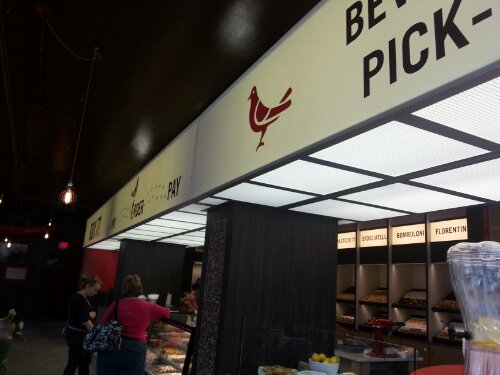 Shopping for eyeglasses at Ladue’s Clarkson Eyecare | This isn’t too exciting, but I can’t wait for my new frames! Clarkson was great and my new vision insurance is equally snazzy, but the DVF frames are the real showstopper. 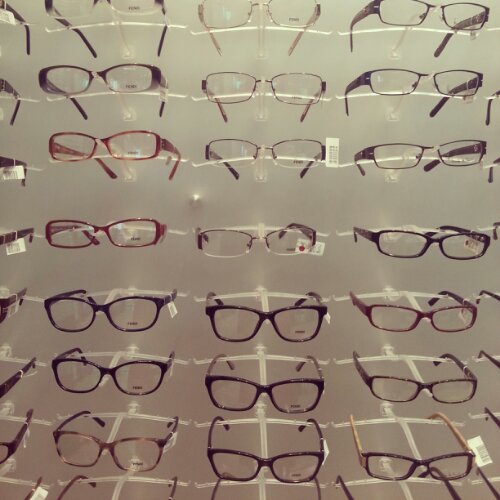 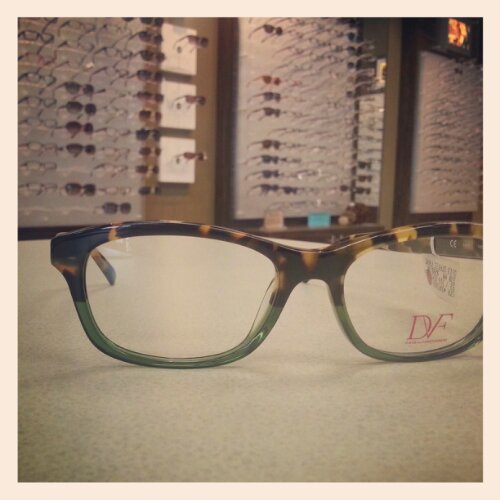 PS: I got my eyes dilated for the first time. Weirdly entertaining for all of a few minutes, then almost as annoying as having part of your mouth be numb. I also got to explain why my right eye is so much worse than my left, which is because I Christmas Story‘d myself (as in a BB gun pellet ricocheted and hit me in the eye as a child, fun times) and telling that story always lands me some great looks of horror and suppressed laughter.

Drinks at the Delmar Loop’s Moonrise Hotel Rooftop Terrace | We’re not bar hopping kind of people; hell, Lance doesn’t drink and I’m frugal and sleepy. Our best friends, Sara and Josh, aren’t really bar hopping folks, either, and the four of us play board games and watch Netflix a lot. Last night we decided to go out– truly out, as in out to a bar we’d never been to after dinner at the same old place. We went to the top of the terribly-trendy Moonrise Hotel and admired the view and perfect weather. I wore a circle skirt and accidentally Marilyn Monroe’d a large group of people, including a woman around my mother’s age who look mortified for me and concerned her husband was starring. My hands were full, so my options were to accidentally drop my phone off a roof or show off my boyshorts to the crowd– I took the latter like a champ. 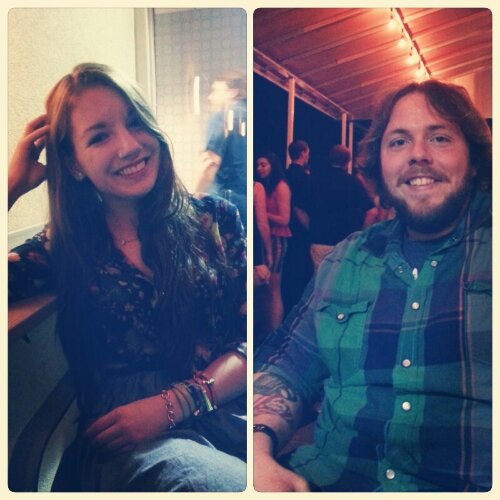 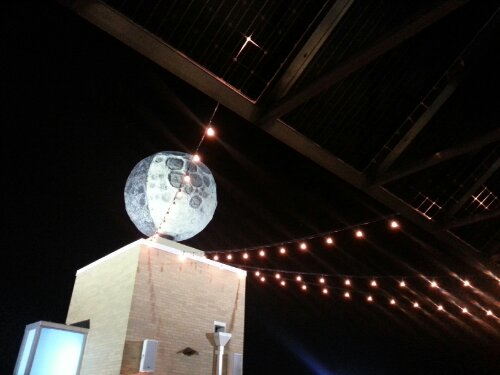 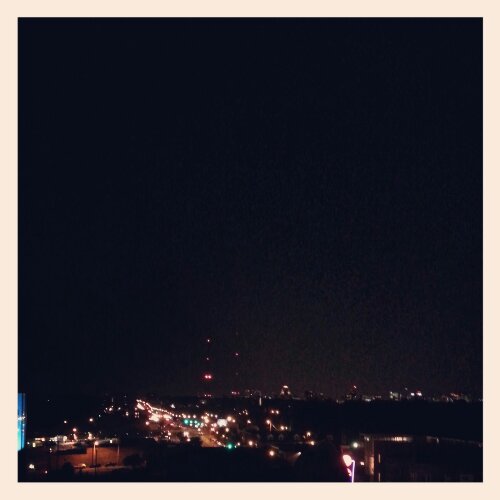 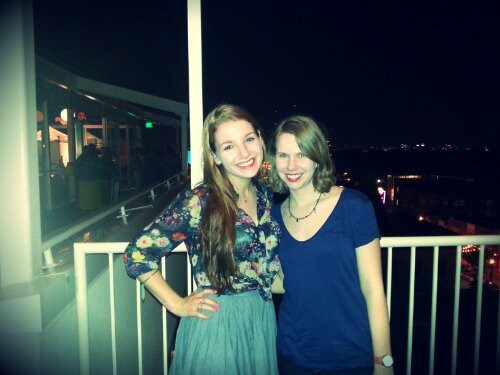