Tell me I’m not alone here, guys. Have you ever seen something in a store and known that younger you would love it, so you’re more inclined to buy it now?

In this line of work, I think about shopping a lot—and I’m nostalgic as all hell— so maybe this isn’t a frequent problem for other people; but, I often see an item I would have killed for as a teenager and I’m incredibly tempted to buy it now solely because I can. (I am employed woman, hear me roar!) That’s sort of what happened with this skirt.

Free People mini skirts are some of my favorites: the fit works out just right for my shape and they tend to have a good amount of stretch. I spotted this tiger print skirt in the sale room while shopping in Colorado, and 17-year-old me gasped. When I realized it was my size (and incredibly inexpensive by Free People standards) I decided it was mine. It didn’t even really matter how it looked in the dressing room—it needed to be mine.

Lucky for me, I like how it looks on just as much as teenage me liked it on the hanger. Whew. 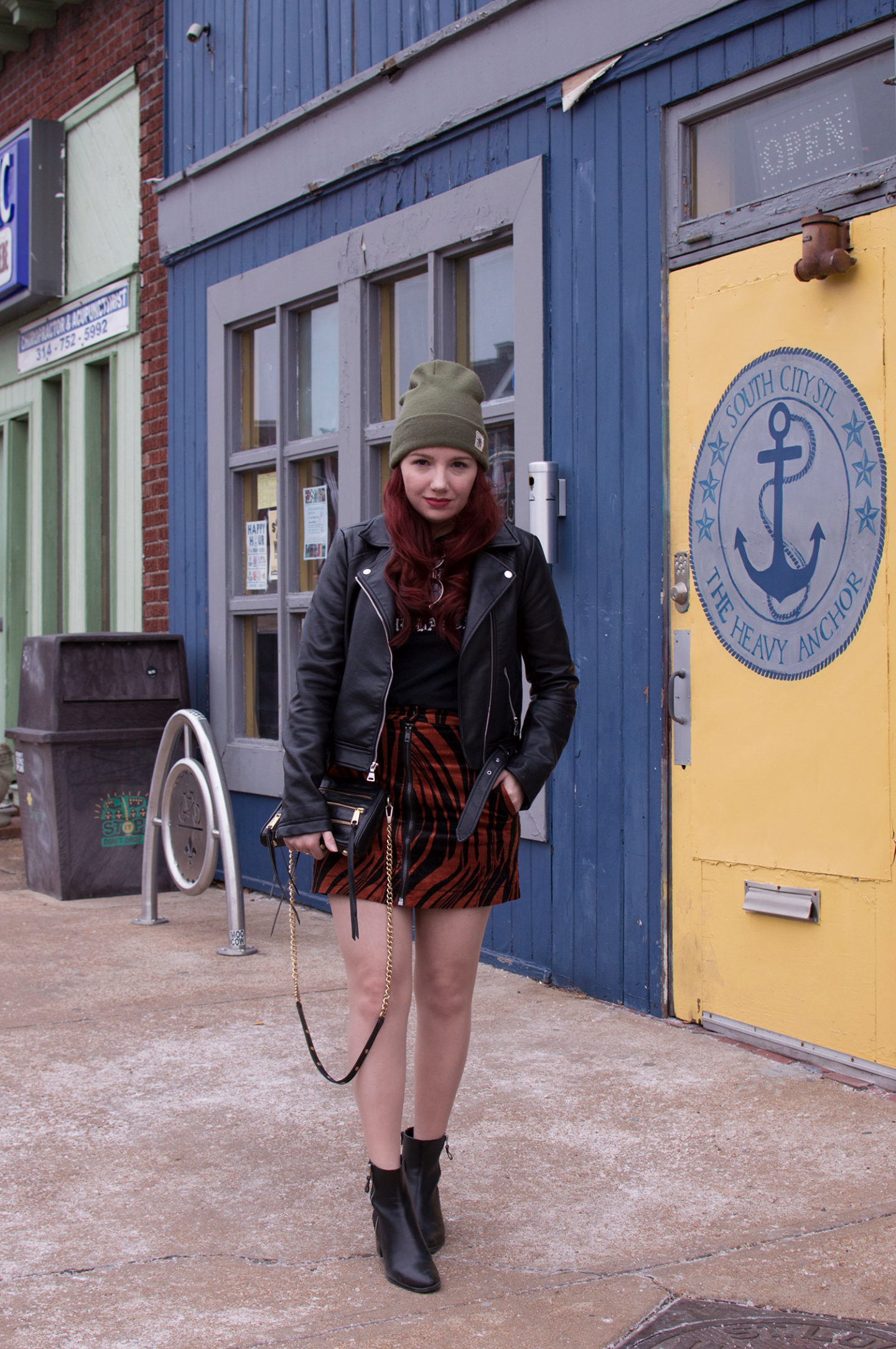 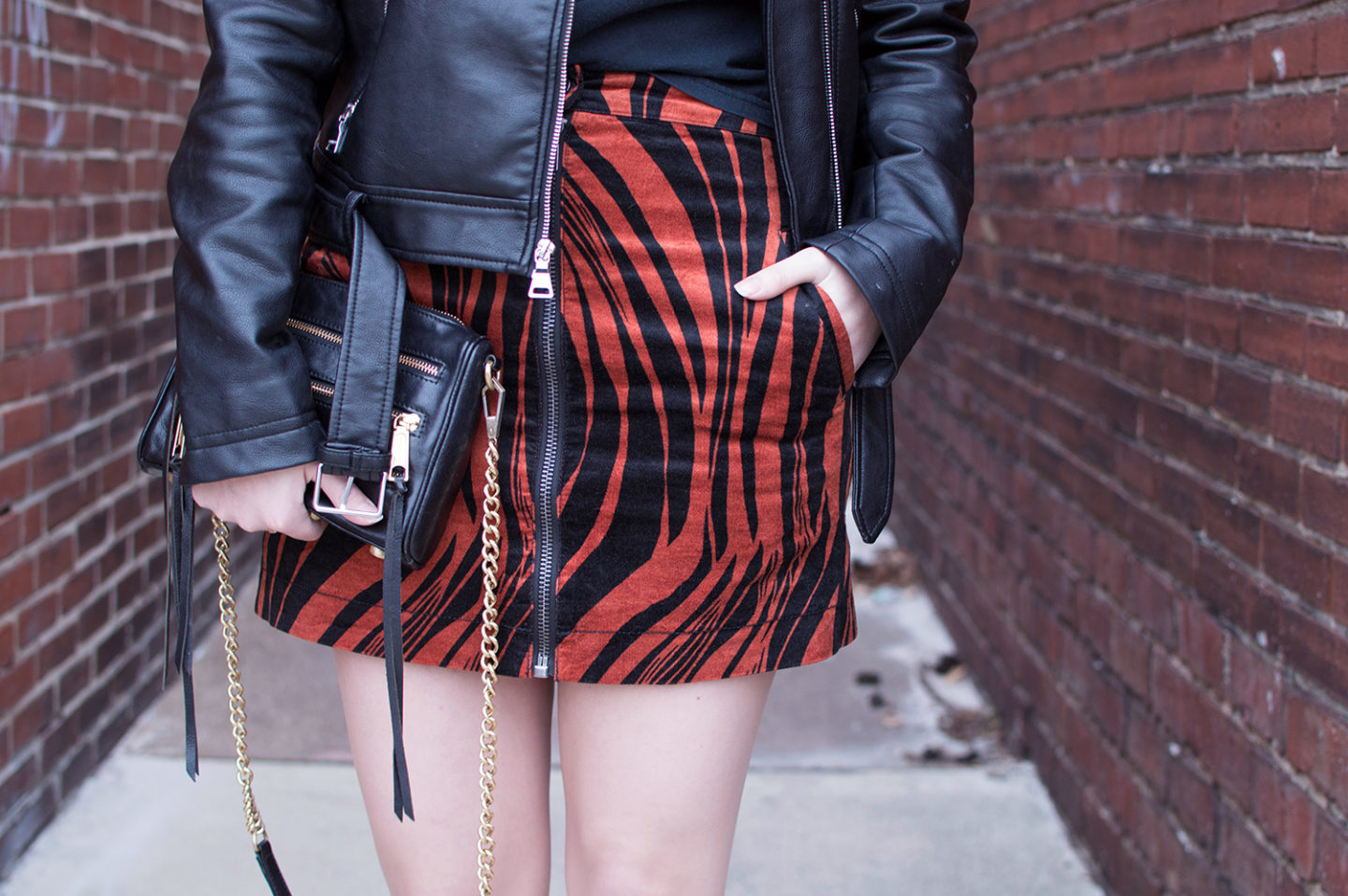 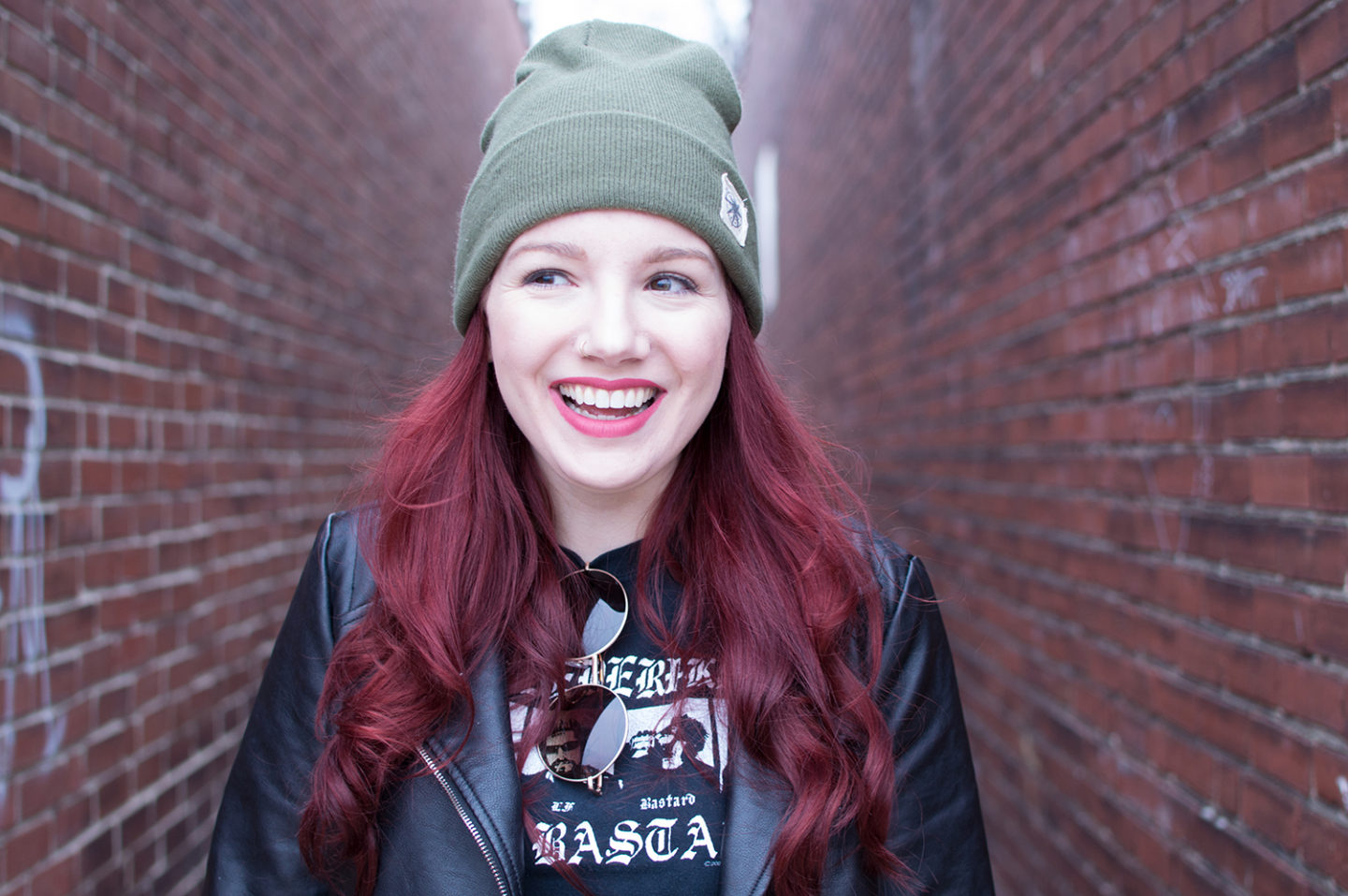 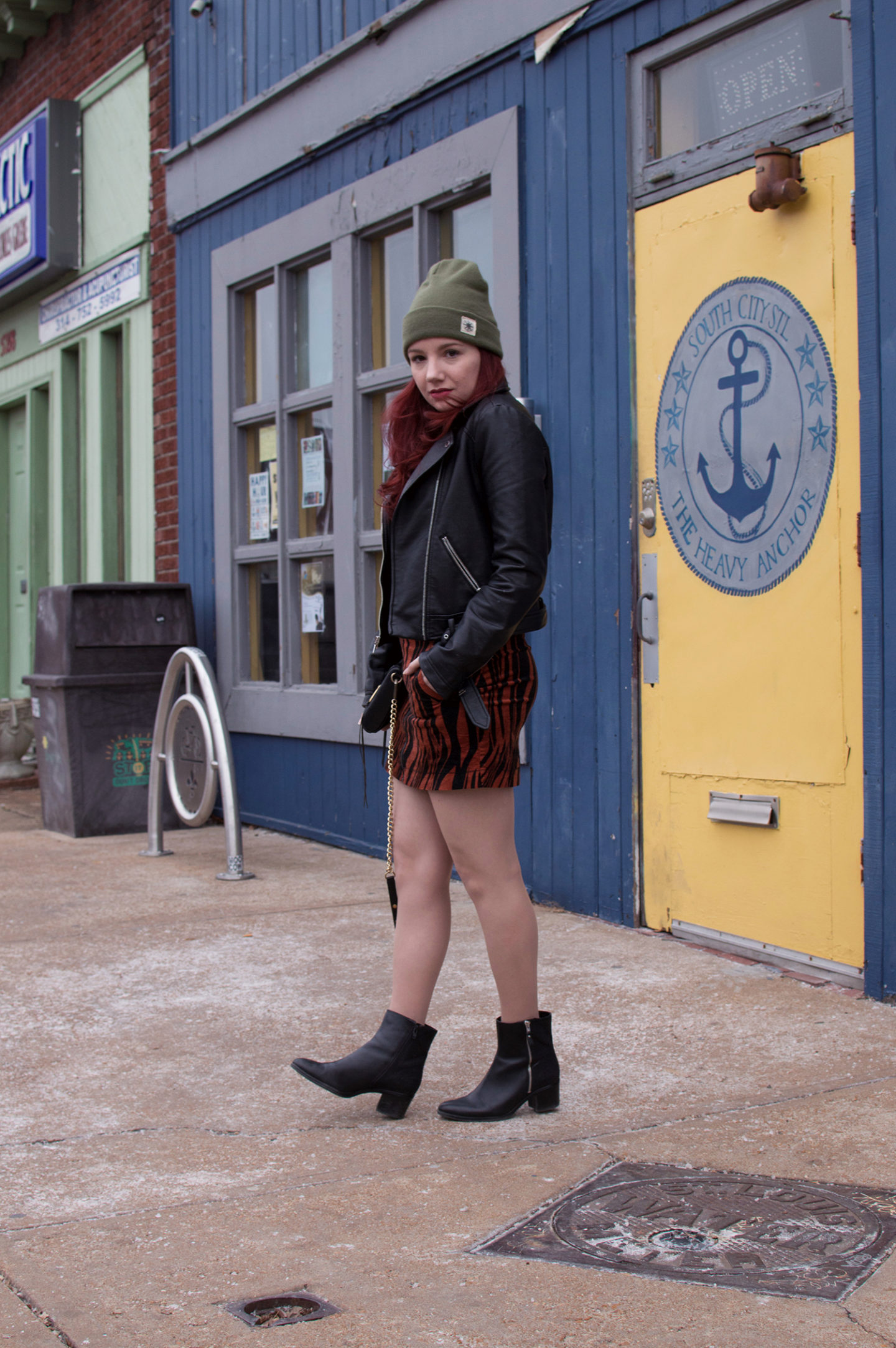 I’ll turn 28 in a few days, which is throwing me for a loop. I’m not sure why this birthday feels so big. Once I hit 29, I feel like you’re so close to 30 I mentally won’t be as upset (ha,we’ll see next year, won’t we?) But there’s something about 28 that feels like if you were fast enough, you could still grasp at your mid-twenties and hold on for a while longer.

What’s funny is I don’t think there’s anything wrong with being in your thirties or forties or older, as all I’ve ever wanted was to be older. I left home the minute I could, not because I dislike my mother but because I wanted all the fun that comes along with being grown-up. When my husband and I met, he had recently spend some time with a girl who was slightly older than I was, but he wasn’t interested because she seemed so young and immature. And yet when we got together, he never guessed I was still a teenager. (Except of course for my baby face. It’s a blessing and a curse, although comparing pictures makes me realize how little of it is still there.) Now that I’m here in solid, full-on adulthood, it does make me a little anxious—and make me wonder if people think I’m too old for this skirt. I just have all this time in this big quiet house while I work from home to think about it, which might be less than helpful. Feeling this way is normal I’m sure. Right? Right? Do I sound anxious? I’m totally not, but maybe you could reassure me just for fun. Ha! Ha! Kidding. Maybe.

Thankfully I’ll be on vacation on my actual birthday, eating dinner in Cinderella’s castle at Walt Disney World. There’s no way adulthood can catch me there.