I don’t understand what is happening with the weather. It’s hot, it’s cold, it’s hot, it’s snowing… I’m like ten miserable days into an allergy attack and it’s lousy. Since I can’t leave the house in pajamas—and FYI, short of five or six solid reasons, neither can you—I’ve been spending every off-the-clock minute in skinny jeans and cozy tops. My favorite? A combination I’m just now realizing is primarily from American Eagle. Can you say middle-school déjà vu? 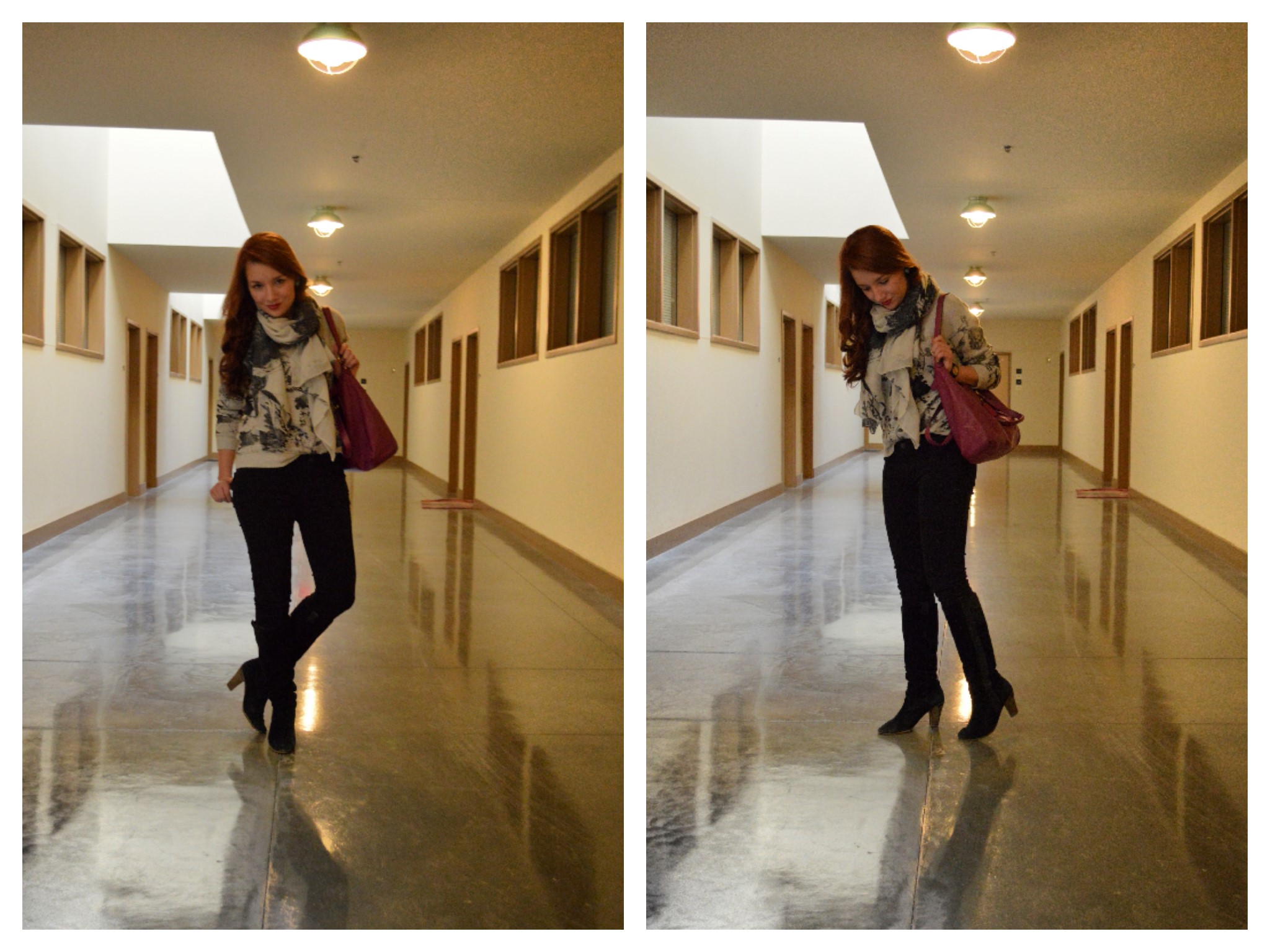 Off-Topic Rant: Yes, I am wearing jeggings. I know. Eww. Jegggggiiiiinnnngggss. I hate the word. But here’s the thing—they stopped making my favorite jeans right around the time they stopped making my favorite hair dye, which, needless to say, led to one emotionally-frazzled Julia. I actually angry-cried in a Target; it wasn’t pretty. Once I composed myself (and found new hair dye, thank god), I got to shopping. My jean-hunt was pretty narrowed down: skinny-legged, low-rise denim in a grey or black wash with decent pockets for less than $50. Simple, no? NO, NOT SIMPLE AT ALL. It was terrible. Everything was high-waisted or secretly navy or unbelievably expensive. A few things were even—gulp—awkwardly pre-distressed. Just when I began contemplating $150 pants, Lance convinced me to try the jegging. They look just like your old pants, he explained. You really won’t try them because they’re called jeggings? Uhh, obviously. But I eventually caved, mainly because I was running out of time before my old pair would be entirely unwearable. The jegging verdict? They’re ungodly comfortable and look fantastic. I haven’t decided if I’d like them outside of boots, but that probably won’t matter until June because it’s almost April and it’s still snowy and freezing. I originally hated the idea of a jegging because the first pair I saw was folded around cardboard like a pair of tights and lacked normal pant details, like pockets or a zipper. These are simply really tight, really comfortable skinny jeans that are thick and practical and just so happen to have the most unattractive name ever. Ideally, this will be the last time the word ‘jegging’ appears on this site, because even while wearing a pair the name makes me nauseous. Can’t we just call these Better Skinny Jeans, or something else equally not terrible? End rant.

One thing I will get out of my cozy clothes for? Tomorrow’s Saint Louis Fashion Week Kick-Off Party at Saint Louis Public Radio. (Oh, and work. But only because I have to.) Fashion, cocktails, and a style-related panel discussion? Count me in. I’ll see you there!