How’d this sale come into my life? Double discounts, baby.

This mauve Velvet Shirtdress by Holding Horses retailed for, by my research, $148. (It is sold out now.) It was marked down to $19.99 at my Anthropologie store, presumably because it was the last one there and it was missing a few buttons. Buttons are easy to replace, and it was simple to move a few I wouldn’t use on the sleeves to the neckline. I then used my 15% off birthday coupon to lower the price to just under $17, making this frock nearly 90% off. Score. 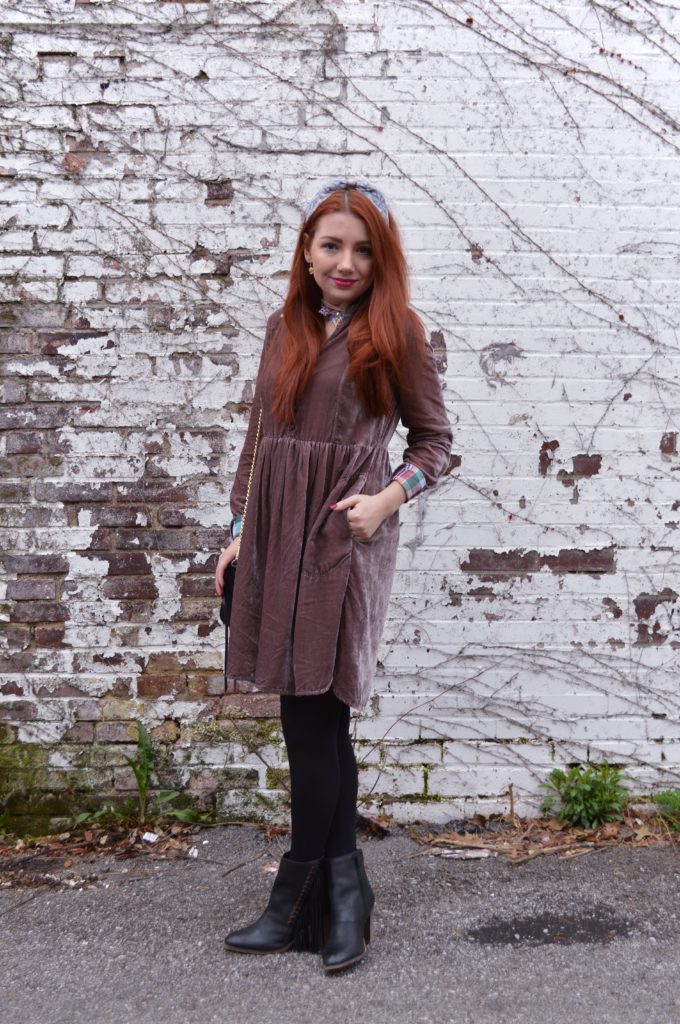 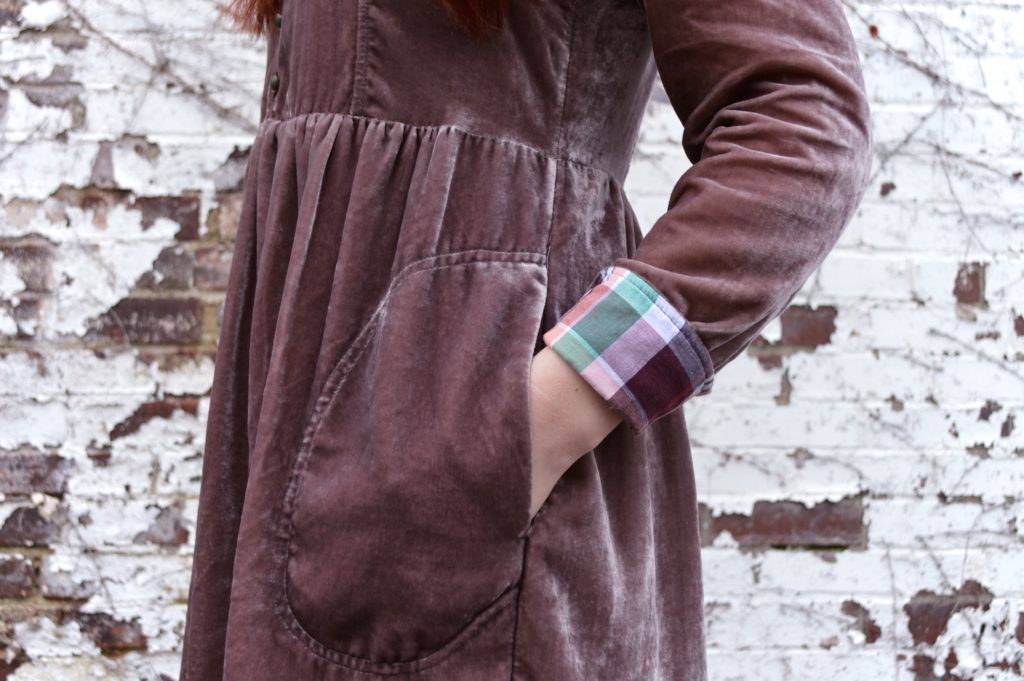 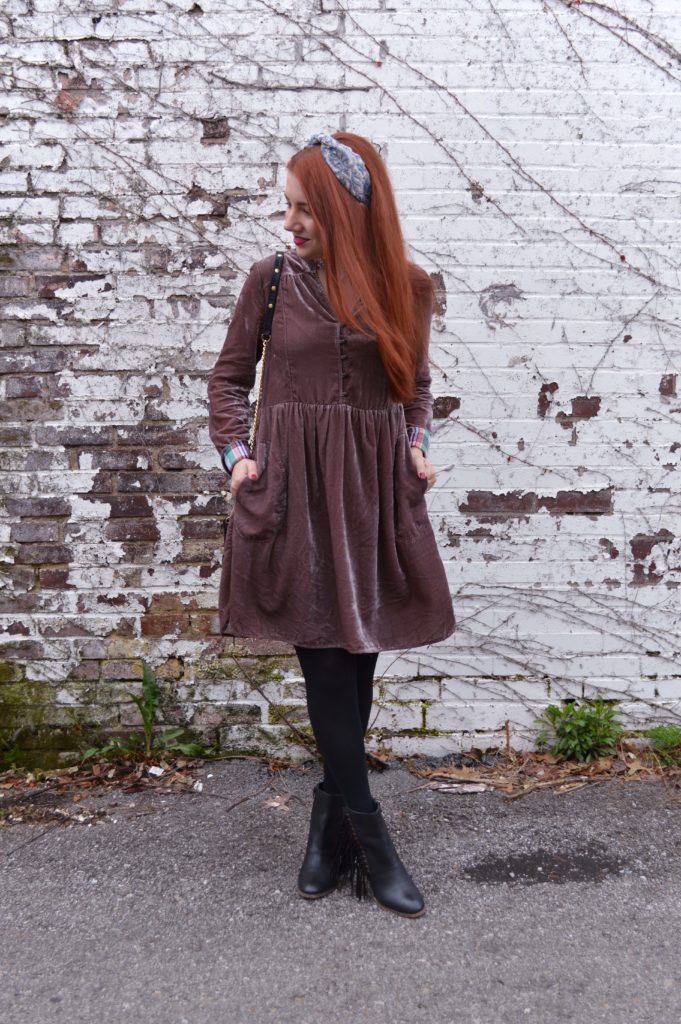 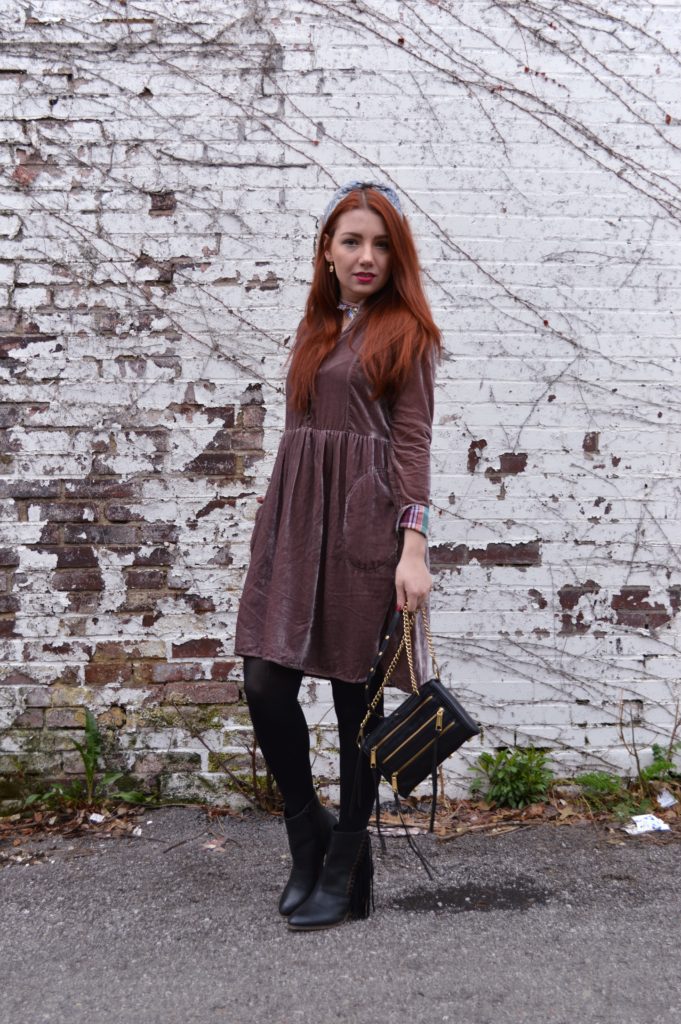 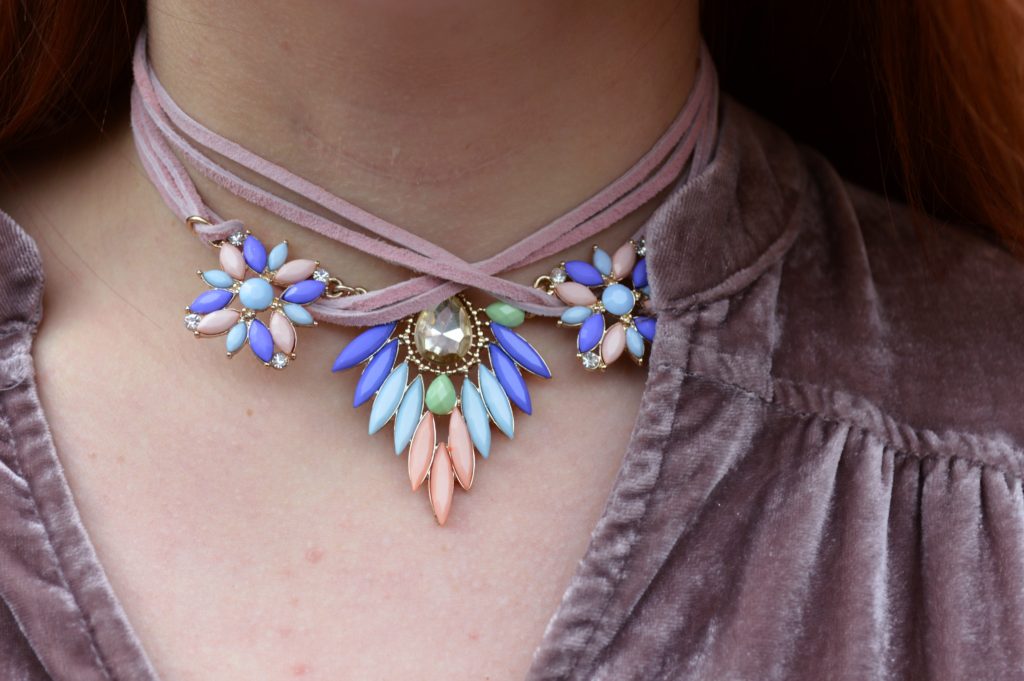 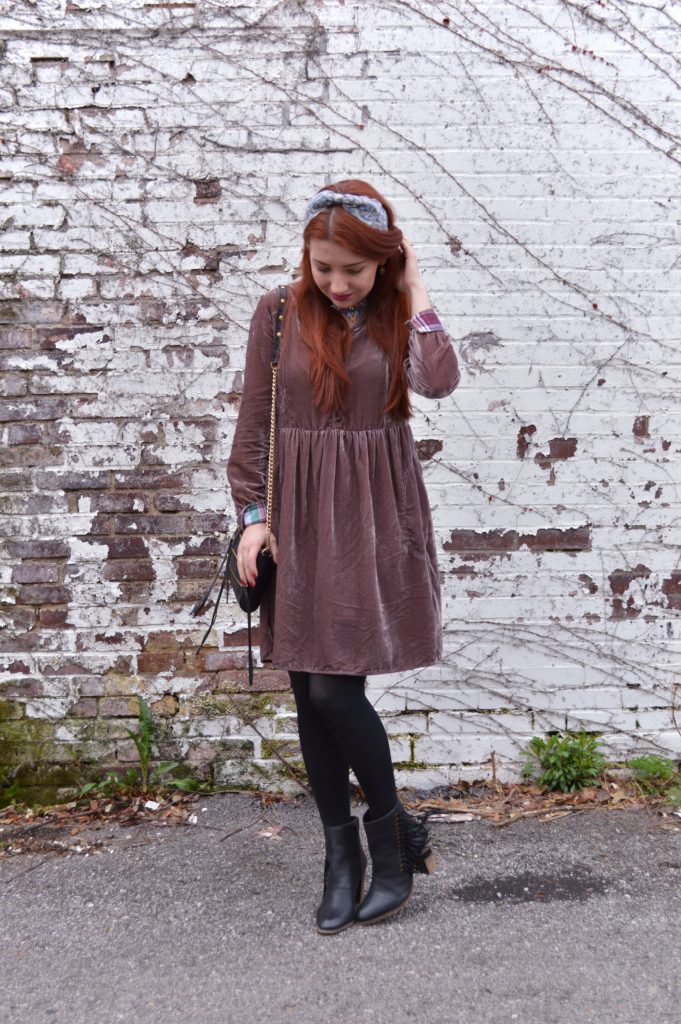 An important note to those who love a good deal: Don’t be afraid to step out of line. (As in the physical checkout line – don’t cross the figurative line of societal do’s and don’ts even if you’re pissed. We’ve all been less than nice to a cashier before, but it likely won’t fix the problems. I’m saying this to myself as much as I’m saying it to you.)

A pretty common occurrence for those who bargain hunt is being told a great deal won’t work. It can be as subtle as a cashier hinting at it before ringing in the coupon barcode or, in my experience, as extreme as someone trying to throw away your coupons. Back when I was doing the full-on grocery store couponing, binder and all, I even had a cashier shove all my coupons into the discard slot without ringing them because it seemed like I certainly was using too many. Uhhh, wtf?

Every time something like this happens, I get that surge of anxiety and am tempted to drop the topic and avoid looking painfully cheap as I fight for my 50 cents off Colgate; but, as much as I’d rather avoid confrontation, I’ve found it is worth investigating the fine print.

Why do I bring this up now? I wanted to save my extra few bucks on this dress using my birthday coupon, but the cashier at Anthropologie wasn’t having it. To be honest, it was a pretty shitty experience – as I’ve had happen in the past, she scoffed at how much I cared about saving the, albeit small amount of, money. I know, it’s like $3… but it’s my $3. I blush pretty badly when I get embarrassed, and I was bundled up in a coat so it made me start to sweat. It was after a long day at work, so my mind was a little foggy and my reasoning skills low. She kept refusing to try the coupon and I kept getting more and more flustered.

Instead of continuing to argue, I took a moment to read the fine print of the coupon; as I had thought, there was no mention of it not working on clearance items. So I calmly explained that it was not noted in the fine print and I therefore expected to receive the savings. When she continued to refuse, I asked her to ask her manager about the coupon… who promptly agreed that yes, the two discounts could be stacked. Lo and behold, once put into the system it worked perfectly fine.

This doesn’t always happen. About half the time I read the fine print only to see that no, this deal will not work out. That’s why it’s so important to avoid being as asshole – oh, and because you’re both humans and you should naturally want to be nice to other people, but I hope you already know that. You might be wrong. You’ll look twice as crazy then. However, as often as I find out I’m wrong about a deal, I find out the employee is wrong about a deal. We’re humans. Policies change. It’s cool. If you feel uncomfortable being potentially confrontational and you want a second to read over the fine print, say you forgot to look for some other item and you’ll hop back into line when you have it. Then use that time to comb through the terms and conditions like a discount-hunting Nancy Drew. You’re a savvy shopper; you can figure this out.

No one’s going to care about saving your money more than you.

P.S. Interested in making your own jewelry? See how I made the suede statement choker necklace seen in this outfit in this video.

Did you get a killer deal? Tell me about it in the comments or on Twitter!