I have a bad habit of keeping everything.

A few years ago, my mother picked up a couple of dollar shirts for Lance at a garage sale. One didn’t fit quite right, so I threw it in the pile of items to sell. Some time later (before I’d sold anything from the sell pile) I needed a few buttons fast, so I haphazardly took them off that shirt—and tore it in the process. Whoops. That makes it a little harder to sell. So, to avoid unnecessary waste, I put the shirt in a pile of scrap fabric… that somehow made its way to the hamper, where it sat at the bottom unwashed for, I don’t know, like two years. Ha. Ha ha ha. Hahahaha. That’s sad to admit aloud. But last week I actually removed and washed every item from the hamper, which is how I re-found the shirt.

I decided it was time to act, so I snipped off the collar and promptly put it on my cat. He looks hilarious wearing a collar. So. Funny. Once he was done rocking business attire, I put it on me. Less funny, but still good. 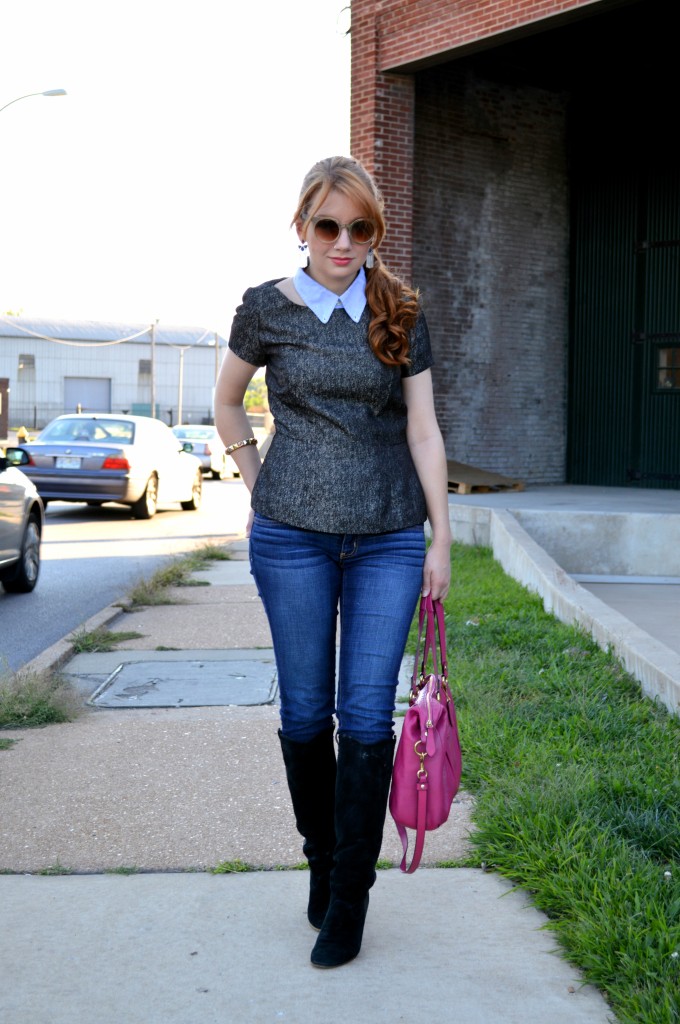 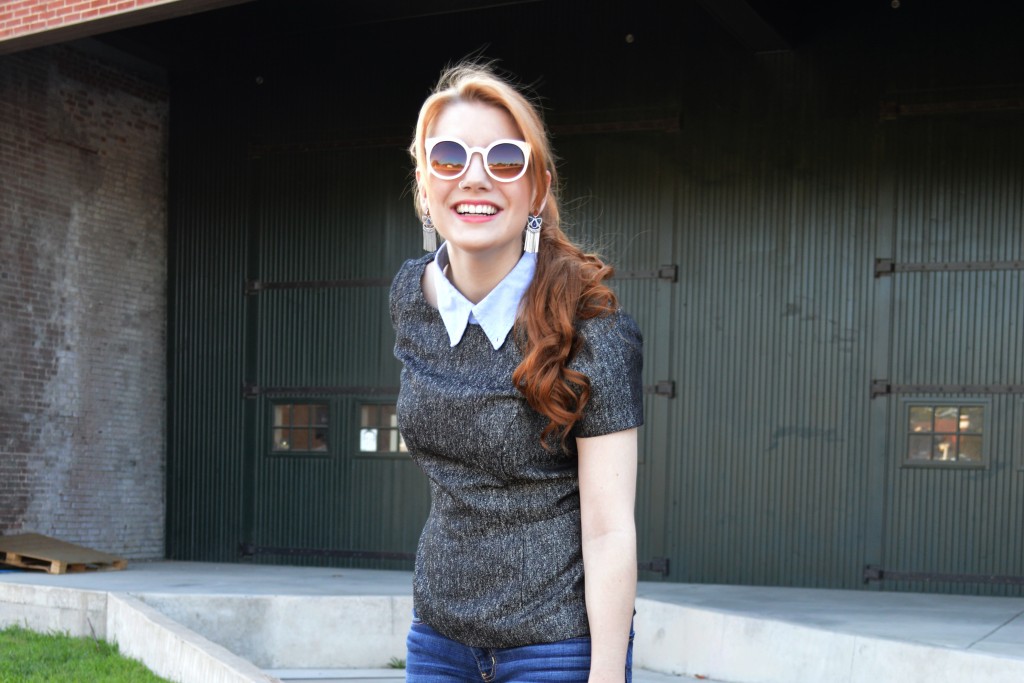 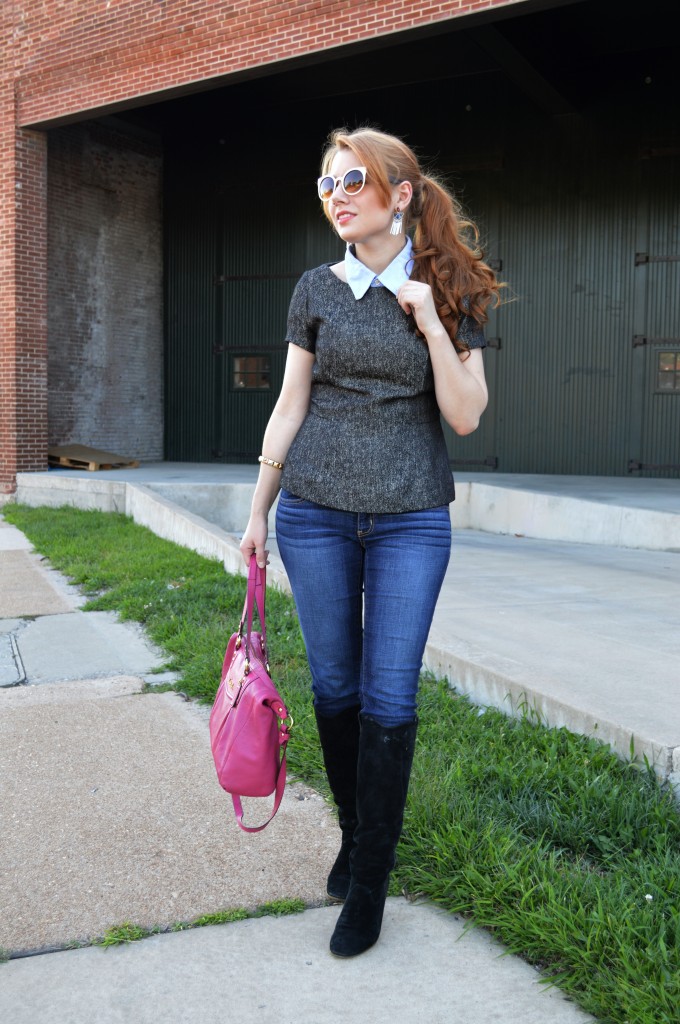 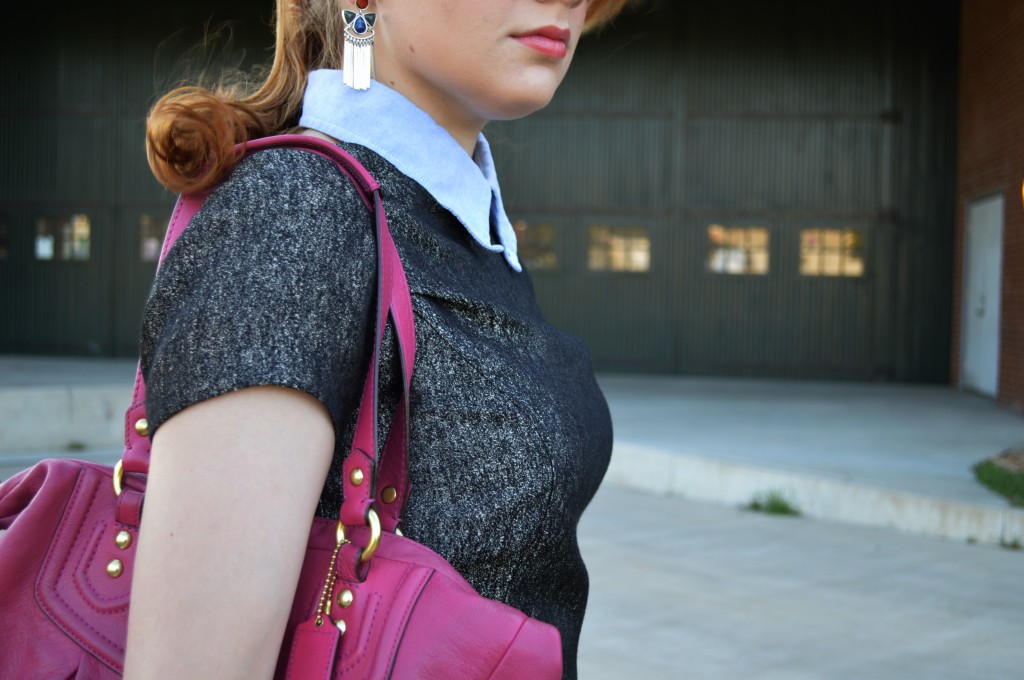 Stand-alone collars are far from new, but I rarely loved the way they looked. Wearing a boatneck blouse makes the collar pop against the bits of bare skin. I’m so glad I never threw the shirt out.

Messy apartment for the win! I’ll happily remember this next time I get rid of anything.